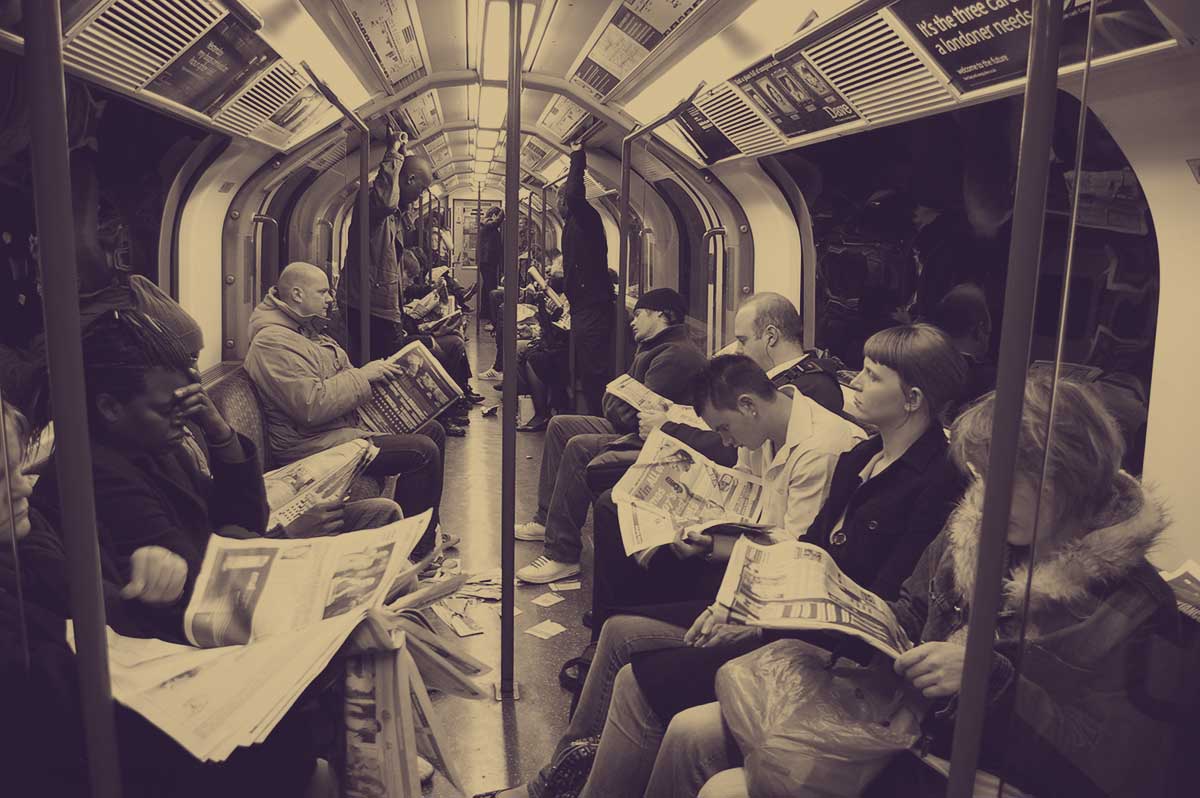 Marshall McLuhan, the Canadian philosopher of media, was best known for the phrase “The medium is the message.” That quote has been subject to numerous interpretations — and some have even been accurate.

At the risk of oversimplifying, it means that the vehicle through which a message is communicated is as important as the message itself.

McLuhan argued that “the medium” communicates something beyond the content, but like a fish in water, we are often unaware of what that is.

Take wedding invitations, for example. I have 38 cousins, and it seems like at least one of them gets married every year. They always send a paper invitation, not a digital RSVP. They are communicating – consciously or not – that this particular message is special. This is not an invitation to trivia night or happy hour or even a 5-year-old’s birthday party.

And I react differently to the paper invitation. Maybe I will save it longer. It occupies space, however small, in my home. I stick it to my fridge with a magnet. When things arrive via the post office, I treat them differently than when I receive something in my email inbox. I receive a news magazine’s digital newsletter every day, but when I get my print copy I stop, admire the cover, thumb through it and let my wife know it has arrived.

We all know this at some level. If I hand someone a gift in a brown paper sack, I know I am saying something by the wrapping (or lack of it).

Today, leaders of Catholic publications — news outlets, diocesan periodicals and other tools of evangelization — are asking themselves important questions about their print products. Can they continue to produce hard-copy newspapers and magazines at the same frequency, if at all? Perhaps more important, should they?

These are not easy questions. There are many dimensions to consider beyond dollars and cents. But advertising is nevertheless a good measure.

“In the world of advertisement, you do not start by the creation of an ad, but by studying the effect you wish to elicit,” McLuhan said in a 1972 interview with L’Express. “You create the cause after the effect has been defined.”

Advertisers consider their audience and what they would like their audiences to do after they see their ad. Advertisers still like print because people are less likely to multitask when reading hard copies, and if you are paying for an ad, you want people to pay attention. According to a 2018 study by the London-based media consultant firm Ebiquity, print advertising still has the highest return on investment.

In 2017, a study by the marketing firm MarketingProfs reported that 92% of 18- to 23-year-olds found print easier to read than digital content. Perhaps surprisingly, this age group was also more likely to trust and respond to print advertising over other media forms. That may explain why the total number of magazine readers in the United States grew between 2012 and 2018.

These numbers indicate that targeted print publications are still an effective means of communication. And a 2018 report from the printing company Freeport Press found that readers prefer print magazines over digital versions. The study also found that most magazine subscribers report spending more than 30 minutes with each issue.

This is not surprising, considering the attention that print demands of us. Print magazines and newspapers do not curate content for the individual, so subscribers see a greater variety of opinions side by side than they likely would when skimming their social media feed. There also is the impact of high-quality photojournalism. If you have ever seen James Nachtwey’s images from the Rwandan civil war in Time magazine, you will know how hard they are to forget. Nachtwey’s work demonstrates that photographs can be agents for solidarity.

What else is communicated through the “ancient” medium of print? As early as the 1970s, scientists measured brain waves to demonstrate how we interact differently with various forms of media and discovered that we have a more “active” response to print. “We shape our tools and thereafter our tools shape us,” John M. Culkin, S.J., wrote in a 1969 article about McLuhan in the Saturday Review.

By choosing print, publishers communicate that what they have to say is at least worth the cost of paper. They also signal that their message is worth taking up physical space, however small, on your coffee table or on your nightstand.

I do save copies of my favorite magazines. And I refer to them as “mine.” My print magazine arrives at my home, whereas I visit a website to read something online. We use different words to describe these interactions because they name a different relationship. As a reader, I am more invested — financially, emotionally and psychologically — in printed publications.

The trend toward digital is inevitable. The church needs to engage with audiences using digital platforms and to do so more often. But we cannot throw away print. Choosing to produce only a digital product is choosing economics over evangelization. It is choosing who you are evangelizing with, even though faith is meant to be universal.

Being a church that communicates effectively requires being aware of the strengths of each medium. This is the classic “both/and.” Being committed to communicating via print and digital platforms says the church is committed to reaching people in whatever platform they prefer.

Print will, without question, continue, even if it never regains dominance. Those who continue publishing will stand out from the rest and will be signalling that what they say is worth the extra expense. The Catholic Church in the United States and throughout the world has a story to tell. And it is a story that is worth telling in print.

“A message for Catholic media: Don’t let print die,” which appeared online May 20 on the website of America, a Jesuit publication based in New York. It was written by J.D. Long-Garcia, a senior editor