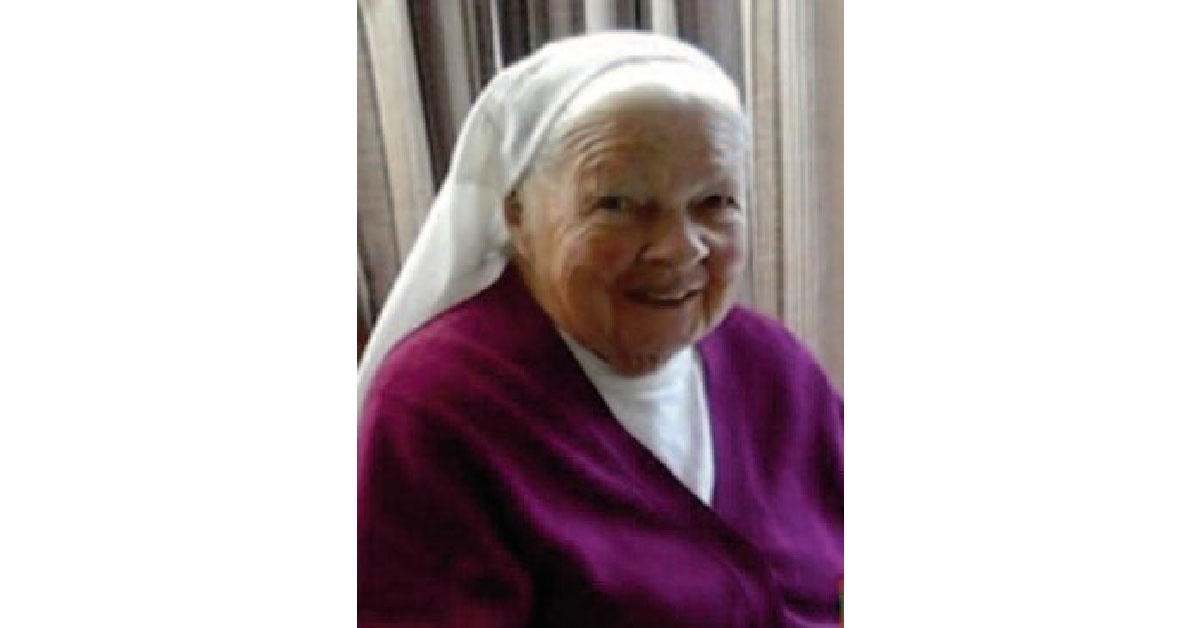 By Sr Catherine Hilkert OP – Dominican Sister Irenaea Christ died on May 29, during afternoon community Eucharist, at the age of 85.

Rosa Maria Christ was born on May 18, 1935, in Eisenharz in Bavaria, Germany, to Karl and Maria Christ. Rosa Maria had a very close relationship with her brothers Karl and Josef and her sister Ida.

At the age of 21, she entered the King Williams Town Dominicans and pronounced her first vows on August 4, 1958, at the novitiate in Schledorf, Germany.

Shortly after, she left for South Africa to begin her profession as cook and supervisor of kitchens.

From 1959 Sr Christ was at the Ermelo Convent School for five years, and then transferred to the Queenstown boarding school in 1966.

During this time her gift and skills began to reveal themselves in the ministry of hospitality, compassion and welcome to everybody, ranging from priests and visitors from Lumko Centre to groups of elderly sisters from Stutterheim coming for a day’s outing.

Part of her ministry was to visit people both at home and in hospital.

In 1972 Sr Christ was transferred to St Vincent School for the Deaf in Johannesburg.

This was a huge challenge as she had to cater for a community of almost 40 Sisters plus four boarding establishments. But this did not diminish her ministry of relationships and hospitality. Her “kitchen parlour” was a hive of activity as people, priests and sisters found a place of solace, prayer and rest.

Another aspect of her caring and concern was for Fr Lodi and others who worked in Soweto and who came regularly for food parcels.

In 2008 Sr Christ retired from St Vincent and became part of a small community of Sisters living in the parish of Rosebank, Johannesburg. Her ministry did not diminish but flourished in both the parish through her social/bible prayer group, and at home by her open-house availability.

In 2018 she moved to St Mary’s Convent where she still maintained her relationships through a steady flow of visitors.

In William P Young’s novel The Shack, the figure of God— who is a great cook—says: “Life takes a bit of time and a lot of relationships.” This is truly a description of Sr Christ’s life.