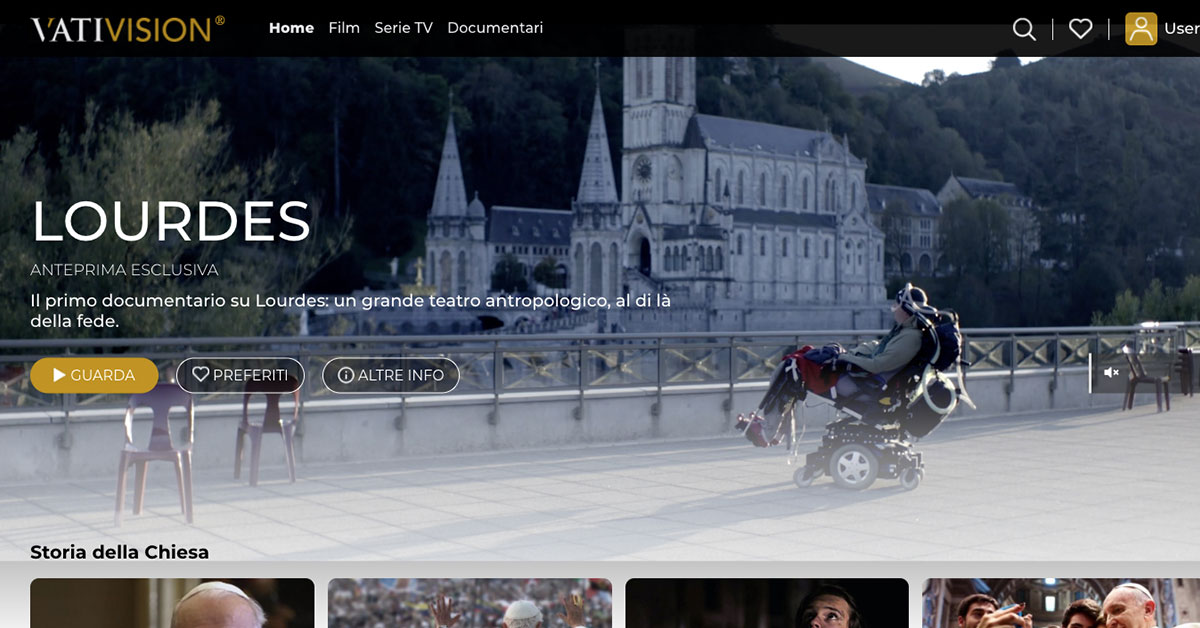 A screenshot of the “VatiVision” website, a new video-streaming service launching in Italy June 8, 2020, that will feature movies, documentaries and series available for rent or purchase. Paolo Ruffini, prefect of the Dicastery for Communications, said that although Vatican Media will collaborate in producing content, the Vatican is neither funding the service nor has it any say in what content will be made available. (CNS photo/Junno Arocho Esteves)

By Junno Arocho Esteves – Vatican officials expressed their support for a new video-on-demand service aimed at adding religious programming and content to the already jam-packed field of video-streaming services.

During a news conference on June 4 announcing the launch of “VatiVision,” the new streaming site, Paolo Ruffini, prefect of the Dicastery for Communication, said the platform will allow people to “access content of quality and value that would be otherwise unobtainable, lost or forgotten.”

“For this reason, I am happy that VatiVision will also distribute some content made in collaboration with Vatican Media,” he said.

Despite its name, Mr Ruffini said that VatiVision is an independent initiative and that the Vatican is neither funding the service nor does it have any say in what content will be made available.

VatiVision also received praise from Mgr Dario Vigano, vice-chancellor of the Pontifical Academy of Sciences and Mr Ruffini’s predecessor. The new platform, he said, is an example of Pope Francis’ observation about “the great potential that new technologies offer us.”

“We are before a gift from God, that is, a resource that can bring good fruits,” Mgr Vigano said.

The video-streaming site, which was developed by the Italian media distribution company Vetrya and production company Officina della Communicazione, features religious-themed programming as well as movies, documentaries and series related to art and culture.

Unlike other video-streaming sites, such as Netflix, Amazon Prime or HBO Max, the VatiVision platform will not have a monthly payment plan for its service. Instead, it adopted a video-on-demand structure akin to Apple iTunes and Google Play where users can either rent or purchase programs.

VatiVision launched in Italy on June 8 and will eventually expand to other countries in Europe and Asia, as well as North and South America. It will be available as an app on Apple, Google Android and Samsung for smartphones, tablets and smart TVs.