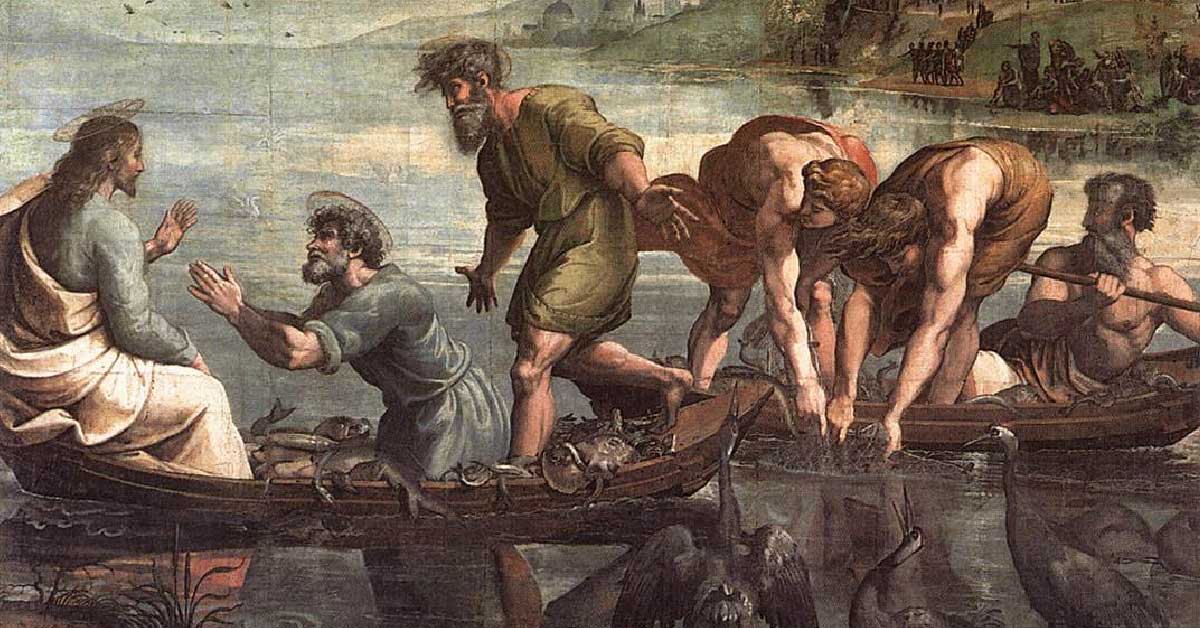 Each one of us will at some stage have to walk into the darkness, letting go of all that we cling to in this life. This is our cross, the centre point where we are united with Christ to be transformed into something new, and something wonderful. It is at this convergence that our consciousness is expanded beyond the divisions and false boundaries into that connectedness as Image bearers of Light and Love, our connectedness as the human family.

But first there must be the letting go, a purging.

When leaders of the Catholic Charismatic Renewal heard Franciscan Father Michael Scanlan, the president of Franciscan University of Steubenville, deliver a prophecy in 1976 about a time of lawlessness and shuttered churches, no one imagined such a scenario occurring soon, or ever:

“… Depending on God’s protection does not mean hunkering down and letting the darkness descend. I think we should fight against the darkness. Be a light; be salt; be a blessing; be mercy to people. Work to keep schools and parishes going. We’re not supposed to give up, but the Lord is saying something bigger is happening. We need to take note of it. We need to make sure that if the schools close, the parish closes, it’s not the end of the world because God is in control and has a plan and a purpose for us. If buildings close, other things are going to open up.” NATION | JUN. 25, 2020

God has a plan!

Before the first moment of time exploded into being, to the remotest birthing of the stars of the cosmos, God has a plan. In due time this plan of God was spoken and the Word resonated within that time and in space. To gaze into the depths of creation, is to see God’s plan revealed.

For us, as the human family of this earth, God also has a plan. From the first moment of our creation, God breathes into us the most intimate kiss of life so that at every breath that we take, from our birth until death, gives glory to God’s name. We breathe in and we breathe out; “Yahweh, Yahweh, Yahweh…” our first ancestor and the Breath of Love.

Through the sacraments of Baptism and the Eucharist, we are born again into the Life of Christ, the Life of God and the body that makes up the family of God within the community of believers. Yes, there will always be those who seek to appropriate to themselves God’s gifts for misdirected and selfish motives, but God’s plan cannot be defeated.

This is the revelation of God’s plan which I trust; the plan that gives me hope; the light that no darkness can ever overcome. In God’s plan darkness and evil are overcome, so that even death does not have the last say. This is God’s plan and so we are not afraid.

Whether we are generous or selfish, rich or poor, academic scholar or simple gardener, con-man or philanthropic; we all desire to be happy. All our actions, even when misguided, are aimed at discovering this goal, this treasure beyond all other possessions.

Jesus uses this word treasure to describe the Kingdom of God; the notion of something hidden, but also waiting to be found. I guess this is why the word treasure is so alluring; it’s an invitation to adventure, to seeking. The adventure itself is also a kind of treasure; we learn so much from the journey.

But unlike the fairy tales, most treasure just makes us richer, it only ‘incrementally’ changes our lives. The treasure Jesus is speaking of changes everything; it is the greatest treasure in existence.

The man of the gospel finds the treasure in a field by chance unlike the merchant who is searching for this treasure, and he hides it again. It seems the treasure belongs in the field and he can only own the treasure if he owns the field.

The man goes off happy. Look at the smile on his face and the bounce in his step! But where is he going? He’s going off to sell everything he owns so he can buy the field. Everything he owns! His relations probably thought he was suffering from PTSD.

This is in contrast to another man who is offered the treasure by Jesus. He too has to sell everything he owns, but he doesn’t, he can’t. He goes away sad because ‘he was a man of great wealth’. There is something about the treasure which measure a person; something which uncover the true orientation and ‘attachments’ of our hearts.

The parable leaves us with some questions. What is the treasure? Is it enough to say that it is the kingdom of God? And what is the field? Why can the treasure not simply be removed from the field? And what was the ‘everything he owns’ that the man sold?

The parable of the sower and the field leads us to the answer. The field, of course, is our hearts, where both good and evil are to be found.

As the parable states, the treasure is the reign of God, the Kingdom. But there is something much more here as Jesus has stated; something more than the Wisdom of Solomon- the divine Wisdom in the Logos who has become for us the way, the truth and the life. Jesus himself is the treasure.

And one of our most beloved possessions, is the control we exercise over the direction of our lives, in other words, our plans for ourselves. We all have them. They are the pathways to the treasure we imagine we want. Our plans lead to the place where we think our happiness is to be found, and all too often our treasure, and the happiness we imagine it will bring, has little to do with God’s plans and ultimately little to do with what will make us truly happy.

The man in the gospel glimpsed the treasure and hurried off eagerly to set himself free from all that had now suddenly become worthless to him. It would be a wonderful thing if such a change could be definitively made in a person’s life with no second thoughts or clumsy stumbles. Unfortunately, the temptation to take back what we have given is always present; we are so attached to our opinions, our perceptions of status, and our plans.

But God understands all that, and works with us, sharing the load and the burden so that our goal of total possession of both field and treasure may one day be realised; is already realised, but not yet!

Patiently, every now and then, at a time of God’s choosing God takes from us one or other little trinket, some little plan we had been hiding from God and clinging to. Each time God gives us another opportunity to renew our commitment to both the journey and the goal, and especially our commitment to each other.

Christ is present: in the Eucharist, in the person of the priest, in the word of God, and also in our souls. When the first two aren’t available, we are called to develop an understanding of and appreciation for the other two.

Jesus invites each one of us, as an individual who stands before him in all our freedom, to let him show us the treasure buried in the field of our true self, the place where our true happiness is hidden, and waiting to be found. The journey inward allows us to read the book of Genesis with a new awareness and a loving embrace of the elements of the universe as brothers and sisters: brother wind, sister water, brother fire and sister earth. This was the vision of St Francis that redeems and transforms despair into hope.

The Ascension Of The Lord Reflection