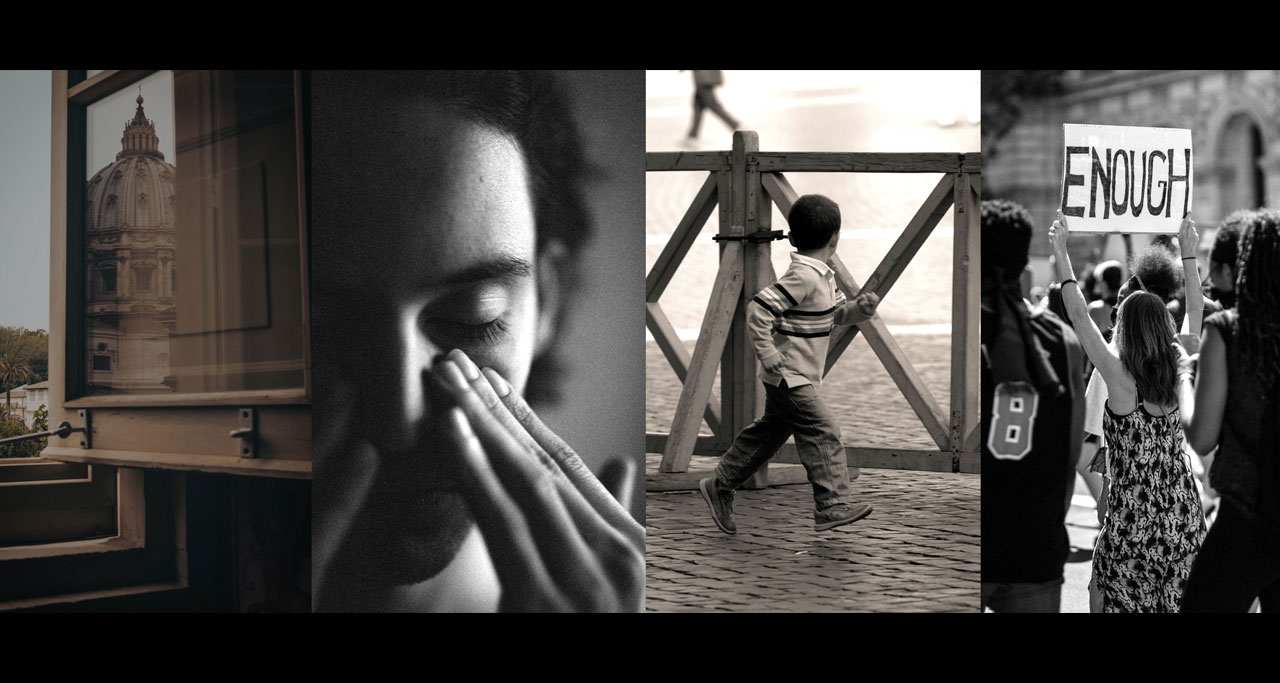 This is a screenshot from the website dosckrzywdy.pl/eng/. Pope Francis said he is praying for Catholics who asked him to intervene in Poland’s abuse cases. (CNS screenshot/dosckrzywdy.pl.)

By Carol Glatz – Pope Francis said he was praying for the hundreds of Catholics in Poland who turned to him directly, urging him to “rebuild our church” and criticising the country’s bishops for hiding cases of abuse against minors.

Matteo Bruni, head of the Vatican press office, said the pope was aware of the appeal paid for by more than 600 Catholics in Poland so that it could be published as a paid ad in the Italian newspaper, La Repubblica.

The pope “is praying for those who have turned to him,” Bruni said in a written statement.

“The entire church must do everything possible so that canonical norms are applied, cases of abuse are discovered and those guilty of these grave crimes are punished,” Bruni said, referring to the pope’s position.

The Vatican statement reflected the response given to La Repubblica after the group of lay Catholics published the appeal in the paper and on a website in four different languages at dosckrzywdy.pl/eng/.

The appeal begged the pope to “look with care at the church in Poland where bishops are hiding cases of paedophilia.”

“Loyalty to the institution is blind, deaf and more important than the victims,” it said, criticising the body of bishops and the Vatican nuncio of “pretending not to see” abuse or for remaining silent.

The appeal’s authors, who say they are a group of lay Catholics who are actively involved in the church and its ministries, “decided to take a public stand and sign an appeal to Pope Francis” after seeing no response was given concerning cases of abuse and negligence reported to the Vatican’s Congregation for the Doctrine of the Faith and the Congregation for Bishops.

The lack of decisive action being taken by the Vatican has been causing division in the church in Poland – between those who care about the institution’s image or reputation “and those who care (about the) victims,” it said.

The group said, “We decided on this almost desperate move to appeal to Pope Francis in the Italian newspaper because we love the church and we can no longer remain silent in face of the evil growing in it.”

Allegations of abuse and cover-up by bishops have been increasing over the years, it said, indicating that even if only some of the charges were true, it still shows “the outrageous scale of abuse connected with hiding paedophilia” as well as cases of violence and harassment against priests and consecrated persons.

Among the bishops the group listed was Bishop Edward Janiak of Kalisz, who came under scrutiny in a recent documentary investigating his reported lack of action and delay in responding to accusations of the abuse of minors.

Archbishop Wojciech Polak, primate of Poland and the bishops’ delegate for child protection, announced in mid-May that he would ask the Vatican to initiate proceedings against Bishop Janiak for failing to discipline a priest incriminated by the documentary.