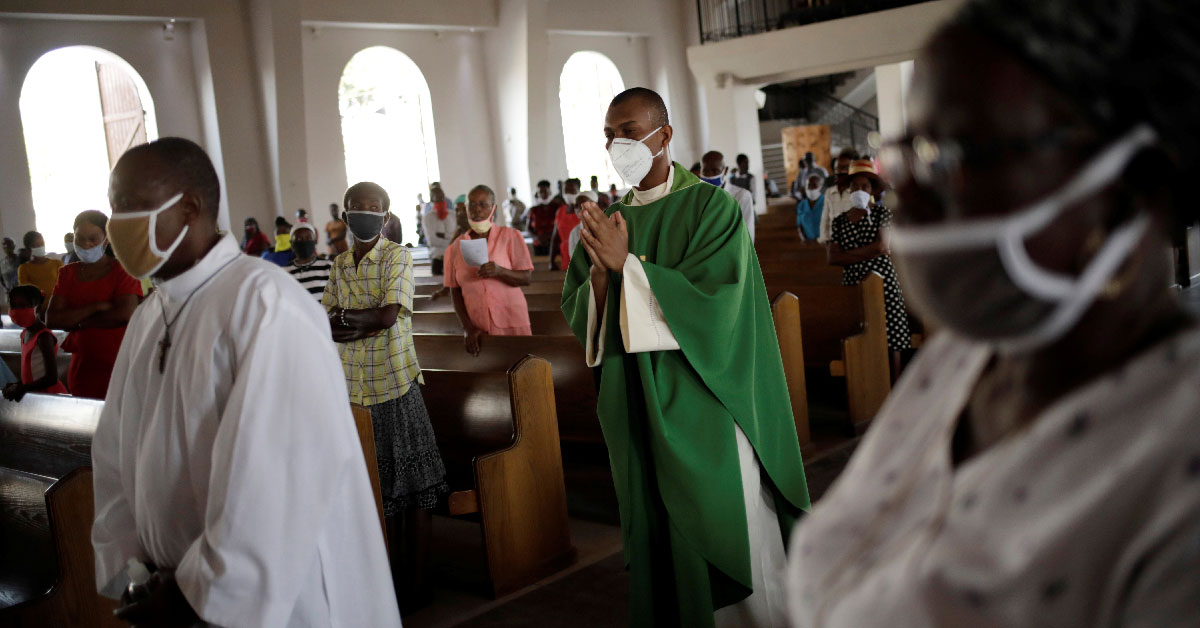 The Vatican issued a new instruction July 20 on pastoral care that emphasises the role of lay men and women in the church’s mission, but said most parishes must be led by priests. (CNS photo/Andres Martinez Casares, Reuters)

By Junno Arocho Esteves – The Vatican’s Congregation for Clergy issued a new instruction on pastoral care that specifies the role of lay men and women in the church’s mission of evangelisation and offers guidance in parish reforms and restructuring.

The 22-page document, titled “The pastoral conversion of the parish community in the service of the evangelising mission of the church,” was released by the Vatican July 20.

While it does not introduce new legislation on pastoral care, the Vatican press office said it was developed by the congregation as a guide related “to the various projects of reform of parish communities and diocesan restructuring, already underway or in the planning process.” It also clarifies the role of the deacons, consecrated men and women, as well as the laity, in dioceses where there is a shortage or lack of priests.

Those entrusted with participation in the exercise of the pastoral care of the community, the document states, “will be directed by a priest with legitimate faculties, who will act as a ‘moderator of pastoral care,’ with the powers and functions of a parish priest, albeit without an office with its duties and rights.”

The document also instructs bishops to not designate deacons, consecrated and lay men and women who are given responsibilities in a priestless parish as “pastor, co-pastor, chaplain, moderator, coordinator, parish manager,” which are typically reserved for priests “as they have a direct correlation to the ministerial profile of priests.”

Instead, those with responsibilities should be designated as “deacon cooperator, coordinator, pastoral cooperator or pastoral associate or assistant,” it said.

Laypeople, the document states, are called “to make a generous commitment to the service of the mission of evangelisation,” first and foremost, through the “general witness of their daily lives.”

The Vatican press office said, “The text, fundamentally, recalls that ‘in the church there is room for all and everyone can find their place’ in the one family of God, respecting each person’s vocation.”

Mgr Andrea Ripa, undersecretary of the Congregation for Clergy, said their office created the instruction as a way to help support and guide bishops and dioceses in parish reforms and diocesan restructuring.

The instruction was not a “one size fits all” approach, he wrote, but a concise overview of current norms and indications that can be utilised by the different dioceses and parishes according to their unique situations.

“Given that the church is mandated by Christ to be missionary, evangelising and outward-looking, a reform of her structures is continuously required in order to respond to the challenges of the day,” the monsignor wrote.

“Naturally, this involves a certain reorganisation in the way the pastoral care of the faithful is exercised, so as to foster a greater co-responsibility and collaboration among all the baptised,” he wrote.

The importance of the laity in the parish community was emphasised in the way bishops work on restructuring the diocese, particularly when it comes to closing or merging parishes.

In order for such restructuring to succeed, the document said, many factors need to be taken into account by including all members of the parish.

“Dropping plans upon the people of God from above, without their involvement, should be avoided,” Msgr. Ripa said in his written presentation.

The instruction underlined that certain reasons were not sufficient for suppressing a parish, including “the scarcity of diocesan clergy, the general financial situation of a diocese” or other situations that are temporary or reversible.

Legitimate reasons for suppression had to be “directly and organically connected to the interested parish community, and not on general considerations or theories,” it added.

Similarly, legitimate reasons for the deconsecration and sale of places of worship could not include “the lack of clergy, demographic decline or the grave financial state of the diocese,” it said.

Contributing to this story was Carol Glatz.