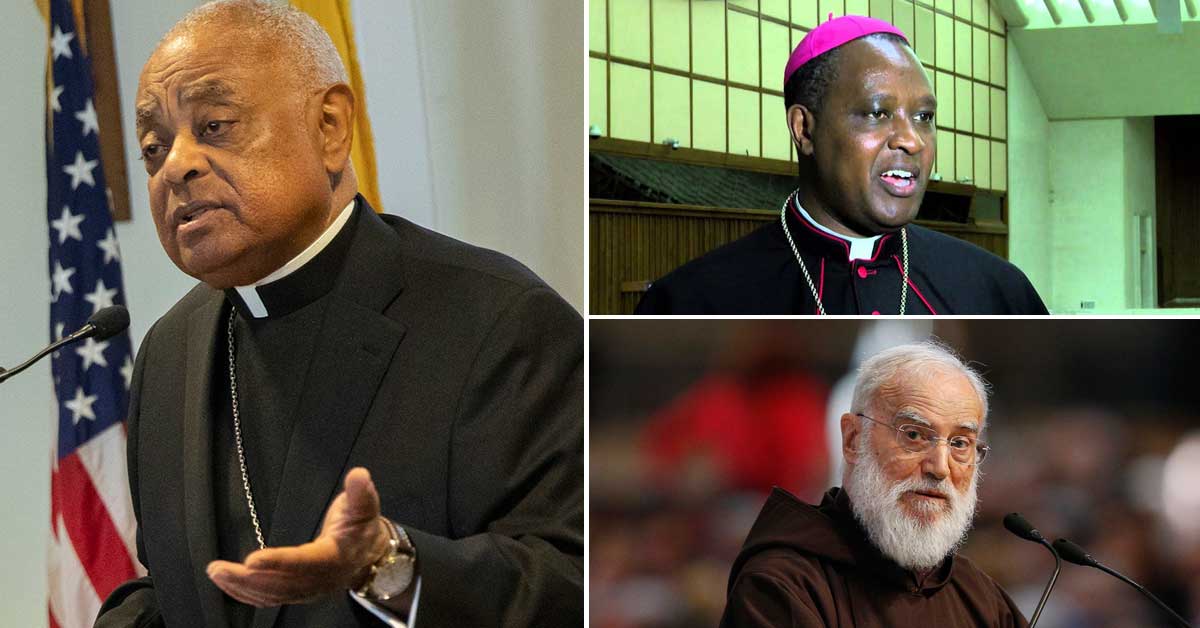 The pope made the announcement at the end of his Angelus address October 25, telling the crowd in St Peter’s Square the names of the nine cardinals under the age of 80, who will be eligible to vote in a conclave, and the names of four elderly churchmen whose red hats are a sign of esteem and honour.

In addition to Cardinal-designate Gregory, who will be the first African American cardinal from the United States, the pope chose as cardinal electors two officials of the Roman Curia and bishops from Italy, Rwanda, the Philippines, Chile and Brunei.

US Cardinal Donald Wuerl, retired archbishop of Washington, will celebrate his 80th birthday November 12, before the consistory. Italian Cardinal Angelo Becciu, whom the pope dismissed as prefect of the congregation for saints in late September, is 72 but renounced the rights of a cardinal, including the right to enter a conclave to elect a new pope.

Italians will continue to have an large portion of the electors, rising to 22 of the 128; the United States will stay at nine voters with Cardinal-designate Gregory taking Cardinal Wuerl’s place.

Here is the full list of the new cardinals, in the order named by the pope:

— Maltese Bishop Mario Grech, 63, secretary-general of the Synod of Bishops.

— Archbishop Antoine Kambanda of Kigali, Rwanda, who will turn 62 Nov. 10.

— Franciscan Father Mauro Gambetti, custos of the Sacred Convent of Assisi in Assisi, who was to celebrate his 55th birthday Oct. 27.

Ok, What’s a Name Day? The Pope’s Just Celebrated His…