The Martyrs Buried at the Valley of the Fallen 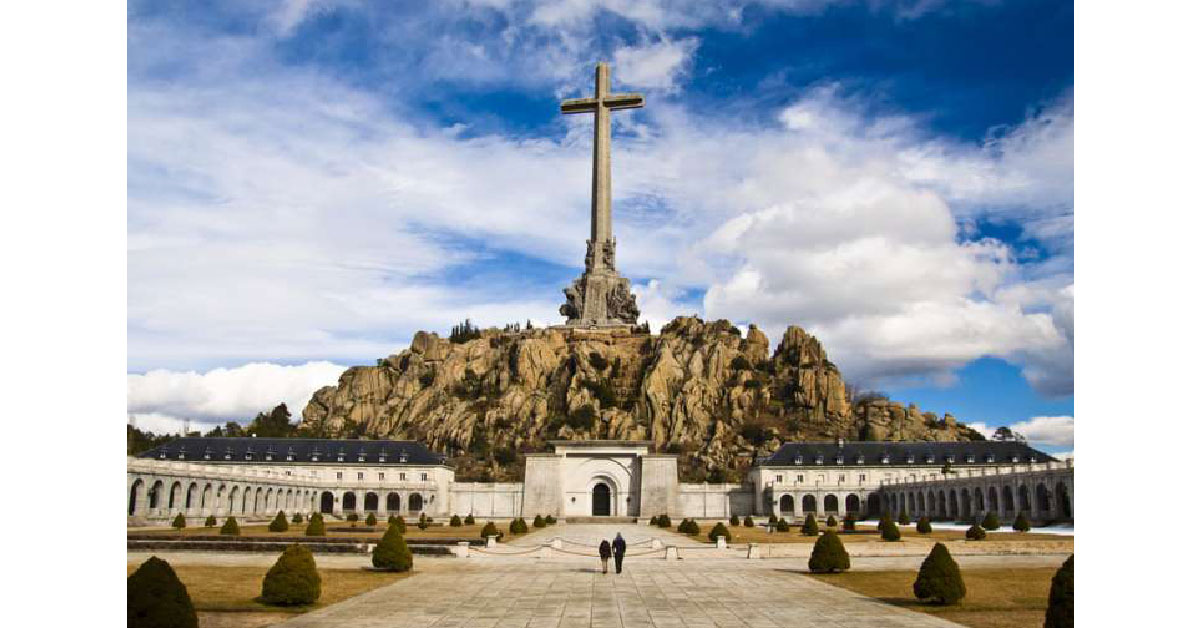 The Valley of the Fallen is a monumental complex near Madrid which includes an abbey and basilica, and which honours the fallen of both sides during the Spanish civil war. The bodies of more than 30,000 victims of the war are buried in the complex.

Among them lie 57 Blesseds and 15 Servants of God.

The Spanish Civil War of 1936-39 was fought between the Nationalist forces, led by Francisco Franco, and the Republican faction. During the war, Republicans martyred thousands of clerics, religious, and laity; of these, 11 have been canonised, and 1,915 beatified.

Fr. Santiago Cantera, prior of the Abbey of the Holy Cross, recently spoke at an event organised by the Diocese of Barbastro-Monzón to commemorate the martyrs who died during the religious persecution of the Civil War. The prior highlighted some of the common characteristics of the martyrs, who came from diverse backgrounds.

The martyrs who are buried in the Basilica of the Holy Cross “are the finest testimony of forgiveness and reconciliation” and belong to all states in life: “laity, diocesan and religious priests, consecrated men and women religious, people of all ages, but also a large group of young people, such as Rafael Lluch, a 19-year-old member of Vincentian Youth and Catholic Action,” Cantera explained.

One aspect the martyrs all share in common, Cantera highlighted, was their “acceptance of martyrdom,” giving “the finest testimony for peace, forgiveness and the reconciliation of the Spanish people, because they died forgiving their executioners without any hatred.”

Blessed Juan Pedro de San Antonio, a 46 year-old Passionist priest, was hiding in a boarding house along with four other brothers from the congregation. He told the owner of the boarding house that “if anyone takes us out to shoot us, I ask that no one bear hatred or resentment for the evil they are thinking of doing to us. The Lord allows it for our sanctification.”

Before dying, Fr. Antonio Martínez Lópe said he wanted to bless his executioners, but they struck his arm and broke it before killing him. “These are examples of the peace with which they died, in the absence of hatred, with the will to forgive and to reconcile,” the prior noted.

Another common element is  “the supernatural outlook they had at the time of martyrdom,” Fr. Cantera said. These martyrs “looked to eternity, they lived out the love of God and this led them to imitate Christ even to the ultimate consequence, accepting death as having a redemptive meaning for all men.”

During the years of religious persecution in Spain it was common for the martyrs to say goodbye with the words “Until (we meet again in) Heaven.”

Rafael Lluch, the youngest of the martyrs buried in the Basilica of the Holy Cross, was arrested for carrying a holy card of the Virgin of the Forsaken in his pocket and belonging to the association of the Miraculous Medal. The young man said goodbye to his mother saying: “Don’t cry, I’m going to give my life for our God, I’ll wait for you in Heaven.”

Also sharing this supernatural outlook are the 23 sisters belonging to the Adorers of the Blessed Sacrament. Seven of them are buried in the Basilica of the Holy Cross.

When they were riding in a truck on the way to being shot, “they all knelt down to receive the Sacred Hosts that they had kept in a watch case,” Fr. Cantera related. “The driver of the truck carrying them after they had been arrested told his wife how much he admired them: ‘I saw them all die, most of them young, with smiles on their faces and blessing God. What women. They were Adorers.’”

Love for the priesthood

Another common aspect of the martyrs is “their love for the priesthood and the priestly ministry,” the prior said, citing Blessed Enrique López Ruiz. An altar boy described him as “a true apostle of Jesus Christ.” The militiamen wanted to stop him from offering Mass, but he refused to leave his parish and the faithful.

The “willingness to die and be martyred, offered in immolation for the salvation of Spain” is also a hallmark of the martyrs.

Blessed Josefa María, a Salesian sister, refused the offer to hide in the house of a relative whom she told: “If Spain has to be saved by the shedding of our blood, we ask God for it to be as soon as possible.” Or Blessed Florencio López, who on his way to be shot was singing a song he had composed himself asking the Virgin “to save quickly the Spanish people.”

Cantera also pointed to the cruelty suffered by the martyrs, to which they responded with their love for God and by offering their lives for Spain, as did Fr. Domingo Campoy, a curate of a parish in Almería who was tortured on one of the prison ships.

This priest served in the military as a chaplain and interceded for the release of a soldier who had been arrested who later became one of his executioners.

The prior noted that almost all of them dedicated a large part of their lives to performing works of charity, such as the Adorers of the Blessed Sacrament, whose charism is helping young women at risk of falling into prostitution.

Fr. Cantera also wanted people “to know the great spiritual wealth and theological mark sealed upon his soul by the Valley of the Fallen as an authentic place of peace and reconciliation in the shadow of the redemptive Cross, a symbol that reminds us of the redemption of Christ, the reconciliation that God has accomplished to which he invites all men.”

The Valley of the Fallen

The complex was inaugurated in 1959 under Franco, who was Spain’s head of state from the end of the Spanish Civil War, when the Nationalist forces he led defeated the Republican faction, until his death in 1975.

The government of Pedro Sanchez, secretary-general of the Spanish Socialist Worker’s Party, in September introduced the Law on Democratic Memory.

The bill seeks to transform the Valley of the Fallen into a civil cemetery, and would expel the Benedictine community. It would also bar publicly funded groups from glorifying Franco, the BBC reported.

While removing the 150 metre cross that presides over the valley is not explicitly mentioned in the bill, it has been considered on other occasions.

Franco’s body was exhumed from the Basilica of the Holy Cross in October 2019 by the Sanchez government. Fr. Cantera said the exhumation failed to respect the inviolability of the abbey as a sacred place.