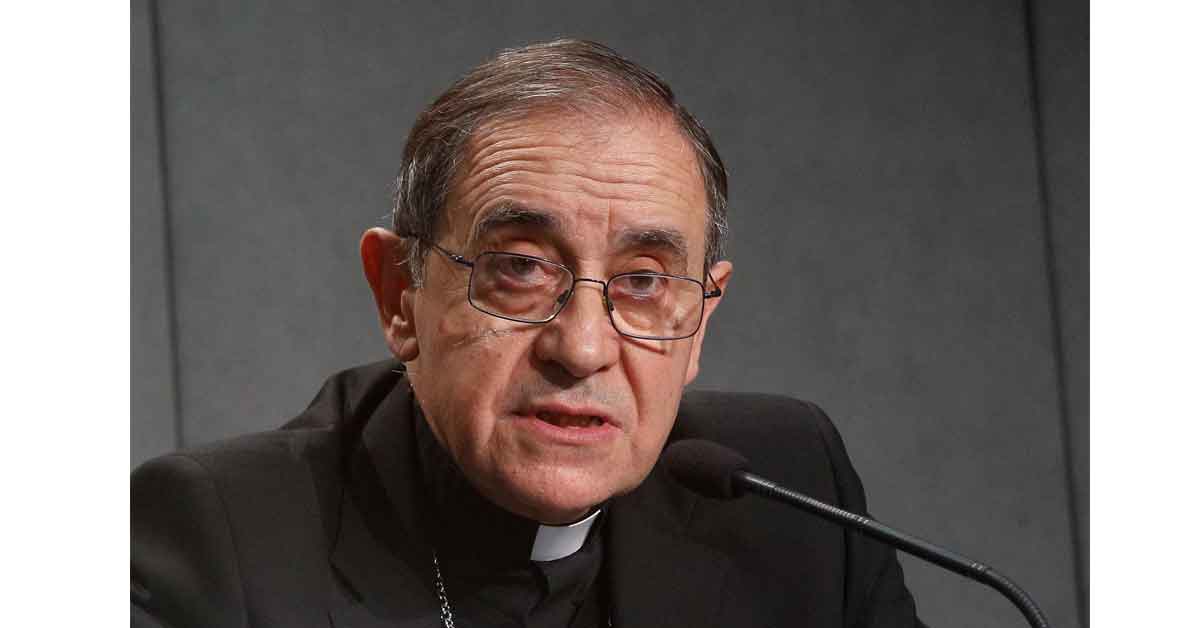 By Cindy Wooden – Bishops who want to establish a religious order in their dioceses must first obtain the written permission of the Holy See, Pope Francis said.

Amending canon law, the pope said it no longer is enough for a bishop to consult the Vatican before approving the creation of a new order in his diocese.

“By its nature, every institute of consecrated life or society of apostolic life, even if it arose in the context of a particular church, is – as a gift to the church – not an isolated or marginal reality, but is deeply part” of the universal church, the pope said in “Authenticum Charismatis” (“The Authenticity of a Charism”), released Nov. 4 at the Vatican.

The document changes canon 579 of the Code of Canon Law to read: “Diocesan bishops, each in his own territory, can erect institutes of consecrated life by formal decree, with prior permission in writing from the Apostolic See.”

Bishop Juan Ignacio Arrieta, secretary of the Pontifical Council for Legislative Texts, told Catholic News Service November 4 that in May 2016 Pope Francis already had ruled invalid the establishment of diocesan-right orders established by bishops without consulting the Holy See.

But, he said, the problem was that “even if the Congregation (for Institutes of Consecrated Life and Societies of Apostolic Life) said no, the bishops could say they consulted the Apostolic See.”

Most Catholics are familiar with large, international religious orders of women or of men; answering directly to the Vatican, they are called congregations of “pontifical right.”

The local congregations, approved by a diocesan bishop, are called congregations of “diocesan right.” While many of them are located in Africa, other dioceses around the world have such orders.

“What was happening was that these institutes that bishops created for their diocese began to grow and to look at working in other dioceses as well,” Bishop Arrieta said.

Even if the growing orders are not ready to apply to become pontifical-right institutes, their presence beyond their original diocesan borders requires oversight, he said.

Bishop Arrieta said it is hoped the new procedure also will go further in assuring the diocesan congregation’s continued health and stability once the founding bishop has retired and that it will give the Vatican an opportunity to suggest ways to ensure the proper exercise of authority and freedom within the communities.

Some recent diocesan-right foundations have had serious issues with the sexual abuse and psychological domination of members. One example is the French Community of St John, which was founded by the late Father Marie-Dominique Philippe. After his death, the prior of the community said credible accusations had been made against Father Philippe. Pope Benedict XVI dissolved the community’s branch of contemplative nuns in 2013.

Pope Francis’ document amending canon law said that Catholics have a right to know from their bishops that a serious discernment has taken place regarding “the authenticity of the charisms” of new orders and “the reliability of those who present themselves as founders.”

Local bishops, he said, are right to welcome new expressions of the Holy Spirit calling people to consecrated life, but “at the same time, care must be taken to avoid carelessly setting up institutions that are useless or lacking in sufficient vigour.”

Food Parcels Come In For Emmanuel Place of Hope
Share