Youngest children’s use of screens keeps rising; is there any limit? 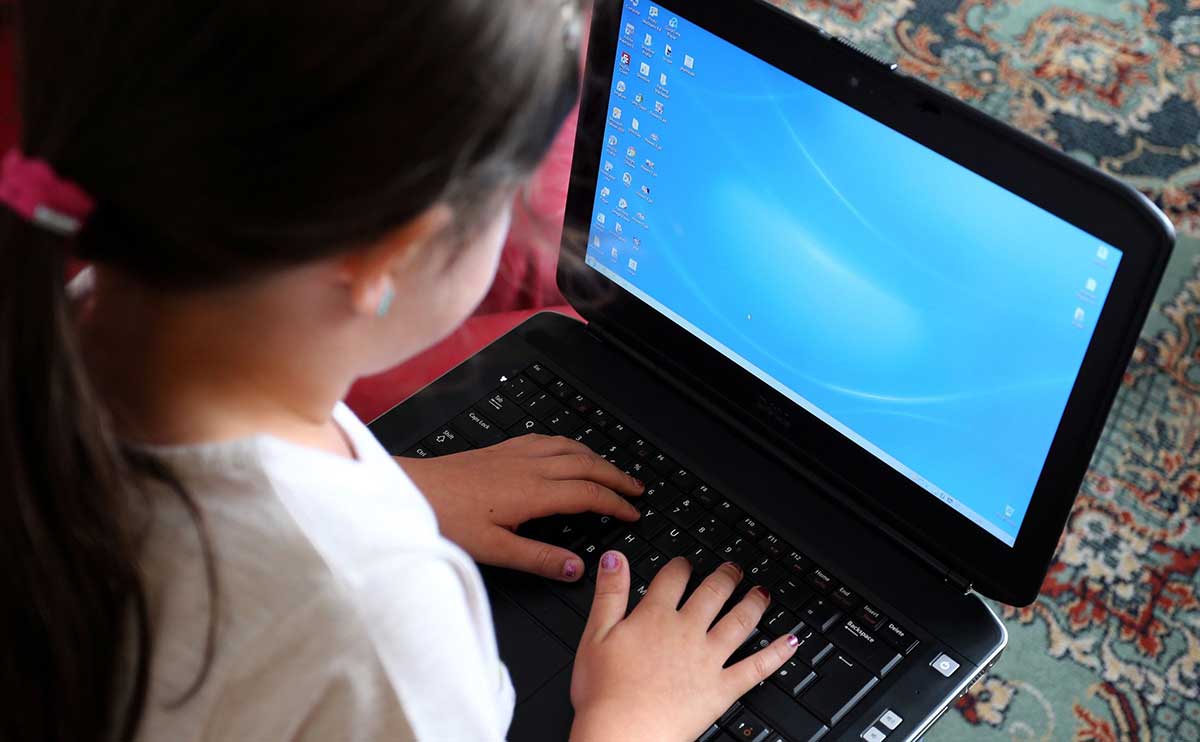 What shouldn’t be surprising is that children are using their screens more than ever, according to their parents.

What should be surprising, however, is that all of their self-reporting took place before the coronavirus pandemic struck in March, resulting in thousands of school districts nationwide shifting on the fly to online learning — which, of course, requires screens.

“Even prior to the pandemic, the disparity in screen use by parent education, income and race/ethnicity had already exploded, nearly tripling from a difference of 40 minutes a day by income in 2011 to just under two hours a day — 1:56 — in 2020,” the report said.

Daily use of screens is now at 3:05 for 5- to 8-year-olds. It’s even two-and-a-half hours for children ages 2-4, and for those under age 2, they’re averaging 49 minutes a day with a screen in front of them, according to Common Sense Media.

“Among 5- to 8-year-olds, 44% of parents say their child spends too much time with media, and nearly half — 47% — say that it can be difficult to get their child to stop using media,” the report said.

Is this a clue? “Many children continue to live in homes where the TV set is left on most of the time, whether or not anyone is watching it,” Common Sense Media said, reporting that 39% of parents say the TV is on either “always” or “most of the time.”

What are they watching? “Online videos now dominate children’s screen time. For the first time, watching online videos on sites like YouTube now constitutes the largest proportion of children’s total TV and video viewing,” the report said. It accounts for 37% of all viewing.

Viewing via subscription services such Netflix accounts for 29%, television — be it live, recorded or on-demand — accounts for 23% and DVDs account for 17%. Yes, the numbers add up to more than 100%.

Watching some type of video content accounts for 73% of all screen time, parents told Common Sense Media in their online surveys.

But the results, according to Common Sense, are hardly all bad.

“Parents of 0- to 8-year-olds have overwhelmingly positive views of the screen media their children use,” the report said. “The majority don’t report being concerned about the amount of time their kids spend with screens, the impact screen media has on their child, the quality of the content available to them, or the challenges of getting their children to disengage with screens when it’s time for other activities.”

Remember that the 44% and 47% negative comments by parents just a few paragraphs above referred to 5- to 8-year-olds, and not themselves majority figures, although they may be pluralities.

Further, “e-reading now accounts for 10 minutes a day, on average, among lower-income children, compared to just three minutes a day among their peers in higher-income families,” according to the report.

And, of a raft of choices offered to parents, physical activity is the only one that they said their child’s media usage hurts more than helps, by a 27%-19% margin.

There is no word as to whether Common Sense will conduct a survey at the end of the current school year — or the end of the pandemic, whichever comes first. The safe bet is that screen usage will report a surge like never before. It will take another survey at another time to chart those differences.

The Common Sense Media survey has a margin of error of plus or minus 3.11 percentage points. Common Sense conducted an online survey of 1,440 parents of children age 8 or younger from Feb. 18 through March 13. It said some surveys had to be thrown out because the parents had reported that their children were using screens more than 24 hours a day.

But at the rates these surveys show how screen usage keeps rising among the youngest children — now aided by pandemic-fueled learning, were those parents whose surveys were tossed all that wrong?