Pope: The Farther We are From the Lord, the More Sadness We Feel 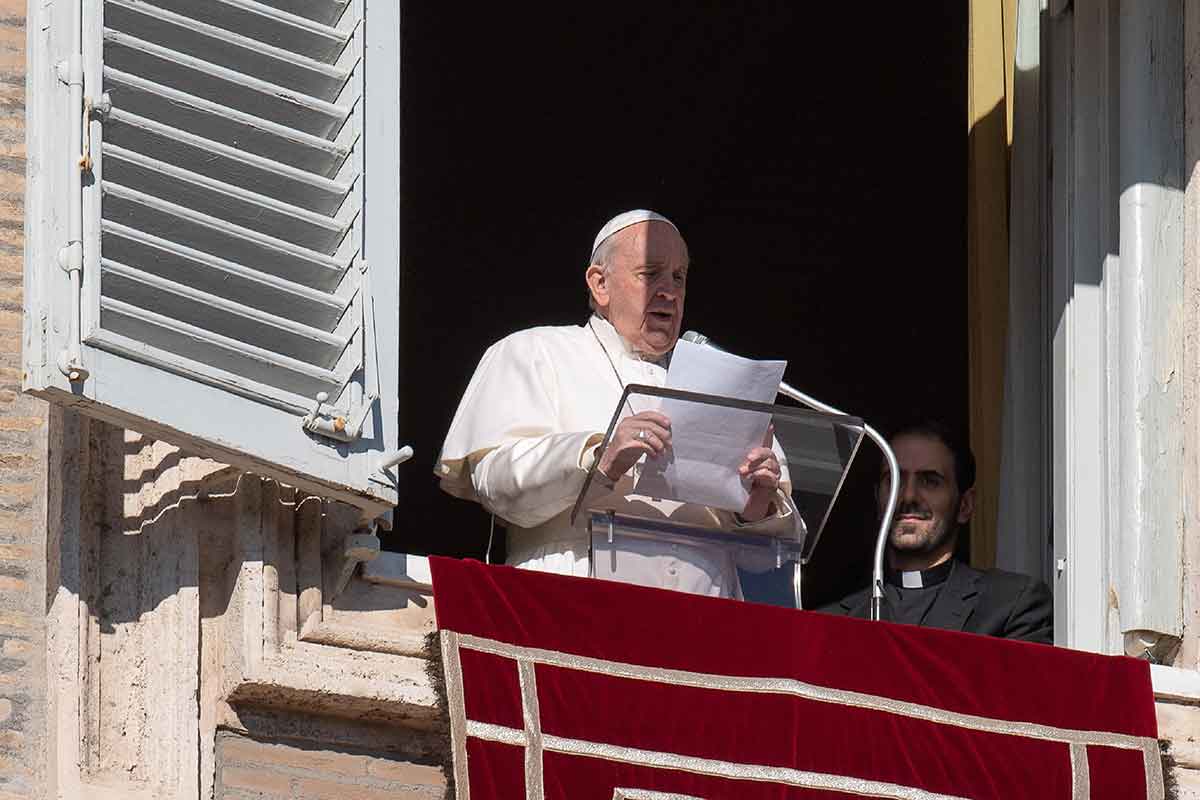 Pope Francis leads the Angelus from the window of his studio overlooking St. Peter’s Square at the Vatican Dec. 13, 2020. (CNS photo/Vatican Media)

By Cindy Wooden – Joy should be the hallmark of a Christian’s life, a reflection of knowing that one is loved by God, saved by Jesus Christ and committed to leading others to him, Pope Francis said.

“The closer the Lord is to us, the more joy we feel; the farther away he is, the more sadness we feel. This is a rule for Christians,” the pope said December 13, Gaudete Sunday.

Speaking to visitors in St. Peter’s Square for the noon recitation of the Angelus prayer, Pope Francis told them, “Once a philosopher said something more or less like this: ‘I do not understand how one can believe today, because those who say they believe have a face from a funeral wake.'”

“Many Christians have that face – yes, a face from a funeral wake, a face of sadness,” the pope said. “But Christ is risen! Christ loves you! And you have no joy?”

As the celebration of Christmas approached, Pope Francis asked Christians to think about how they communicate the joy of being loved and saved.

“Think well today: how do I behave? Am I a joyful person who knows how to transmit the joy of being Christian, or am I always like those sad people, as I said before, who seem to be at a funeral wake?” the pope said. “If I do not have the joy of my faith, I cannot bear witness and others will say, ‘But if faith is so sad, it is better not to have it.'”

Mary, Joseph and John the Baptist knew joyful expectation and the happiness of seeing the saviour arrive, the pope said.

And all three of them, he said, always pointed to Jesus, never to themselves.

“The Lord is always at the centre,” and the saints point to him, the pope said. “One who does not indicate the Lord is not holy.”

John the Baptist is a model for all those in the church who are called to proclaim Christ to others,” he said. They must do so “only by detaching from themselves and from worldliness, by not attracting people to themselves but directing them toward Jesus.”

After reciting the Angelus, Pope Francis spoke directly to a few children in the square and many others watching the Angelus on their computers or on television.

Gaudete Sunday usually is the day that Rome children bring the baby Jesus figurines from the Nativity scenes they are preparing to the Vatican for the pope’s blessing.

After blessing the figurines, the pope told the children, “When you pray at home, before the Nativity scene with your families, allow yourselves to be drawn by the tenderness of baby Jesus, born poor and frail among us, in order to give us his love.”