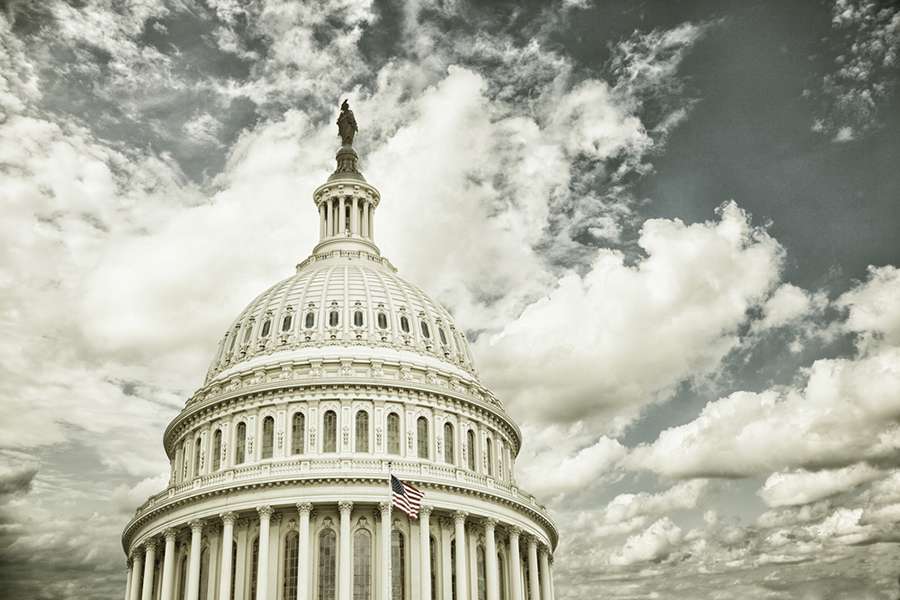 Martin’s essay, “How Catholic Leaders Helped Give Rise to Violence at the U.S. Capitol,” ran Jan. 12 at the website of the U.S. Jesuits’ America magazine, where Martin is editor-at-large.

Martin collected various bishops’ and priests’ comments critical of Biden’s stand on abortion and questioning whether a Catholic could vote for him. Though these criticisms ranged from respectful to inflammatory, Martin argued that their criticism “does not adequately reflect church teaching” and sent the message that the election was “an almost apocalyptic battle between good and evil.”

The priest suggested that “perhaps these comments were contributing to the unrest in the nation.”

Stika responded to Martin’s criticism of his comments about Biden.

“I don’t apologise for the tweet as I agree with the (U.S. Conference of Catholic Bishops) that abortion is the preeminent issue in this day and age,” Stika said on Twitter Jan. 13. “Mr. Biden likes to speak about his Catholic faith. Perhaps he should realise that abortion is a human rights issue as well as the ultimate child abuse. Perhaps I missed something in the article concerning abortion as the preeminent issue.”

The dispute follows violence and riots at the U.S. Capitol by pro-Trump supporters last week, leading to several deaths and dozens of injured police officers. Prosecutors appear to have a suspect in custody linked to two explosive devices left at the major political parties’ respective headquarters.

In a lengthy essay, Martin sought to connect the unrest to vocal critics of abortion. He alleged there was “widespread personal vilification of candidates from Catholic leaders” in the run-up to the violence at the U.S. Capitol. He named various figures before quoting from two Aug. 21 Twitter comments from Bishop Stika.

“(I) don’t understand how Mr. Biden can claim to be a good and faithful Catholic as he denies so much of Church teaching especially on the absolute child abuse and human rights violations of the most innocent, the not yet born,” Stika said in one tweet.

“And he also praises his sidekick who has shown time and time again in Senate hearings that she is an anti-Catholic bigot,” The bishop also said on Twitter, in a possible reference to incoming Vice President Kamala Harris’ controversial questioning of Catholic judicial nominees who were members of the Knights of Columbus.

The remainder of Stika’s Twitter comment, which was not quoted by Martin, concluded: “So sad for this team. But also, I never thought the current President was all that pro-life but he is anti-abortion as well as helpful in religious liberty.”

After citing Stika, Martin immediately cited a deleted, inflammatory tweet from Father Frank Pavone, national director of Priests for Life and a former member of the Trump campaign’s Catholics for Trump group.

“Why is it that the supporters of this (expletive deleted) loser Biden and his morally corrupt, America-hating, God-hating Democrat party can’t say a (expletive deleted) thing in support of their loser candidate without using the word Trump?” Pavone had said.

Pavone has drawn significant controversy for his campaign efforts on behalf of Donald Trump. He used the preserved remains of an unborn baby in a video attempting to rally support for Trump before the 2016 election.

Martin argued “personal vilification from members of the clergy inevitably gives rise to a lack of respect from the faithful, making it easier for those in the pews to revile government and civic leaders.” He alleged “an alarming number of Catholic clergy contributed to an environment that led to the fatal riots at the U.S. Capitol. Ironically, priests and bishops who count themselves as pro-life helped spawn a hate-filled environment that led to mayhem, violence and, ultimately, death.”

Although President-elect Biden was a longtime supporter of some abortion restrictions, he changed his views to support for permissive abortion laws and federal funding for abortion during the 2020 Democratic primaries. He boasted of his 100% rating from the pro-abortion group NARAL Pro-Choice America. His 2020 campaign platform called for the codification of Roe v. Wade as federal law.

Martin’s essay criticised priests who had enjoyed some internet popularity like Father James Altman of the Diocese of LaCrosse. Altman’s viral YouTube video “You Cannot be a Catholic and a Democrat” drew some 1.2 million views before the election. The video drew some criticism from the priest’s local bishop, Bishop of LaCrosse William Patrick Callahan, but was recommended by Bishop Joseph Strickland of Tyler, Texas.

Other objects of Martin’s criticism included Cardinal Raymond Burke’s comment that Biden was involved in “grave, immoral evil that is the source of scandal.” Martin also cited Bishop Thomas Daly of Spokane’s question asking how a Catholic can vote for “a candidate like Biden” if “abortion is an intrinsic evil.”

The priest also cited the claims of Archbishop Carlo Maria Viganò, the controversial former apostolic nuncio to the U.S., who has called Biden “a puppet manipulated by the elite, a puppet in the hands of people thirsty for power and willing to do anything to expand it.”

Martin said such examples led to violence and merited correction.

“Bishops and priests need to understand the real-life effects of such contemptuous and even dehumanising language. Catholic bishops and priests are meant to teach morality, but they are not meant to judge others (as Jesus said clearly) or to treat people with such bitter contempt. The real-world effect of this kind of language was revealed at the Capitol on Jan. 6,” said Martin.

“The mistake for which Catholic leaders should be corrected, the mistake for which the church now needs to repent, is not simply casting this election in terms of good and evil; it is pretending that real questions of good and evil could be simplified to the point where violent responses, even acts of domestic terrorism, become thinkable and then are carried out,” he said.

The Jan. 6 protests drew a large number of Trump supporters, who began at the White House and moved to the Capitol.

It is still unclear to what extent the incursion into the Capitol was planned, and debate continues over whether law enforcement and security personnel were adequately prepared.

Rioters at the Capitol included devotees of QAnon, a fringe conspiracy theory that sees President Trump as a savior who will liberate the country from a powerful Democratic cannibalistic sex trafficking cabal. Some rioters sported anti-Semitic garb, and at least one bore a Confederate flag.

Prosecutors have filed dozens of cases against the most visible participants, many of whom posted their exploits on social media. Charges include violent entry and disorderly content, though Justice Department officials say these could be replaced with more serious charges, the Wall Street Journal reports.

Charges of seditious conspiracy are under consideration and officials are investigating the extent to which the disorder was planned by some rioters, including those with military training.

One of those charged, 70-year-old Lonnie Coffman, faces 17 criminal counts. He allegedly brought 11 Molotov cocktails and a weapons cache in his pickup truck that included a handgun, a rifle, a shotgun, large-capacity magazines, hundreds of rounds of ammunition, a crossbow, a stun gun, several machetes and a smoke device. Prosecutors appeared to link him to two explosive devices left at the headquarters of both the Democratic and Republican political parties.

Those arrested include Olympic gold medalist swimmer Klete Keller, who faces charges including obstruction of law enforcement, entering a restricted building without permission, and “violent entry and disorderly conduct on Capitol grounds.”

Prior to the riot, President Donald Trump refused to concede the election and claimed it had been stolen. Trump’s critics claimed that the violence at the Capitol was an insurrection incited by the president.

“Can anyone doubt that the moral calculus proposed by some Christian leaders, including Catholic priests and bishops, framed in the language of pure good versus pure evil, contributed to the presence of so many rioters brandishing overtly Christian symbols as they carried out their violence?” Martin asked in his essay.

The year 2020 saw a significant amount of civil unrest, including sometimes-violent protests against police brutality, systemic racism, and coronavirus restrictions.

There was also a wave of vandalism against Catholic churches and Catholic figures including St. Junipero Serra.