Pope Francis Proclaims World Day for Grandparents and the Elderly 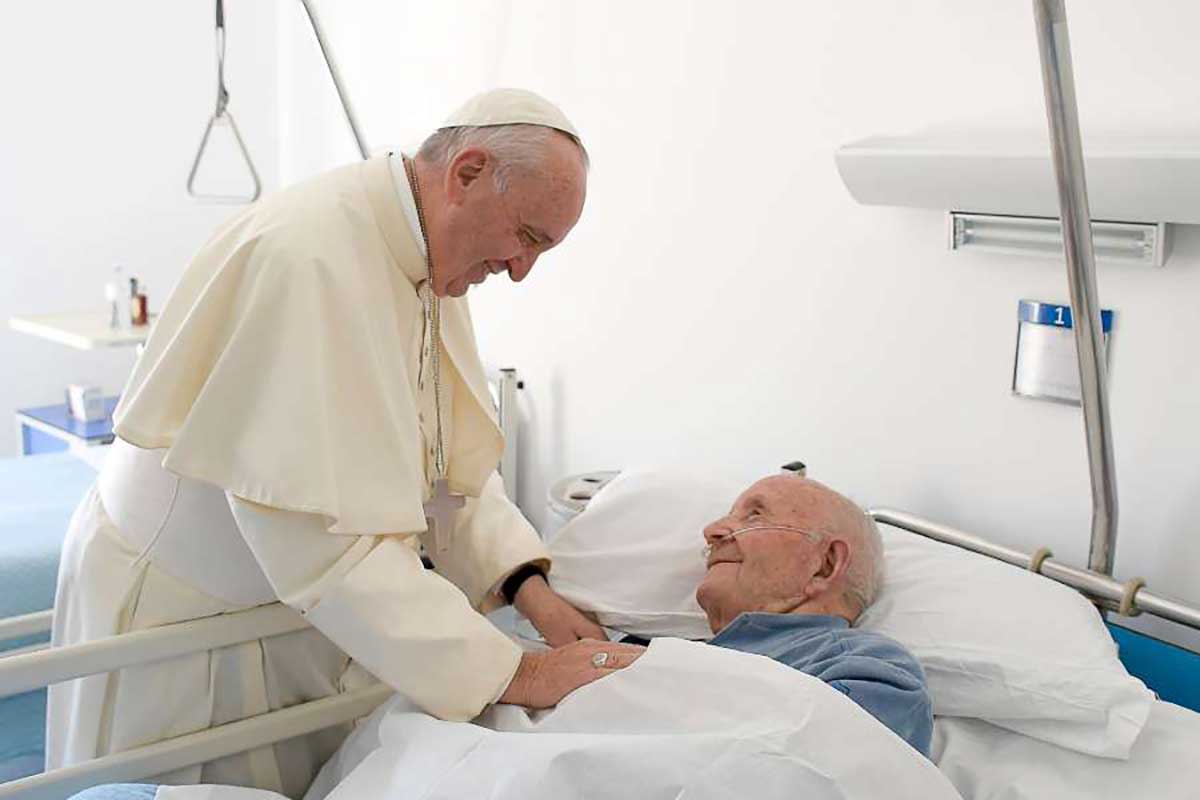 Pope Francis has announced the establishment of an international day to honour grandparents and the elderly to take place each year in July.

“The Holy Spirit … arouses thoughts and words of wisdom in the elderly today: their voice is precious because it sings the praises of God and guards the roots of peoples. They remind us that old age is a gift and that grandparents are the link between generations, to transmit to young people an experience of life and faith,” Pope Francis said in the library of the Vatican’s Apostolic Palace.

“Grandparents are often forgotten and we forget this wealth of preserving and passing on the roots. For this reason, I have decided to establish the World Day of Grandparents and the Elderly,” the pope said.

The World Day for the Grandparents and the Elderly will take place annually on the fourth Sunday of July, close to the feast of the grandparents of Jesus, Saints Joachim and Anne.

This year it will take place on Sunday, July 25, and Pope Francis will offer a special Mass to mark the occasion, according to the Vatican Dicastery for Laity, Family, and Life.

In his Angelus address – offered via a live video broadcast due to the COVID-19 pandemic – the pope recalled the upcoming liturgical celebration of the Presentation of Jesus in the Temple by Mary and Joseph.

“The day after tomorrow, February 2, we will celebrate the feast of the Presentation of Jesus in the Temple, when Simeon and Anna, both elderly, enlightened by the Holy Spirit, recognized Jesus as the Messiah,” the pope said.

Pope Francis also pointed to the example of the Virgin Mary who “always kept Jesus’ words and gestures in her heart and followed Him with total willingness and faithfulness.”

“May she help us too to listen to Him and follow Him, to experience the signs of His salvation in our life,” he prayed.

The pope said that Jesus “speaks not with human authority, but with divine authority, because he has the power to be the definitive prophet, that is, the Son of God who saves us, heals us all.”

He asked: “Do we listen to the words of Jesus which are authoritative?”

“Always, do not forget, carry a small Gospel in your pocket or bag, to read it during the day, to listen to that authoritative word of Jesus,” he said.

The pope explained that Jesus’ ministry of healing, exorcisms, and “preaching with authority” show that Christ “aimed at defeating the evil present in humankind and in the world.”

“Jesus’ teaching has the same authority as God speaking; in fact, with a single command he easily frees the possessed from the evil one and heals him,” he said.

“His word points directly at the kingdom of Satan: it puts him in crisis and makes him retreat, forcing him to leave,” Francis said.

After the Angelus prayer, children from the diocese of Rome joined the pope in the Apostolic Palace to read a letter about the importance of peace. The children are participants in the virtual “Caravan of Peace” organized by Catholic Action.

Pope Francis also highlighted World Leprosy Day, which occurs each year on the last Sunday of January. He appealed to world leaders to join efforts to treat those suffering from leprosy – officially called Hansen’s Disease – and to work for their social inclusion.

“I express my closeness to those who suffer from this disease, and I encourage missionaries, health workers and volunteers committed to their service,” the pope said.

“The pandemic has confirmed how necessary it is to protect the right to health for the most vulnerable people.”

Pope: Bishops, Clergy in Middle East must not Fall into Sin of Opulence