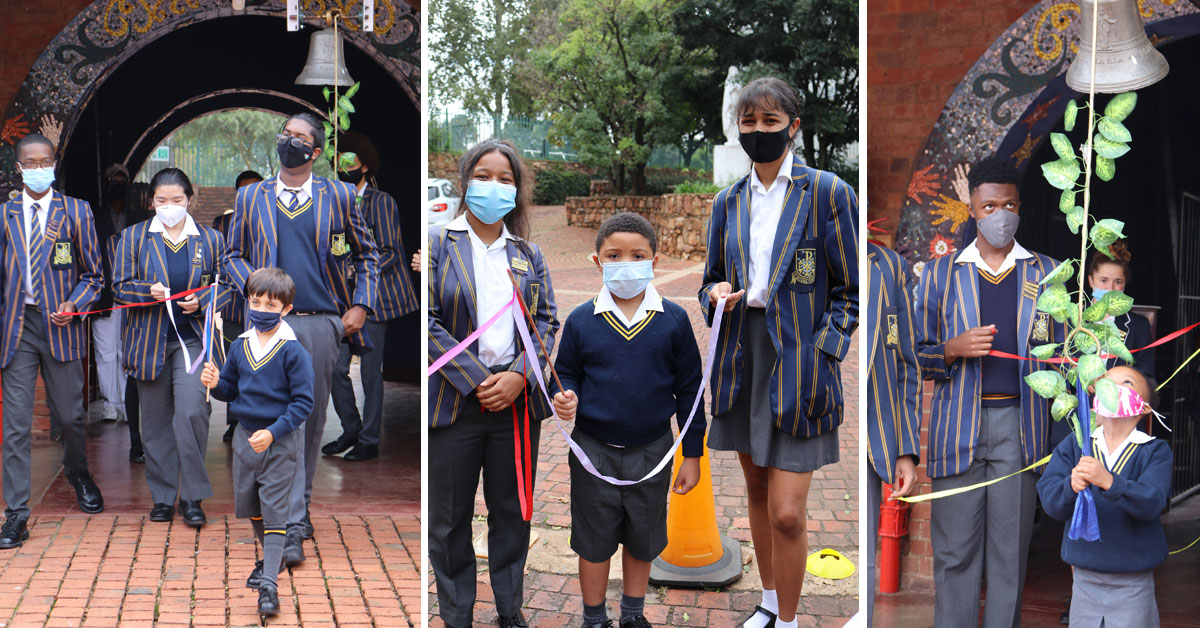 The History of the Bell at Sacred Heart College

Both the bell and the College Chapel have a rich history and are of particular significance to the College, which is one of five Marist schools in the country and 140 worldwide. The bell came from the Third General House of the Marist Brothers in Grugliasco, Italy where it had hung since the late eighteen hundreds. The first General House was in France at the Hermitage just outside St Chamond.

In 1958, this Generalate was moved to Rome at which time Brother Jordan who was the Principal of Sacred Heart College in the late fifties and who was responsible for the building of the Chapel, asked that the bell at Grugliasco, which had called the brothers to prayer and meals for over fifty years, be given to the College for its chapel.

Many Sacred Heart College past pupils gave their lives in the two World Wars. The 49 Old Boys who died in the First World War (1914 – 1918) are commemorated with a plaque that hangs in the College Hall. The current chapel at Sacred Heart College was erected in 1956 as a memorial to the past pupils who fought and fell for their country during the Second World War (1939 – 1945). Gazing down from behind the altar of the chapel is a statue of Marcellin Champagnat, the founder of the Marist Brothers. The statue was sculpted by Hungarian sculptor and artist, Mr Zoltan Borbereki.

Today, the historically significant Grugliasco bell and the College Chapel forms a new tradition that will become part of the personal journey of each Sacred Heart student. This historic bell rings in the new year and the start of a long academic journey.