They Need Us, And We Need Them! 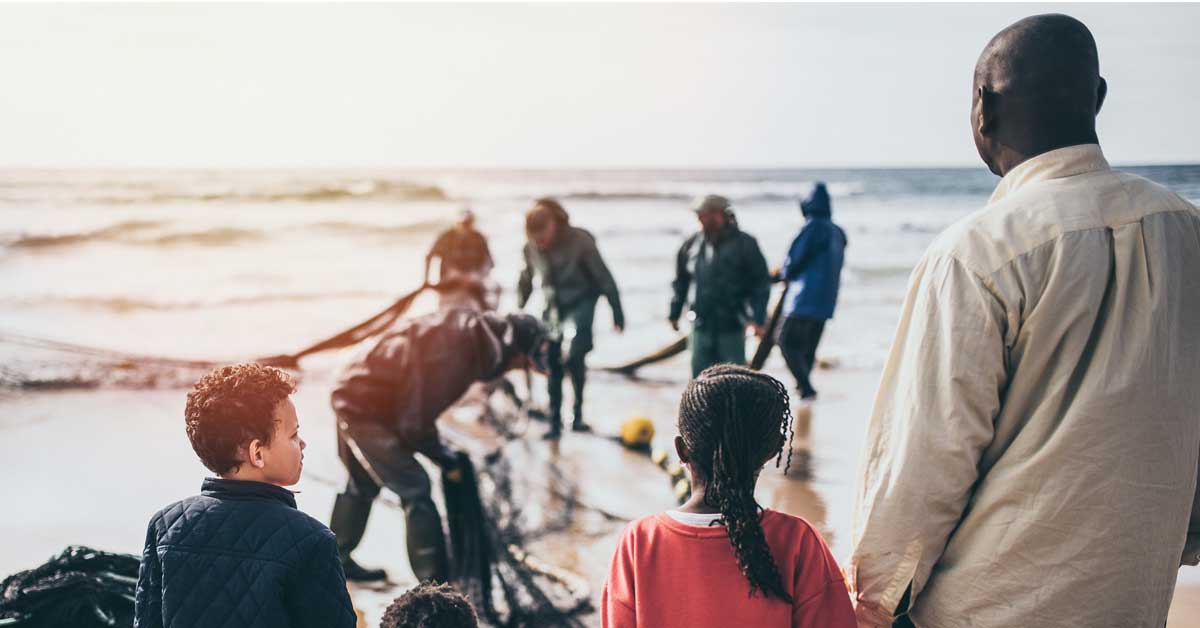 They are deadbeats who want free benefits from our country. They are taking our jobs. They are dangerous criminals who are hurting our people and our country. “They” are the 11 million undocumented migrants living in the US And “they” are overwhelmingly not any of the above. Quite the contrary!

Numerous studies confirm that immigrants are less likely to commit violent crimes than US-born citizens.  The truth is that immigrants greatly enrich our churches, culture and economy.

According to “The Hill”, certain segments of the U.S. economy like agriculture, are overwhelmingly dependent upon undocumented immigrants. “In terms of overall numbers, The Department of Labour reports that of the 2,5 million farmworkers in the US, over half (53 percent) are illegal immigrants. Growers and labour unions put this figure at 70 percent.”

Over 40 years ago, when Annunciation House – a sanctuary and home of hospitality that has served over 100,000 refugees, homeless poor and undocumented workers – was started in El Paso, Texas, founding director Ruben Garcia and a few friends, wanted to place themselves among the poor, to see where the poor would lead them. He said, “They took us to the undocumented – the most vulnerable.”

Garcia explained to me that since the undocumented have no legal status in the United States, they are forced to take undesirable, poorly paid jobs, which offer no benefits. Unlike poor U.S. citizens, undocumented workers and their families cannot receive food stamps, Medicaid, or housing assistance. They are at the lowest rung of American life.

So why do they come? They come because most often they and their families are extremely poor, and they cannot find jobs in their native countries that pay a living wage. And that the U.S. has many more low-skilled jobs than there are Americans who are willing to take them. And many others come to escape death threats from drug gangs and other violent conflicts.

But why don’t they enter legally? Because there are too few low-skilled visas available.

Worldwide, according to U.N. High Commissioner for Refugees, there are more than 25 million refugees and over 4 million asylum seekers throughout the world. And 40 percent of displaced people are children.

Sadly, only a very small percentage of them are allowed to build new lives in host countries. Last year, the U.S. allowed only approximately 11,800 refugees to enter legally.

The Catholic Church clearly teaches that needy people have a right to migrate to other countries. St Pope John XXIII, in his encyclical Pacem in Terris (“Peace on Earth”) wrote, “Every human being has the right to freedom of movement and of residence within the confines of his own country; and, when there are just reasons for it, the right to emigrate to other countries and take up residence there.”

Garcia asked that I raise the following questions on behalf of the undocumented: “Should undocumented immigrants have to live in an underground world? Is it right to use closed borders for the purpose of exploiting cheap labour? Why is it so acceptable to have undocumented workers perform the jobs few Americans are willing to do – pick our fruits and vegetables, wash dishes, and work in meat slaughterhouses?”

Lord Jesus, heal the indifference of most wealthy nations toward vulnerable and poor refugees who are only asking what all of us desire: a decent, safe place to live and work.