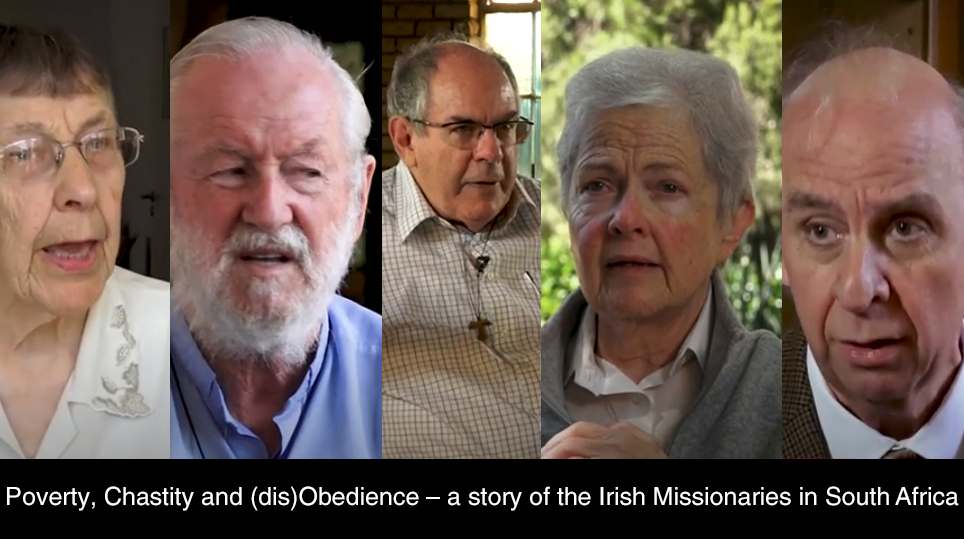 A new documentary charts the experience of Irish missionaries under apartheid and afterwards. Günther Simmermacher watched the film — and recommends it.

Missionaries from many countries in South Africa opposed apartheid, but standing out among them were the Irish. A documentary titled Poverty, Chastity and (dis)Obedience recalls the contribution of Irish missionaries to the struggle against the racist regime. Commissioned by the Irish embassy in Pretoria, the documentary features interviews with Sisters who broke racial segregation in Catholic schools and priests who lived in townships. Some of those appearing in the film did so after responding to an appeal published in The Southern Cross. 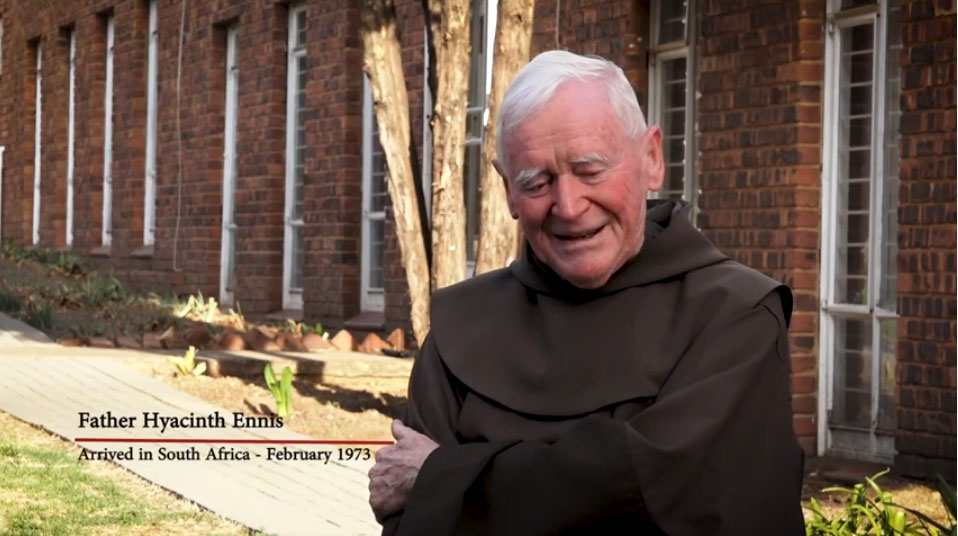 The early Irish missionaries in the 19th century came to serve the English-speaking Catholic communities, especially settlers and British soldiers — Prof McCracken says that by the 1840s almost half of the British army was Catholic. The missionary impulse to minister in black communities came later. That included building hospitals and schools where government investment in such social infrastructure was lacking. This was, of course, the work of missionaries from different countries and orders. And, for the most part, the daily work was done by religious. Prof McCracken points out that in their schools, missionaries quietly helped educate a new black middle class. 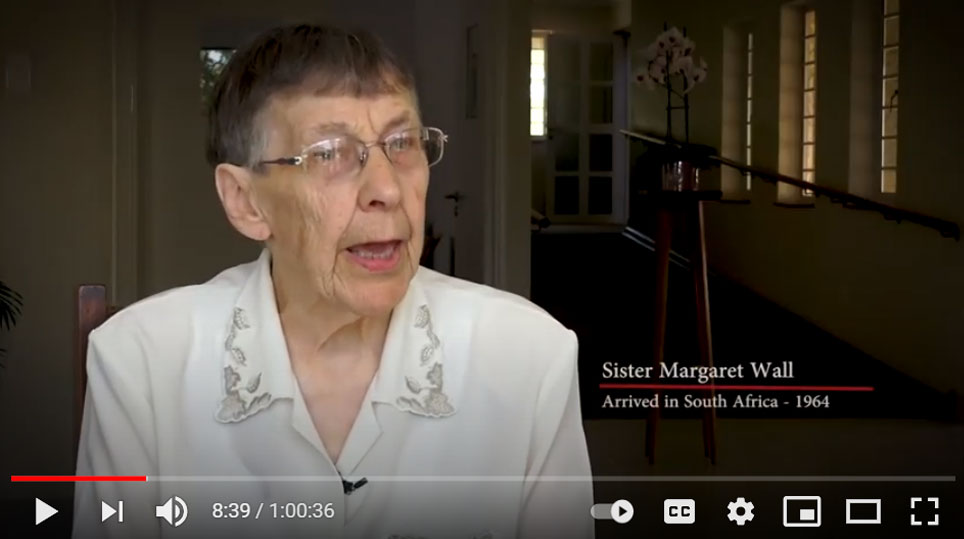 Fr Dick O’Riordan, in South Africa since 1967, poignantly notes: “I never knew I was a white person until I came here.” In Cape Town, Fr O’Riordan was known as one of a group of white priests who lived and served in black townships. Others included the feisty Fr Desmond Curran, a Northern Irish convert and son of an Ulster Unionist judge and politician. He died in 2015.

Fr O’Riordan notes that there was great cooperation among church groups in the townships, especially in times of highly-charged political funerals, which tended to be rare occasions when activists could speak in public. “I never experienced so much anger. You could sense the anger in the church, on the way to the cemetery, and at the cemetery,” he says.

Franciscan Father Paddy Noonan, in South Africa since 1970, was also a notable township priest, in the Vaal Triangle. He has written books about his experiences, including the acclaimed They’re Burning the Churches, and more recently Help! My Granny’s Dog Is a Racist. He recalls the hostility he felt from white officials who saw Catholic missionaries as the enemy. In that abnormal society as “a member of God’s band”, he says, “you had to develop ways of resisting, unique ways for every area — always in collaboration with the local people”. According to Fr Noonan and Fr Teddy Lennon, a Franciscan who came to South Africa in 1976, this included parishes taking part in things like rent boycotts, delivering coded homilies, or producing leaflets, “the weapons of the poor”. 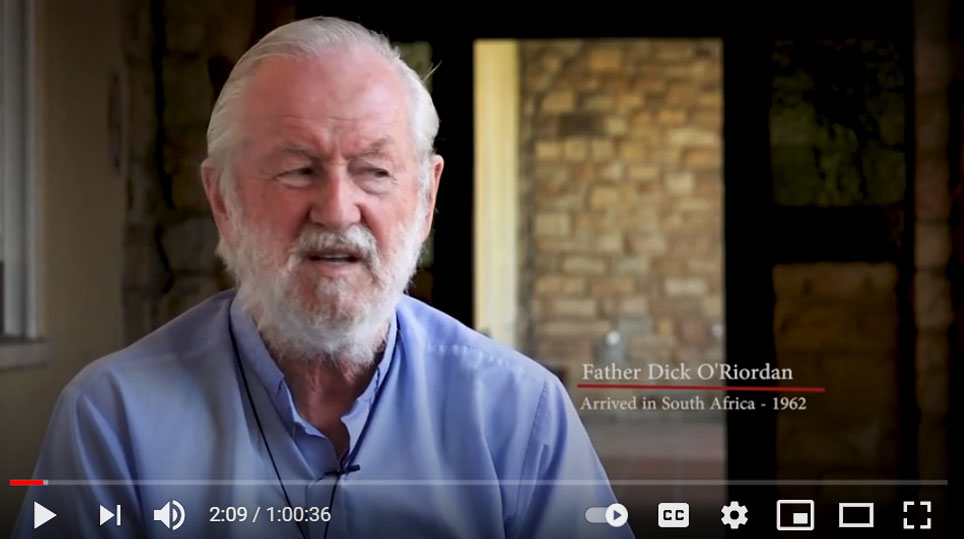 According to Richard “Bricks” Mokolo of Sebokeng, a former activist who speaks movingly of the torture he suffered in detention, the Irish priests who lived in the black communities assimilated totally into the culture of the people (as, of course, did those of other nationalities, including South Africans).

Franciscan Father Hyacinth Ennis, in South Africa since 1973, explains how in the 1980s, St John Vianney Seminary in Pretoria — then headed by another Irish missionary, the future Archbishop William Slattery OFM — encouraged political activism among its students. 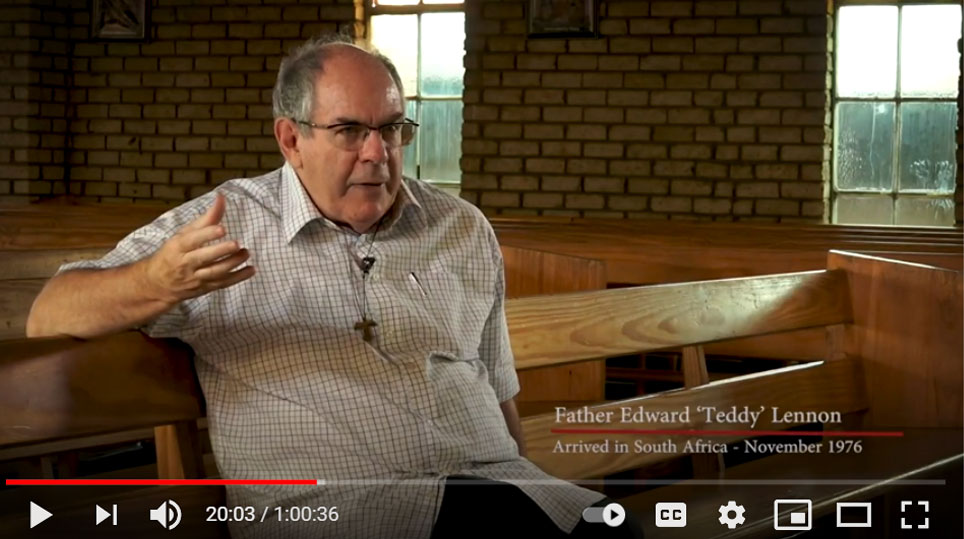 Salesian Father Patrick Naughton, who came to South Africa in 1959, speaks of the helplessness he felt at the abusive power of the state. Assumption Sister Mary McAteer, who arrived in South Africa in 1984, says the injustices, big and small, made her so angry that in emotional moments she was tempted to take up arms herself.

Fr Naughton’s work with the underprivileged as part of the Salesian Institute in Cape Town even provoked concrete threats to his life. Holy Cross Sister Áine Hughes, here since 1980, recalls being tailed by the security police, with the attendant fear of being driven off the road, as happened to many activists.

Sr Ethel Normoyle, in South Africa since 1973, tells of the times she was arrested by the police, “treated roughly” and dropped off at 2am “in the middle of the bush”. Every morning she wondered if she would come home at the end of the day. After apartheid, the Little Company of Mary Sister received the Order of the Baobab in Silver, one of South Africa’s highest honours, for her work in founding Missionvale Care Centre in the Eastern Cape.

A centrepiece of the documentary is the dramatic, and heroic, defiance of apartheid by Catholic schools in opening up to all people, regardless of their apartheid classification, as of 1976. The story is told by three of the Dominican protagonists: Sr Rosemary Commins (who was born in South Africa), and Srs Margaret Kelly and Margaret Wall, both of whom came to South Africa in 1964 and were instantly appalled by the apartheid system. Discovering the grotesque iniquity of apartheid sowed the seeds for quiet resistance, Sr Kelly recalls.

That resistance burst into the open in the mid-1970s when the century-old Dominican Springfield Convent School in leafy Wynberg, Cape Town, defied apartheid by opening its doors to young women of all races. This was revolutionary — so much so that the bishops, including the anti-apartheid giant Archbishop Denis Hurley, initially counselled caution. The Dominican Sisters stood firm, and others around the country followed suit. Overtaken by events, the bishops then supported them. 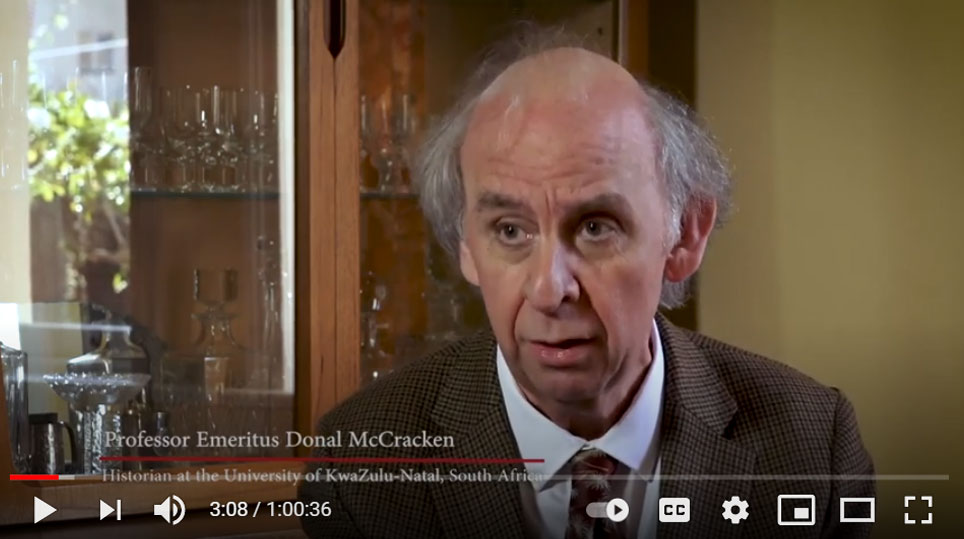 This courageous step — at a time when priests and religious risked detention and missionaries faced the threat of expulsion — broke schools apartheid at least in private institutions. “I didn’t know whether I’d end up in prison that night, but I felt delighted, because I believed” in opening the schools, Sr Kelly recalls. There was a sense of real danger: “You had to be careful because… it was all right if they bombed me, but you couldn’t allow them to hurt the children.” Most parents and pupils were supportive. “A few took their children out, but not many.”

Sr Wall says it was like walking into the dark. “We didn’t know what was going to happen.” But, she adds, “I think everybody was relieved, because somebody had to open the door.” She explains that the worldwide presence of Dominicans meant that news of their schools defying apartheid spread globally.

Holy Cross Sister Maureen Rooney, who came to South Africa in 1974, recalls her experience as an eyewitness to the Soweto uprising of June 16, 1976. She remembers returning to South Africa in the 1980s at the time of the state of emergency. “Once you crossed the border, you felt something closing in on you: the apartheid situation.” 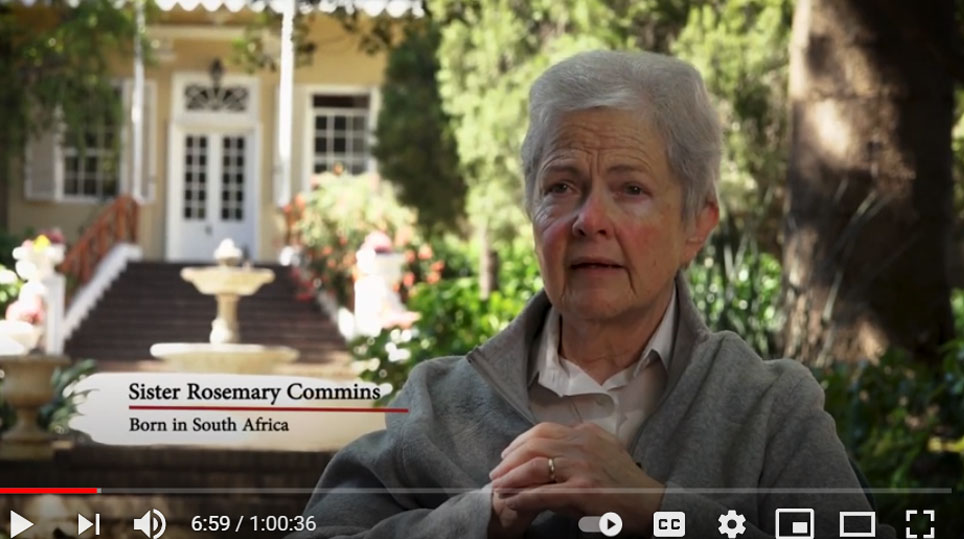 Support for the struggle came from Ireland itself: from the Church there, the government and the people. At a time when the Conservative Party in Britain under Margaret Thatcher supported the apartheid regime and called Nelson Mandela a “terrorist”, shopworkers in Dublin went on strike in protest against having to sell South African fruit.

Srs Hughes and McAteer recall the “electric atmosphere” that accompanied the first concrete signs of apartheid’s collapse, in particular Nelson Mandela’s release from jail in 1990.

But not everything in the documentary is about resisting apartheid. Holy Cross Sister Agatha Byrne, who arrived in South Africa in 1947, recalls how the presence of missionaries helped break down prejudices against Catholics, in a country where they were seen as the “Roomse gevaar”. And Sr Normoyle and Holy Family Sister Marion Millane (in South Africa since 1978) speak about poverty alleviation programmes.

It is Sr Millane who articulates the sentiment of all these missionaries: “South Africa is now my country, and the people are my people.”

See the full documentary at

Also see a panel discussion, with more history of Irish missionaries in South Africa at