How to Become a Catholic Priest 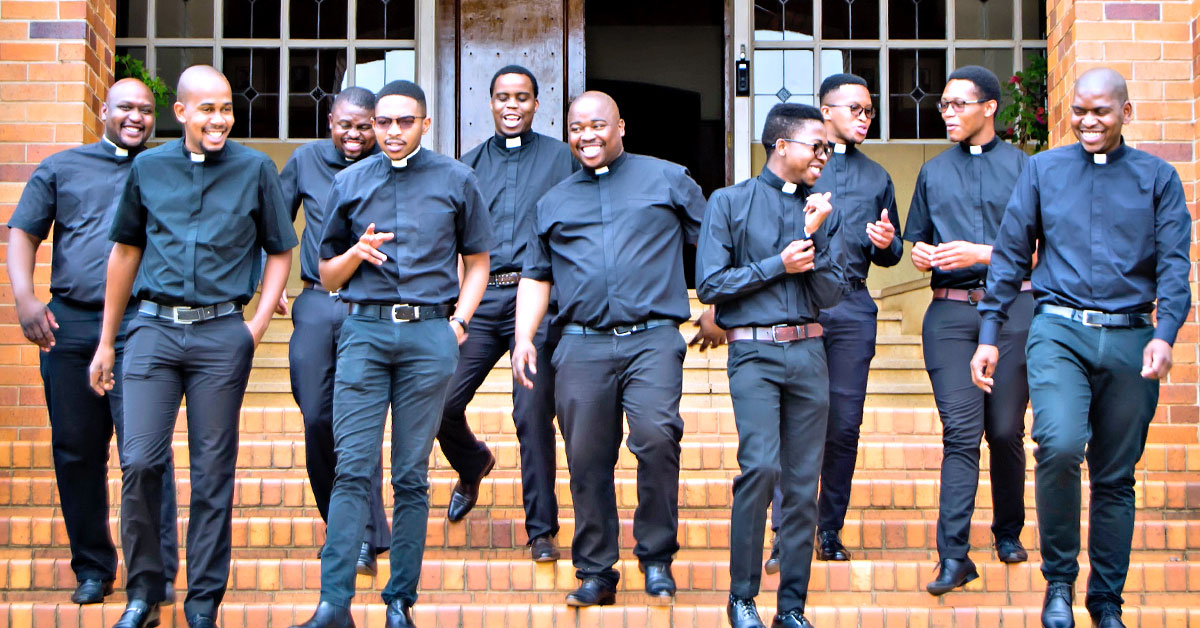 First comes the call to the priesthood, and then the long way to ordination begins. We asked Fr Michael Seheri, director of vocations in the archdiocese of Johannesburg, to answer questions young men might have about that path.

So, I’ve decided to become a priest. When do I start?

Not so fast! Your first contact person is your parish priest: tell him about your calling to the priesthood and your desire to join the seminary. Besides that, you must be actively involved in your parish, for example by assisting your parish priest during liturgical services, including the Mass readings, going with him to visit the sick, and so on.

Your parish priest should then refer you to the vocations director of your diocese who will journey with you throughout the discernment process.

The discernment process — thinking and praying about what God is calling you to — is indispensable because becoming a priest is not a decision to be taken lightly. Indeed, that process continues throughout your formation and seminary studies.

The following insights may assist you to make your decisions:

-Pray for God’s help in discerning your vocation.
-Regularly participate at Mass (this is mandatory).
– Develop a relationship with your parish priest.
– Be constantly in touch with the vocations director.

The vocation discernment is done in the diocese, should be a minimum of two years, and should be run by the vocations director/promoter.

What’s the difference between a secular and religious priest?

This question is significant because if candidates know the difference between the two, it assists the vocations director to interact with young men discerning their calling to the priesthood.

In a number of ways, all Catholic priests are the same, since each priest has undergone years of priestly training at a seminary before his ordination. All priests are ordained, among other things, to serve God’s people in the person of Christ. Most importantly, they administer the sacraments to the people of God in order to lead all souls into heaven.

In contrast, a religious priest makes three solemn vows even before his ordination. He vows poverty, in that he owns nothing or very little, and shares things in common with others in his community; he takes the vow of obedience before his religious superior; and he also takes the vow of chastity, which, like the diocesan priest, means he will not get married.

Furthermore, religious priests exercise their pastoral ministry according to a particular charism that unites them around the ideals of their founder. For example, a main charism of the Salesians is working with the youth, to bring them closer to Christ, thereby following the charism of their founder St John Bosco. Another fundamental difference is that religious priests can be sent to serve wherever the mission of their community takes them — it could be anywhere in the world.

Therefore, the task of the vocations director is to guide and assist young men as they discern what God is calling them to do.

If I go with the diocesan priesthood, when do I enter the seminary?

After a process of discernment, the recommended candidates will be invited to make a formal application to the seminary. The application process is rigorous and is part of the discernment process.

Here’s a summary of the seminary entrance criteria in the Southern African Catholic Bishops’ Conference region:

-The candidate must be a citizen of the nation in which his diocese lies (South Africa, Botswana or Eswatini), or have permanent residence in that country, or have a study visa and be in the process of naturalisation so as to live and work in his diocese. He must produce an identity document and birth certificate and must have police clearance.
-He must have the minimum of a South African Grade 12 with a bachelor’s pass, with 25 points, including 4 in English (excluding life orientation).
-Those with tertiary education must produce the relevant certification.
– Baptismal and confirmation certificates are required, plus letters of recommendation from the bishop, the parish priest and the parish council.
-Candidates will be subject to a full medical and dental examination, an eye test, and a full psychological assessment.

The application forms will then be sent to the seminary. After the applications have been processed by the admissions board, the rector of the seminary will notify the dioceses of the outcome.

OK, I’ve now been accepted to study for the priesthood. What now?

Successful candidates are sent to the seminary to begin the process of seminary/priestly formation. Acceptance into the seminary requires that a candidate demonstrates emotional maturity, academic ability, personal stability, and consistent growth in the practice of the faith. 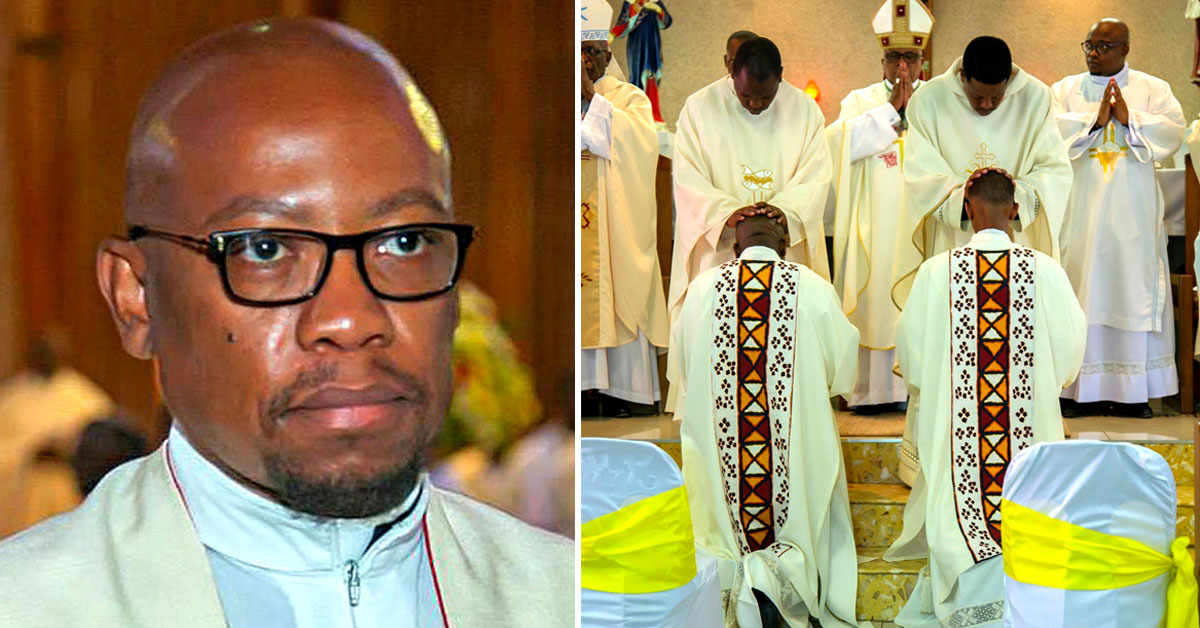 (Left) Fr Michael Seheri, director of vocations in the archdiocese of Johannesburg. (Right) Frs Kgaogelo Ntsie and Tshepo Duik at their ordination to the priesthood in St Albert’s church in Vosloorus in December 2019. (Photos: Sheldon Reddier)

And who pays for my studies?

If I decide not to be a priest, can I leave? And can I be told to leave?

Remember that acceptance into the seminary does not imply that one will definitely become a priest. Seminary formation is still a process of discernment, hence not everyone who joins the seminary becomes a priest. Most certainly, if during priestly formation you feel like you do not have a calling to the priesthood, you may leave.

A seminary (or, for religious, house of formation) could be described as a place where young men live in community and build the discipline of prayer, with the assistance of formators. Formators assist these men to discover and reflect on God’s calling to the priesthood.

Most importantly, the seminary or house of formation supports the four significant pillars of a seminarian’s preparation for the priestly vocation as outlined by Pope John Paul II in his apostolic exhortation Pastores Dabo Vobis. These four pillars (essential areas) of seminary life are human, spiritual, intellectual, and pastoral formation. Formators seek to assist the seminarians in these four areas, because all four are crucial in forming a man to be a balanced, holy, learned, and effective priest.

Hence, formators are a constituent part of formation. For this reason, if they feel that a seminarian does not have a vocation to the priesthood, they may ask him to leave the seminary.

After graduation, how long before my ordination?

This differs according to dioceses: it can be six months to a year, or even more. In religious orders, it can be even longer. In the diocesan priesthood, you are first ordained to the transitory diaconate, a period of time when your bishop may give you an appointment, usually to a parish, to gain experience.

And how long before I get my own parish?

Newly-ordained priests are to serve as curates before becoming parish priests. The term of office of a curate is determined by the local ordinary (bishop). That being said, the curate may not necessarily have to finish his term; if he is deemed efficient by the appropriate authority, he may be appointed parish priest before the end of his term.

Actually, can I do something other than parish work?

Certainly, other than parish work, one can serve as a chaplain, seminary lecturer or formator or any other ministry that perpetuates the Gospel values: our task as a priest is fundamentally that of leading all souls into heaven.

What happens if I want to leave the priesthood after my ordination. Do I just send a resignation letter?

A priest wishing to leave the priesthood needs to write to his bishop or religious superior and state the reasons why. This will be followed by a formal process called “laicisation”, that is, the process of “reducing one to a lay state”. After that process has been completed, the individual would relinquish his priestly status, which, simply put, means he would not function as a priest in any way or represent himself as a priest. This includes, for example, the ability to celebrate the Eucharist.

However, it is important to note that by virtue of his ordination, a priest remains always a priest, even after laicisation. Thus, after laicisation, one would still sacramentally be a priest — the sacrament of holy orders cannot be undone — but he would be dispensed from his clerical promises and released from the responsibility of the priesthood.

Anything else I need to know before I start my vocation?

Yes: Love God and the Church!