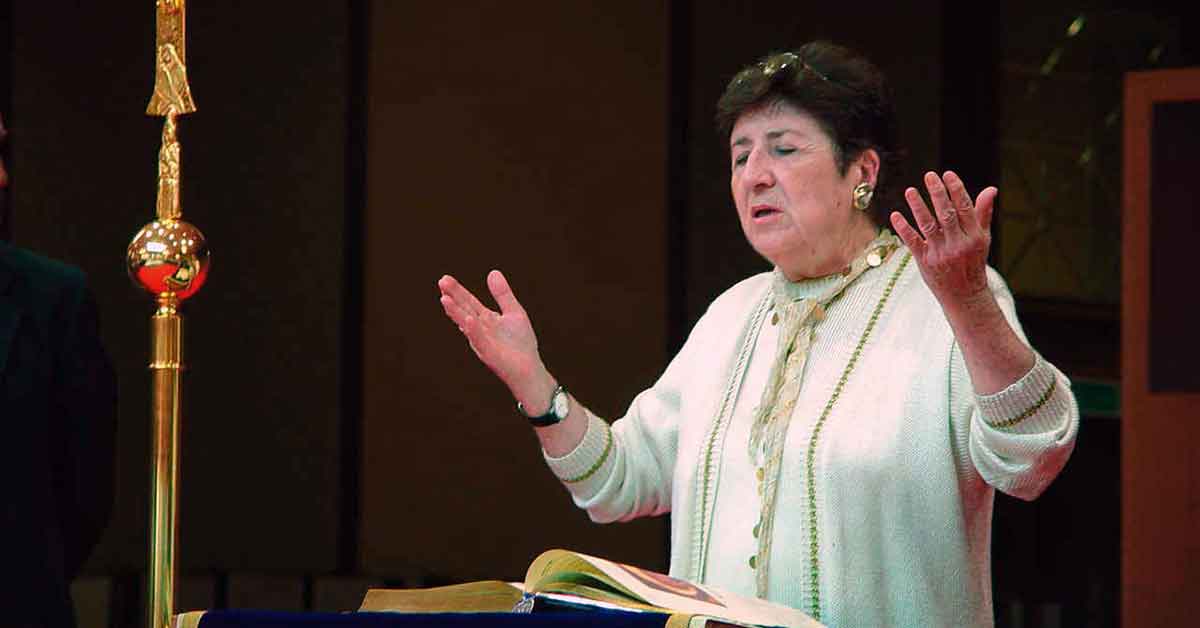 Members of the Neocatechumenal Way formally presented to the archbishop of Madrid a request to open the sainthood cause of their co-founder, Carmen Hernández.

Cardinal Carlos Osoro Sierra of Madrid celebrated Mass in the city’s cathedral July 19, the fifth anniversary of her death.

Church rules require a waiting period of five years before opening a sainthood cause. The process begins on a local level in the diocese where a candidate died.

The initial stages include collecting the writings and speeches of the candidate and interviewing witnesses who knew the person. The information forms the basis of the “positio” or position paper, which is forwarded to the Vatican Congregation for Saints’ Causes.

When the cardinals and bishops who are members of the congregation are satisfied that the “positio” is complete and demonstrates that the sainthood candidate lived an extraordinarily holy life, they recommend the pope sign a decree recognizing the candidate heroically lived a life of Christian virtue.

Once the promoter of a cause identifies a potential miracle attributed to the candidate’s intercession, the documentation also is turned over to the saints’ congregation. A panel of physicians, a panel of theologians and the members of the congregation all must recommend the pope sign a second decree recognizing the miracle before a date can be sent for the beatification ceremony.

Hernández and Kiko Argüello founded the Neocatechumenal Way, a parish-based faith formation program, in the 1960s to deepen people’s faith and evangelize those normally excluded by society.

Born in Olvega, Spain, Nov. 24, 1930, Hernández received a degree in chemistry and worked for a time at a major food company her family founded and ran. However, she soon left to join the Missionaries of Christ Jesus to do mission work abroad. She also received a degree in theology.

Inspired by the work of the Second Vatican Council, Hernández then spent two years in Israel deepening her understanding of Scripture and the importance of catechesis before returning to Madrid where she met Argüello and laid the foundations for the first Neocatechumenal community.