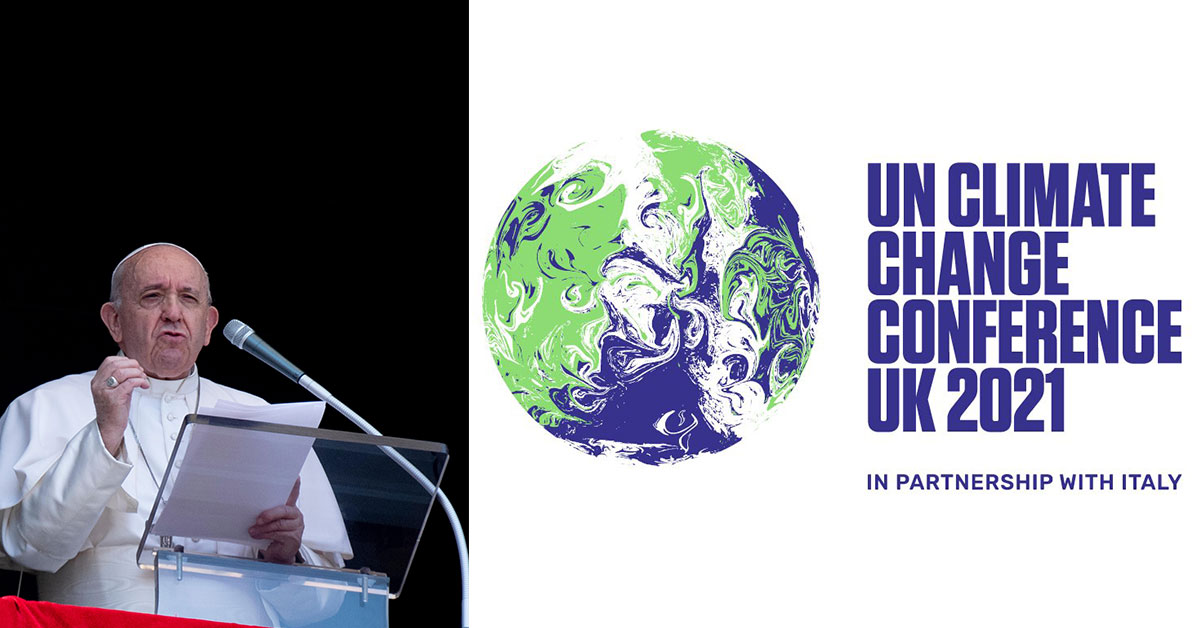 While the Vatican has not confirmed Pope Francis’ plans, the bishops of Scotland say they are delighted to hear the pope wants to attend the U.N. Climate Change Conference in Glasgow in November. (CNS photo/United Nations)

By Cindy Wooden – Although not confirmed by the Vatican, the idea of Pope Francis making a daytrip to Scotland in early November to attend the U.N. Climate Change Conference is heating up.

The “World Leaders Summit” of the two-week conference, known as COP26, will take place in Glasgow Nov. 1-2.

“Scotland’s Catholic bishops have welcomed the prospect of a meeting with Pope Francis when he attends the COP26 Conference in Glasgow in November,” said a press statement from the Bishops’ Conference of Scotland.

“Having written to the Holy Father to assure him of a warm welcome should he attend the conference,” the bishops “are delighted to hear that he does hope to attend and would be glad to meet with them in Glasgow,” said the statement signed by Peter Kearney, director of the Scottish Catholic Media Office.

“The pope will be in Scotland for a very short time, most of which will be spent participating in the COP26 conference,” the statement said. “While many pastoral, ecumenical and interfaith gatherings would be desirable while he is with us, time constraints, sadly mean such a full programme will not be possible.”

Pope Francis is expected to host about three dozen religious leaders from around the world at a meeting at the Vatican and in Rome on Oct. 4 in preparation for the summit. Speaking to a group of Orthodox clerics on June 28, Pope Francis said he was looking forward to an October meeting with Orthodox Ecumenical Patriarch Bartholomew of Constantinople, an early leader in the Christian ecology movement.

The faith leaders’ summit will cap a series of online meetings they have been having since February to draft a statement to government leaders who will gather in Glasgow in November.

At a news conference announcing the October meeting, Archbishop Paul Gallagher, the Vatican foreign minister, said he could not comment on reports that Pope Francis would travel to Glasgow for COP26.

“If the Holy Father goes, it’s in the competence of the trip organisers and that ain’t me,” he said with a chuckle. “I have to leave it at that, I’m afraid.”

After John Kerry, U.S. President Joe Biden’s special envoy for climate, met privately with Pope Francis in May, the envoy told Vatican News he believed the pope intended to go to Scotland for the meeting.

In fact, in one of the partial video clips released by the Vatican, Kerry can be heard telling his staff, “First day, he’ll be there with the heads of state.” Someone replied: “That’s great. We’ve been hearing that, so it’s nice to have confirmation.” Kerry then said: “It will be amazing. I’m telling you it will have a profound impact.”