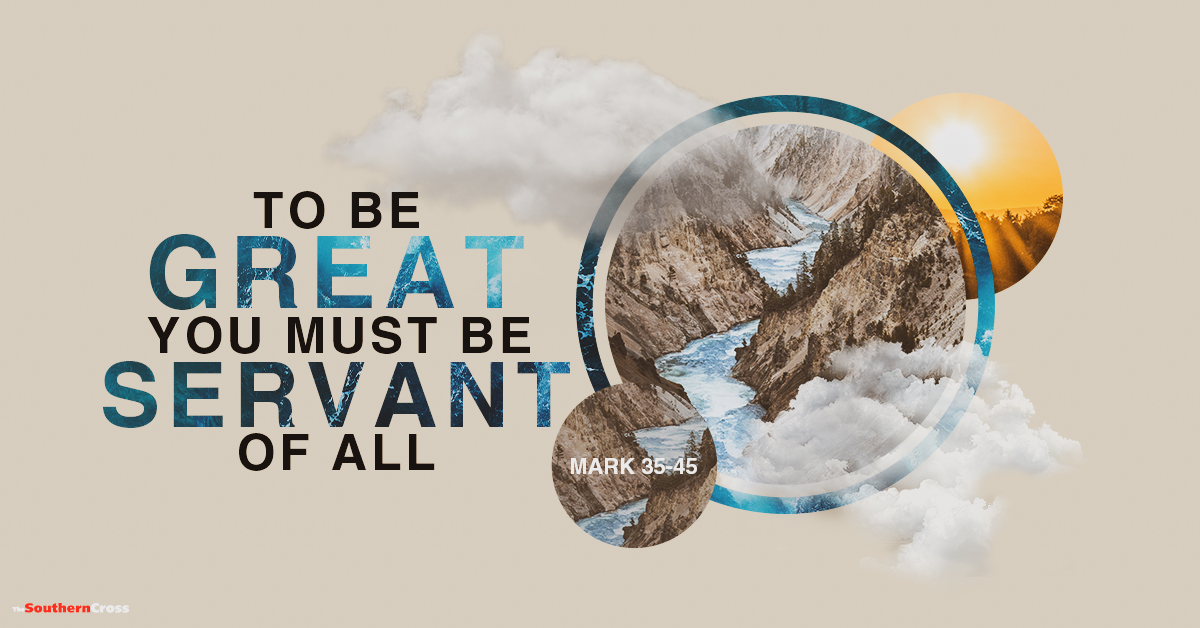 We live in a culture in which we are repeatedly coaxed into believing that all of life is a race of Olympic proportions, with the constant assurances that we can all be winners if only we’re the ones who, given the opportunity, just tries a little harder than everyone else. In the world of sports, contests, Idols, video games, proving oneself is the primary ‘myth’, through which we frame reality.

Even in religious matters, righteousness can often seem a pietistic competition, with redemption as the prize to be won. Jesus had something to say about such perceived winners who have already received their ‘rewards’.

If we can’t all be winners all the time and for all time, then what is there to say about all of those occasional or eventual losers? For surely anyone who has lived long enough has known some very real, sometimes very painful loss.

What do we do with those other contestants we find in this human race that just happens to be among the ‘last and least’ among us? Is there perhaps anything, or perhaps someone, for whom we might be willing to drop out of the race?

History is written by the winners for the winners, whether it be church history, political history, or military conquest. In contrast, our Sacred Scripture is for losers, because it’s their story. The Bible is infiltrated with subversive texts that not only expose the short-sighted, self-serving failings of the presumed winner but time and again, raise up the loser. The whole prophetic tradition might be summed up with the unwelcome message those who thought they were winners have lost their way, ending up at the bottom.

These texts constantly legitimise not the people on the top, but invariably the people at the bottom, from Abraham, Moses, Jeremiah, Job, John the Baptist, and then on to Jesus.

Scripture tells the stories of the rejected son, the younger son, the barren woman, the sinner, the outsider, always being the chosen one of God! It is the biblical pattern which we would rather not see. It takes away our power to exclude ‘the least of the brothers and sisters’ because that is precisely where he, Jesus, is to be found.

At the heart of the gospel story is the assertion one cannot live life to its fullest until one can lose more than a little of that fierce, competitive edge, and more fully experience losing. Sometimes abundant life becomes possible only in confrontation and brokenness. Wholeness is seen in the freedom to be and in the ability to escape the survival mentality that inevitably locks us into self-centeredness. Wholeness is found in the maturity of being able to live for another by giving our love and our very life away.

Our spiritual journey requires that we come face to face with that side of our personality that is fearful, insecure, and seeks validation through domination in some way. Without this stripping of the false self, this ‘dark night of the soul’, we cannot enter into a proper relationship of love with another person, nor can we truly know and be in a relationship with a transcendent God.

The way we handle our relationships with each other will be mirrored in our relationship with the living God who cannot be manipulated, controlled, or dominated by any of the games we play. Unless you’re in the right relationship with at least one other person on this earth, unless there is some place you can give and receive love without manipulation, attachment, or expected reward, we will not comprehend the Gospel of Jesus the Christ.

Beware of whom you underestimate. Those charged with setting people free may be a person you specifically choose to dislike, ignore, judge, gossip about, ridicule or completely take for granted. For it is true that any of these people could be the one who is currently on the planet expressly to set you free. For there is no Divine Law that says that missed opportunities cannot occur. Often. Because the only real ‘time’ is Now or Now or Now or Now… Consider yourself warned. Amen!