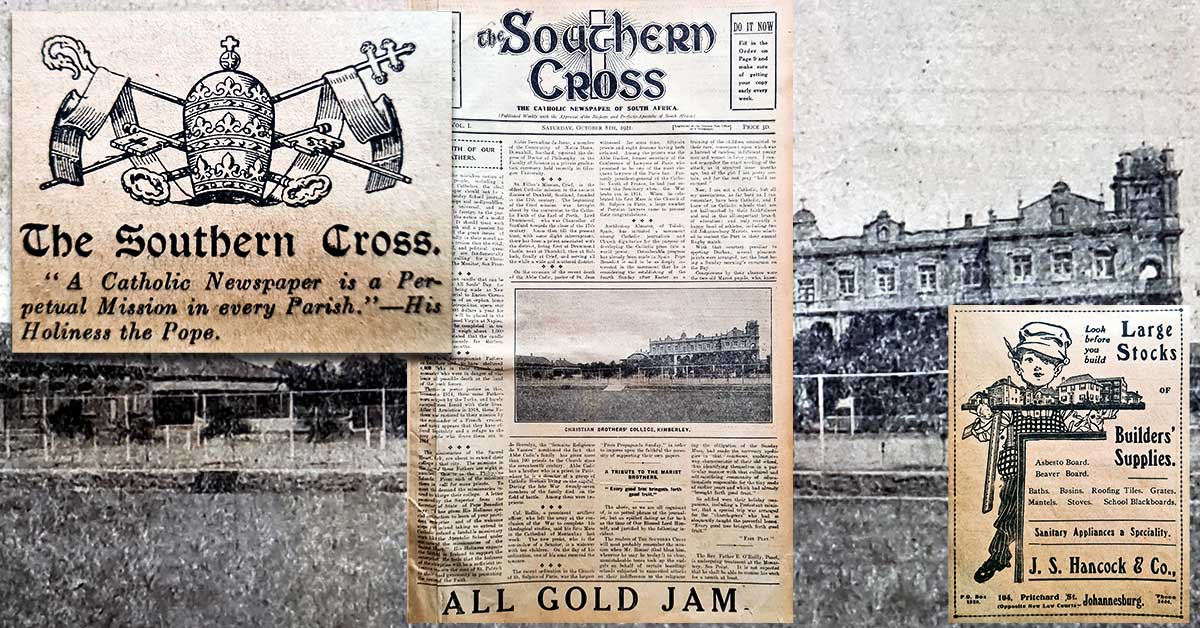 Benoni shrine to Our Lady

A shrine in honour of Our Lady was erected at Benoni parish to celebrate a successful parish mission conducted by Redemptorist Father Hoyes. “A lamp is now burning before this shrine and will be kept burning for all time, it is hoped,” said parish priest Fr C Kempf OMI.

Editorial: Into the second year

In his editorial, Fr John Colgan notes that as The Southern Cross enters its second year, it has proven wrong the “gloomy pessimists who prophesied that…the venture was too ambitious”. The newspaper “has safely navigated the threatening seas it has sometimes encountered”. An efficient Catholic press is necessary, because “if the Church of God was to continue its mission on earth, it would have to learn to wield the weapon of the press, which the enemies of the faith are using with such deadly effect”.

Fr Colgan, who became editor on October 1, also pays respect to his predecessor, Fr James Kelly. “The Southern Cross owes a great deal to his courage and optimism and his patient and persevering work.”