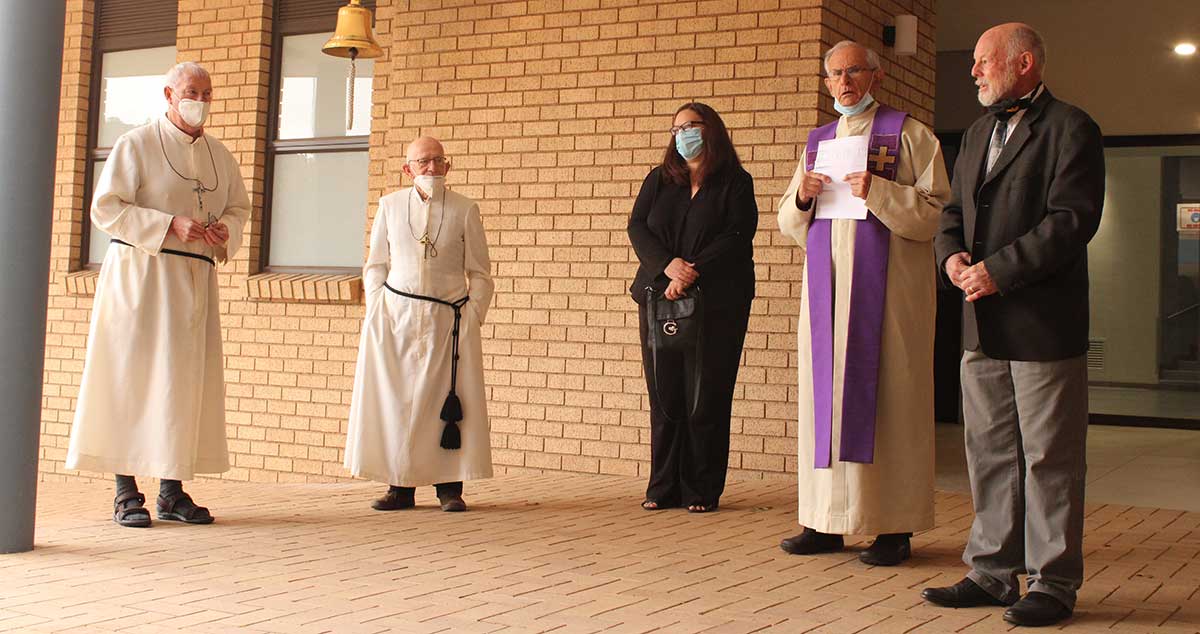 Marist Brothers Linmeyer was honoured to have Father Dave Dryden (who has been the school’s resident priest for over 24 years) bless the new Multi-Purpose Hall completed in 2020 on the High School campus. The new High School was completed in 1998 but has been without a hall of its own for the past 21 years. The existing hall on the Primary School campus had to be shared by both schools. 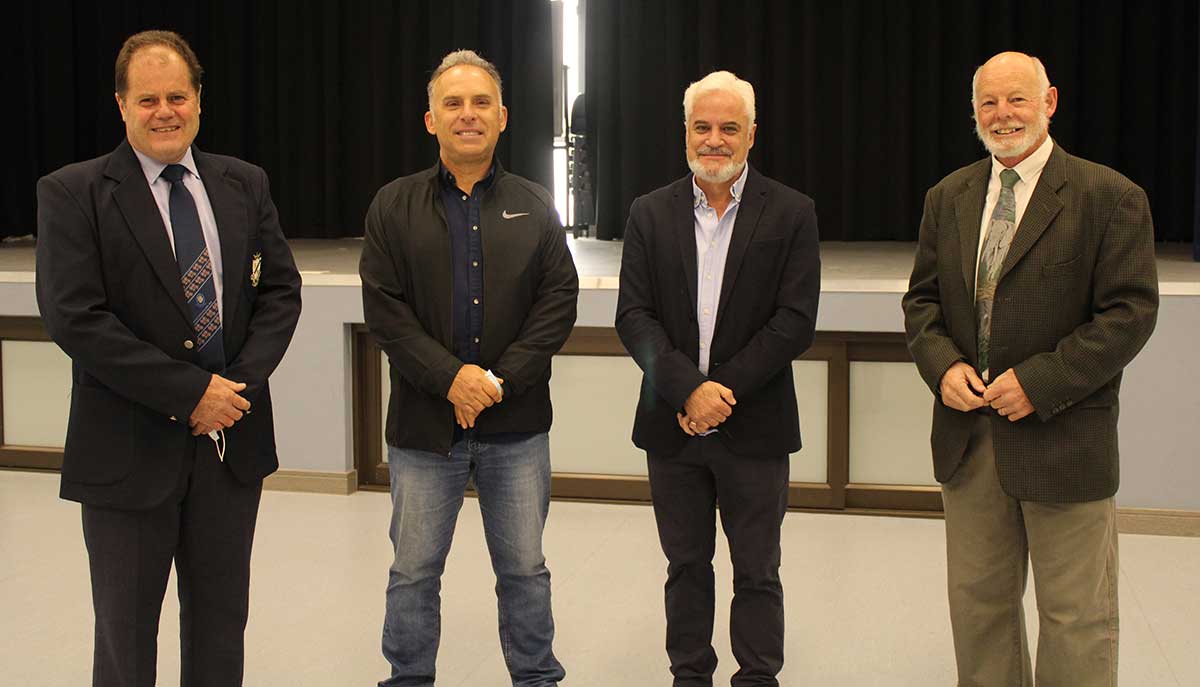 Both Architects from SVPS, Silvio Vasconcelos and Jorge Ferrao, who have designed so many of the buildings, were on hand to be thanked for their valuable input and efforts over the past 24 years! The Board Chair, Ursula Botoulas as well as staff and students also joined and present to celebrate the blessing.