Bishop-Elect Who Was Shot Ordination Delayed till 2022 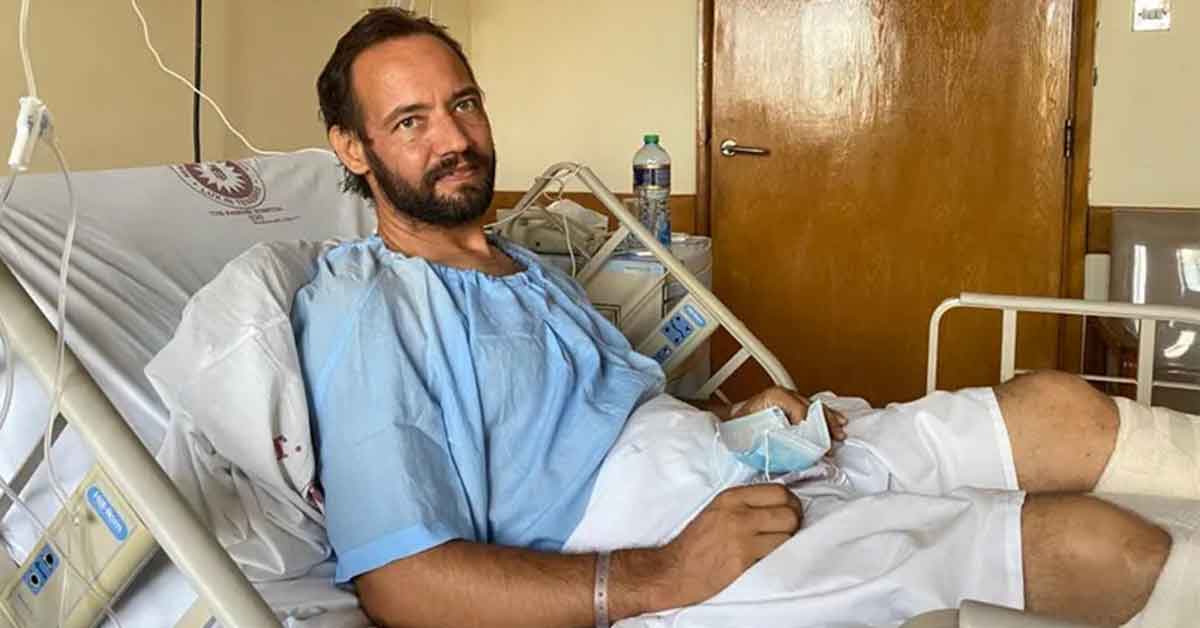 Fr Christian Carlassare, Bishop-Elect of Rumbek, recovering at a hospital in Nairobi on April 27 after having been shot in his rectory in Rumbek the previous day. (Photo: ACI Africa)

The apostolic nuncio to South Sudan has announced the postponement of the episcopal ordination of a Bishop-elect who is recovering from gunshot wounds.

Bishop-elect Christian Carlassare was due to be consecrated as bishop of Rumbek, central South Sudan, on May 23, Pentecost Sunday. But the episcopal ordination was postponed after he was shot in both legs on April 26.

“It is my duty to inform you, on behalf of the Holy See, that the episcopal consecration of the Bishop-elect of Rumbek,  Fr Christian Carlassare, has been postponed to 2022, at a date still to be determined,” he said in a letter to local ordinaries and apostolic administrators in South Sudan and Sudan.

The archbishop commended “the Bishop-elect and the Diocese of Rumbek to your fervent prayers.”

Pope Francis named Carlassare as bishop of Rumbek in March, ending an almost 10-year vacancy in the diocese.

The 44-year-old Italian-born Comboni Missionary priest was shot during the early hours of April 26, when two armed men fired multiple bullets at his door, gaining access to his room in a block that houses priests serving at the Diocese of Rumbek’s Holy Family Cathedral.

After initial treatment in Rumbek, he was airlifted to Kenya’s capital, Nairobi.

In a video recording from his hospital bed on April 27, the bishop-elect described the shooting as life-threatening but called for reconciliation and “justice with the same heart of God” among the people of Rumbek.

“It will take some time for my legs to be able again to walk, but I assure you that I will be back and I will be with you,” said Carlassare, who has served in South Sudan’s Malakal diocese since 2005.

He added that on the day he was shot, he “called to the government and the community and all the people of Rumbek asking for forgiveness: to forgive those that committed this act, forgiveness that is not just being naive and leaving aside errors but correct errors not with violence, but with dialogue and forgiveness.”

“I feel that the community of Rumbek needs much forgiveness to be able to dialogue and to come together,” he told ACI Africa.

Days later, he said that he was offering his pain for the purification of Rumbek diocese.

“I bend low in front of God to intercede for the Church of Rumbek. I pray for the conversion of sinners. I offer the pain I’m going through so that the Lord, our God, may purify the church of Rumbek from all errors and things like these may happen no more; no room for violence, division, [and] selfish desires that come from the devil,” he said on May 4.

On May 5, Pope Francis appointed Bishop Matthew Remijio of South Sudan’s Wau diocese as the apostolic administrator of Rumbek diocese.

The bishop-elect was discharged from hospital for home care on May 17.

In June, police in South Sudan’s Lakes State arrested a second person suspected of involvement in the shooting.

The arrest brought the number of those detained concerning the incident to six. Among them is Fr John Mathiang, who served as Rumbek’s diocesan coordinator.

Multiple sources have confirmed to ACI Africa that the suspects are currently being held in the capital, Juba, after being transferred from Rumbek.