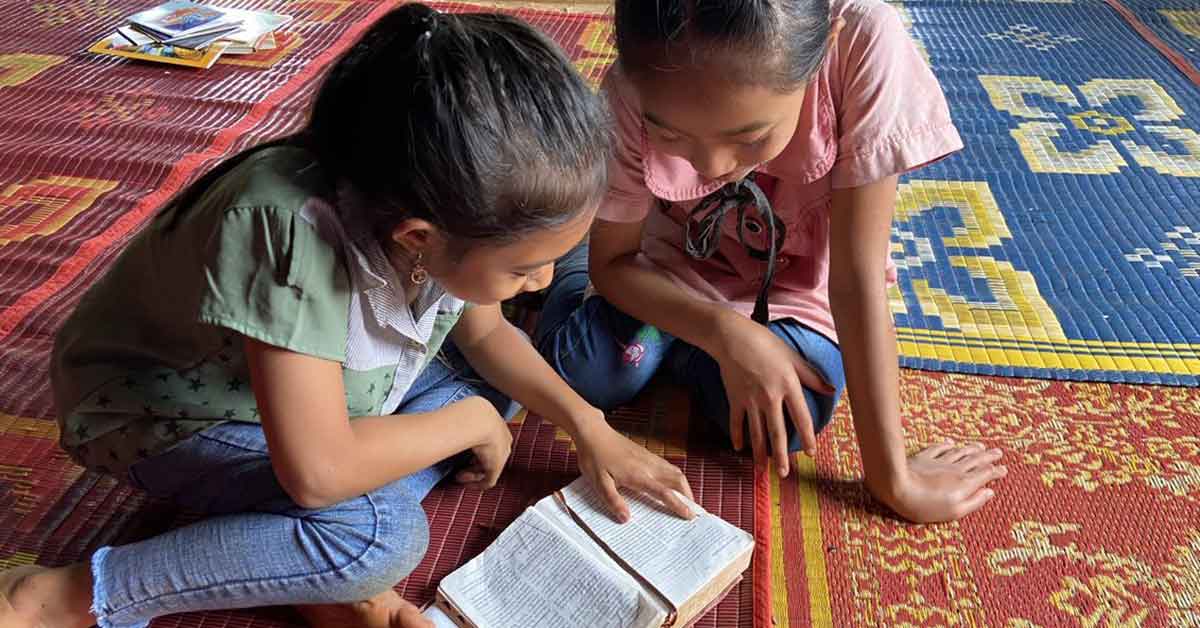 By Elizabeth Botha, Open Doors – World Children’s Day was celebrated on 20 November to commemorate the Declaration of the Rights of the Child by the United Nations in 1959, and the spotlight falls again on children worldwide and improving children’s welfare.

It is shocking to learn that the persecution of Christian children is rising rapidly all over the world and that they often pay a terrible price for their parents’ Christian faith. In at least 28 countries the children of Christians and church leaders are targeted with serious violent persecution and treated as commodities.

In countries with persecution, children are extremely vulnerable to persecution, especially in areas with ongoing conflict. Christian boys are often forced to join military groups and girls are exposed to sexual violence and forced marriages.

New report on the persecution of children

These are some of the findings of a shocking new report by the ministry organisation Open Doors International. The report, titled “Children and youth-specific religious persecution 2021”, describes the extreme persecution children in countries prone to persecution are facing because of their faith.

Thousands of children all over the world experience persecution, violence and discrimination for their faith. They are targeted to prevent the Church from growing and expanding through the next generation.

The report covers the findings on persecuted children and youth in the top 50 countries on the Open Doors World Watch List, which is an annual list of the 50 countries in the world where it is the most difficult to be a Christian, with persecution being very high or extreme. For the purposes of the study, children and youth were considered to be individuals under the age of 18 years.

The seven most important findings from the report are:

Children must be protected

Executive director of Open Doors Southern Africa, Lynette Leibach, says: “Child and youth-specific religious persecution is a very serious issue that directly influences affected children’s wellbeing and opportunities. As the recently released report shows, this persecution has many different forms but the intention behind all of them is to stop or hinder Christian faith and the continuance of the Church.

“I feel saddened at the reality of this issue and the destruction caused by persecution aimed at our family of faith’s children. Together, we need to protect them.”

Ingrid Smit, a well-known South African social worker, adds: “As a woman, Christian and social worker, the persecution of children breaks my heart. Children are so vulnerable and defenceless. They depend on adults for protection, guidance and provision.

“Children should be nurtured, as the Bible warns us not to lead children astray or harm them. Therefore, any kind of abuse of children is contemptuous, dark and evil; and has a devastating effect on the overall society.”

According to Pastor Jackie Gouws, senior pastor at the Rustenburg Baptist Church, children must be well informed about persecution and taught about the dangers that they may face because of their faith. “Persecuted children must realise that Jesus was also persecuted for His faith and that His followers will be persecuted for their faith. It is also vital to keep children in the ‘free’ Western world informed about life in countries where there is severe persecution – this will help them to be aware of the hardships that persecuted children face.”

Errol Otto, youth leader at the Pentecostal Church in Kraaifontein, says: “Children are a living message of the future our generation will not see. We must help innocent youngsters in our society to stand strong against persecution. Thank you to Open Doors for their support in helping persecuted children with food, a safe place to stay and opportunities to go to school. May the Lord continue to use this ministry organisation to do His work and to spread knowledge about persecution all over the world.”

Although the research studies the experiences of Christian children and youth, the authors presumed that these tactics are not unique to Christian populations. There is a need for far greater understanding of how children and youth around the world are vulnerable to violence, discrimination and harassment because of their religion and their association with Christian parents and communities.

Open Doors Southern Africa (ODSA) forms part of the Open Doors International ministry, which serves persecuted Christians in over 60 countries across the world by delivering Bibles and Christian literature, visiting persecuted Christians, discipleship and training, offering emergency aid to victims of persecution and natural disasters, and speaking out and raising awareness through advocacy.