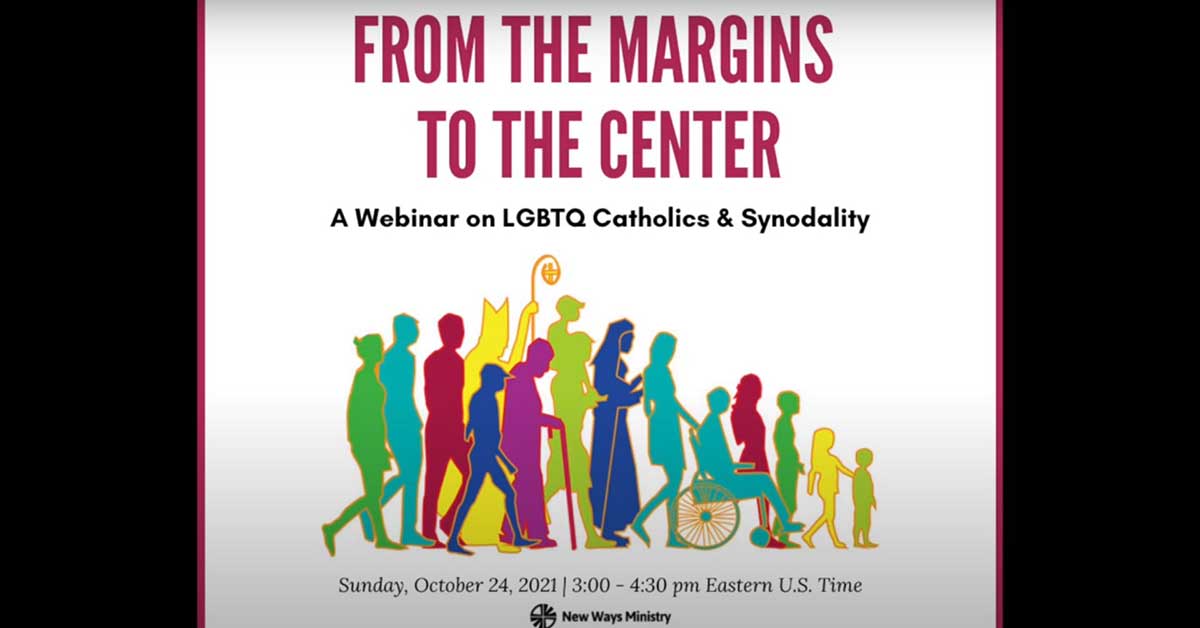 By Cindy Wooden – LGBTQ Catholics are more than welcome to participate in the prayer, discernment and discussion process leading up to the celebration of the assembly of the world Synod of Bishops in 2023, a synod official said.

Thierry Bonaventura, communication manager of the synod’s general secretariat, formally apologised for his decision in early December to remove from a website of synod resources a video of an October seminar on the synod prepared by New Ways Ministry, an unofficial Catholic group that advocates for LGBTQ Catholics.

In an article in the December newsletter of the Synod of Bishops, Bonaventura published his apology under the title, “Children of a Lesser God?”

“Walking together also means knowing how to apologise,” he wrote.

“In recent days, I have personally taken the initiative to de-publish a post” by New Ways Ministry “for internal procedural reasons,” he said, without further explanation. “This brought pain to the entire LGBTQ community, who once again felt left out.”

The link to the New Ways video was restored to the synod resources page on Dec. 12 and a letter from an Italian LGBTQ group encouraging participation in the synod process was added.

In posting the materials, Bonaventura said, “I feel that I must apologise to all LGBTQ people and to the members of New Ways Ministry for the pain caused.”

The restoration of the video and the posting of the Italian letter, he said, shows “the firm will – not only mine but of the entire general secretariat of the synod – not to exclude those who wish to carry out this synodal process with a sincere heart and a spirit of dialogue and real discernment.”

“LGBTQ groups and those groups who feel they live on the ‘margins’ of the church can direct their contributions, resources or what they want to share with the whole people of God to webmaster@synodresources.org,” he said.

The EWTN-owned Catholic News Agency had reported on Dec. 7 that Bonaventura had removed the video link.

“Even if we are open to receiving any useful resources without a particular censoring of the material, it is our desire to welcome inputs from officially recognised organisations by the Catholic Church,” Bonaventura had told CNA. “In this case, my team was not aware of the situation of the New Ways organisation and of the clarification given by the USCCB president in 2010.”

Bonaventura was referring to a statement by the late Cardinal Francis E. George of Chicago, then president of the U.S. bishops conference, saying that, “like other groups that claim to be Catholic but deny central aspects of church teaching, New Ways Ministry has no approval or recognition from the Catholic Church and that they cannot speak on behalf of the Catholic faithful in the United States.”

The occasion of the statement, the cardinal had said, was that “New Ways Ministry has recently criticised efforts by the church to defend the traditional definition of marriage as between one man and one woman and has urged Catholics to support electoral initiatives to establish same-sex ‘marriage.'”

The National Catholic Reporter reported on Dec. 8 that in May and again in June, New Ways Ministry received letters from Pope Francis thanking them for their outreach.