WYD pilgrims were prepared for Rio

The memories of World Youth Day in Rio de Janeiro are etched sharply in the mind, heart and soul.They were and are unforgettable, because they were part of a spiritual and deep personal process of growth in faith, hope and love, directed by the loving Lord at the very moment that it was needed most. 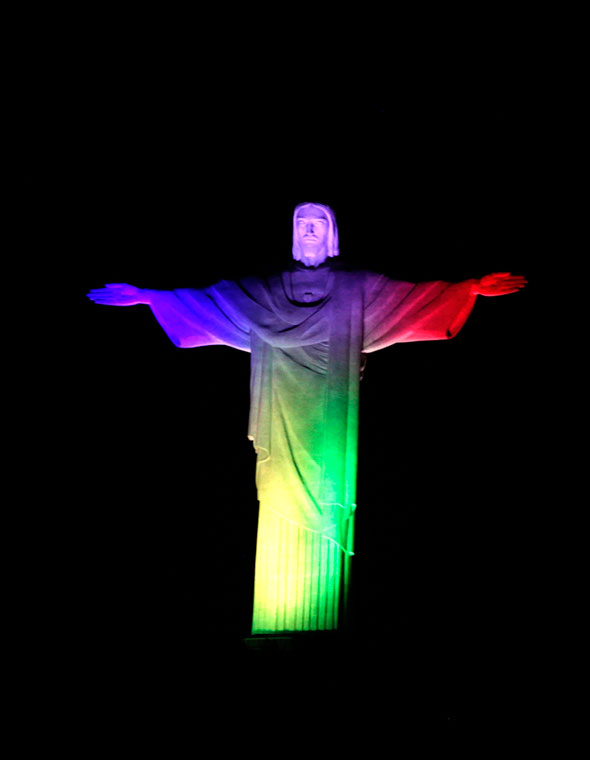 The Christ the Redeemer statue in Rio de Janeiro. In his column, Cardinal Napier reflects on his experiences of being at World Youth Day this year. (Photo: Ricardo Moraes, Reuters/CNS)

In a way that process began when in 2004 I was finally persuaded that going to World Youth Day would be a worthwhile experience. At the very least I would be able to give something to the young people gathered for the occasion.

Prior to that I had considered World Youth Day something that was Pope John IIs personal domain.

Then I went to Cologne in 2005, and the picture began to change. Many in leadership in the German Church thought too that World Youth Day was simply a John Paul II thing. Little did I realise that in fact the youth had taken it over and made it their thing.

This was their moment for expressing their faith in Jesus Christ and they were doing it in their way noisy, brash, energetic and yet somewhat fragile, from a human point of view.

In other words, despite the best efforts of adults in the Church, mistakes were made, inexperience in life bore unexpected and unwanted fruits. Nevertheless, through the human frailty, the grace of God broke through and changed lives, some quite dramatically, often leading to complete change of life, discernment of priestly or religious vocations, and so on.

Subsequent experiences in Sydney in 2008 and Madrid in 2011 led to the realisation that the level of impact or success of World Youth Day depends primarily on three things, understanding, motivation and preparation at all levels  human, personal and communal, but also faith, religious and spiritual.

For the best result, there needs to be good and wise selection of who should go on the WYD pilgrimage. The panel that selects the candidates must be able to communicate to the parishes or groups sponsoring the prospective pilgrim the proper understanding of what World Youth Day is, the appropriate motivation and adequate preparation that will be needed for the best result.

While understanding and motivation are important, the key is good all-round preparation, with deep emphasis on spirituality. The pilgrim must be already well on the way to spiritual growth in Christ. He must have an adequate knowledge of and love for Christ and he must be already in the process of living that knowledge and love in a real acquaintance and friendship with Christ.

By saying in the process, I am making it clear that this is a growing advancing relationship, not one which stops at Im a born Catholic or Dont ask me to do anything other than I am already doing.

The crucial difference between Rio and previous World Youth Days was this last aspect  the awareness of and commitment with Jesus in and through interaction with the group preparing to go on this special faith pilgrimage.

Those who came regularly and participated wholeheartedly in the Power House and monthly pilgrim meetings stood out and soon became anchors for those who were less certain of where they were on their faith journey. This is what gave Rio a head start over the previous WYDs.

The prayer and praise sessions, but especially the Lectio Divina, had a telling role to play. Listening, reflecting, meditating, being in Jesus presence through his word, sharing with each other  all that worked wonders. The Spirit flowed in and did his thing.

The more the group integrated spiritually the more united, the more caring, the more Christ-like it became.

I am able to say this with some assurance as I had occasion to witness a very different dynamic in a group that had not prepared in a similar way, with disastrous results  the worst being a very bad spirit that ruined the WYD as a spiritual and faith experience.

Rio came out tops in this regard. A real family that made parting sweet grief indeed.