Dear reader, we begin a journey of encounter with Saints of Christian Unity. Perhaps you wonder, is there such a thing as Saints of Christian Unity? And for what use? I have been inspired by St John Paul II in coming up with this series. It is said one of the things that marked his pontificate was the abundance of canonisations, jokingly spoken of as inflation of saints. And it is true. 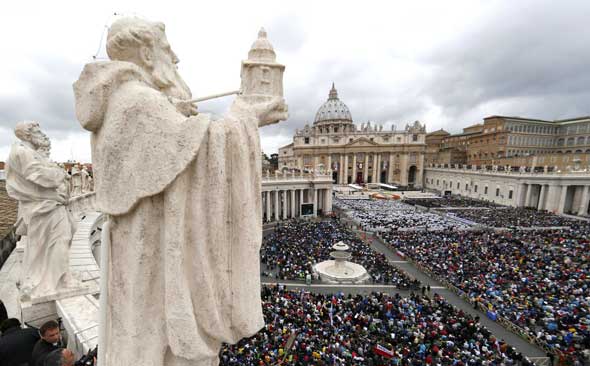 In a 2006 interview with the Roman Zenit news agency, Cardinal Jose Saraiva Martins, then the prefect of the Congregation for Sainthood Causes, said: The number of saints and blessed increased in John Paul II’s pontificate. He alone proclaimed more saints and blessed than all his predecessors together since 1588, the year this dicastery was founded. Why such abundance?

It was both theological and pedagogical. St John Paul brought home the teaching of Vatican II of the universal call to holiness as something not reserved to the privileged few. He did not create saints, but recognised the holiness shown in the exemplary lives of some persons as Gods gift. Thus, he proposed models of holiness to other Christians.

Cardinal Saraiva explained that for St John Paul, the holiness of the saints, blessed and martyrs is perhaps the most convincing ecumenism because holiness has its ultimate foundation in Christ, in whom the Church is not divided.

In the aim of giving many models, St John Paul made some reforms in the rules governing sainthood causes. For instance, as his biographer George Weigel observed, St John Paul took a lot of the process out of Rome into the local diocese where a cause originated, making local churches an integral part of the process. Finding the saints that God has made is no longer just a Roman affair. The reforms made the process faster, less costly, more collegial.

So St John Pauls many pilgrimages to local Churches often included beatifications and even canonisations, which previously had been celebrated in Rome.

St John Paul canonised 482 saints, and of 52 celebrations, 38 took place in the Vatican and 14 in other countries. He wanted to remind people that sanctity is, in fact, all around us through the virtuous examples of the local saints. We may say that it was his means of evangelisation, not so much by doctrine but by showing models of Christian life to emulate. It works, and it is still working today.

It is the importance and the potency that lies in this pedagogy that inspired me to propose a series, to provide examples of people who tried to live the true image of the church koinonia, the communion that went beyond the boundaries of a particular denomination.

It is these people, Catholics and non-Catholics, who lived an exemplary life in the steps towards unity of Christian churches whom I collectively call Saints of Christian Unity. They may not be canonised or beatified, but their legacy is too significant to overlook.

There were theologies, attitudes, practices of the time regarding the whole concept of unity and the means to realise it. Yet, such men and women, in their earnest search for the unity which Jesus demands of us, were ready to tread beyond beaten paths, despite all sorts of challenges and obstacles they had to face.

It is their prophetic stance that has inspired new teaching and practice in the search for unity among Christian denominations today.

Lets meet these holy men and women, the Saints of Christian Unity, their way of life and their ecumenical gestures, every month in this place.