How to handle Criticism 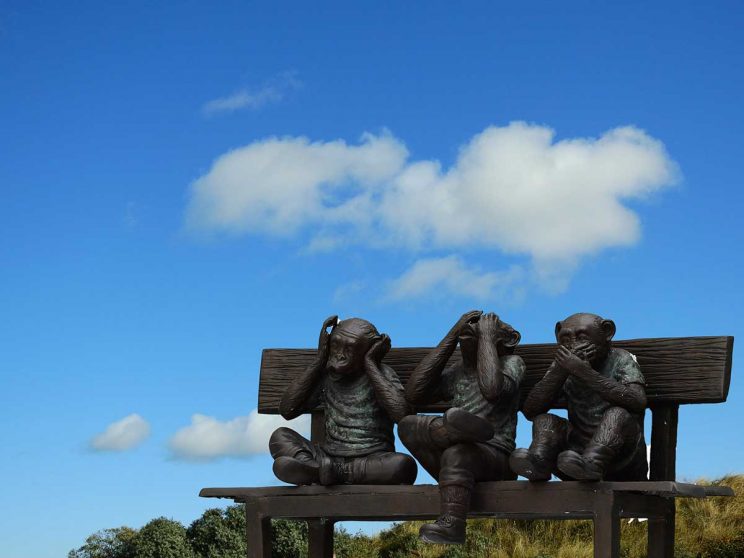 Everyone encounters criticism, whether it is a manager pointing out declining performance, a bad review of your writing, a comment about your dress or even self-criticism after an embarrassing slip-up.

Your ability to digest that criticism and make use of it says a lot about who you are. Even better is to be the kind of person who can take a sharp, verbal critique, stand up and perform even better.

Most of the time we don’t tell people what we really think of them. We either say nothing or we sugarcoat our feedback to each other. Why do we do this? Why does it hurt to be on the back-end of an honest opinion?

I believe it is because most of us have not received feedback or criticism in a way that builds us up, but rather in a way that points out how we have failed. As a result, we haven’t trained ourselves to recognise that a criticism of our behaviours, results or efforts isn’t a criticism of ourselves. Once you train yourself to notice the separation, you can start using any criticism thrown your way to improve your future efforts.

In his letter to the people of Ephesus, St Paul advised: Let no corrupting talk come out of your mouths, but only such as is good for building up, as fits the occasion, that it may give grace to those who hear (Eph 4:29). In other words if you must correct someone, do it from a place of love.

It is a new year and most of us are gearing ourselves to improving our behaviours and performance to achieve better results. But criticism will come our way. And we too will have opportunities to criticise others.

Tips for surviving feedback that might crash upon your ego:

– Balance yourself. Whenever you get a piece of criticism, you need to balance it by recognising that this is just one tiny critique out of all feedback.

– Don’t exaggerate its impact on who you are. Do not lose sight of everything else that you are doing right by focusing on this one piece of negative feedback.

– There is no absolute feedback. We are so fond of speaking in absolutes, like you always do this and you never do that. This is where part of the hurt in criticism resides. If someone told a stand-up comedian he wasn’t funny after a show, that would probably mean he wasn’t as funny as the other comedians whom that person likes. It doesn’t mean the stand-up comedian is objectively the most unfunny person ever.

– Don’t ask for honesty when you want support. When we ask someone for their honest opinion, we should brace ourselves for exactly that and not want to tune in only for praise. Notice how you feel inside when you ask for feedback. Do you want help or validation? Be clear on that, else you might receive an unexpected critique.

Redirect Criticism into the Positive

l don’t argue. What I admire in great leaders is that they do not engage in arguments with their assailants when they are criticised. Great leaders show maturity by not bringing themselves down to the level of their harshest critics, but rather redirecting the criticism into something positive thereby looking more secure and confident as a leader.

Train your ego. My ego gets bruised when I am criticised because I always want to achieve my best. And I realise that I cannot have a sensitive ego when I want to have continuous feedback on my work. Because failure is also part of life.

How can I train my ego not to feel hurt so easily? The only way is to go towards criticism. Actively seek out criticism to give your ego the exercise needed to become desensitised to hurt. It’s like forcing children to eat vegetables they don’t enjoy it, but it’s good for them. It builds them up and makes them stronger.

Don’t not run away from criticism, but welcome it, to learn from it. And let’s always give constructive feedback that builds the other up and brings out their best.