Why Science and Religion need each other

The opponents of religion like to scoff that religion and science are in conflict with one another. Dr BERNARD FARRELL-ROBERTS explains why the opposite is true. 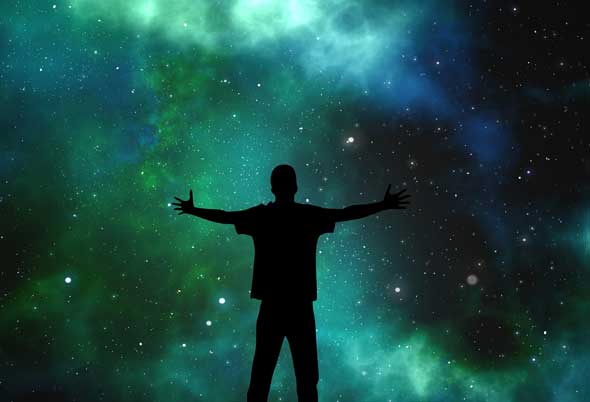 Any truths or facts that come from the study by science of nature must be compatible with theology, as they must reveal something of the truth that is God. It is therefore impossible for good science and good theology to be incompatible.

Are science and faith really incompatible? The simple answer is no, quite the opposite!

We all know that the three Kings, the Magi, were men of both science and faith, but many are unaware that this same combination can be traced throughout history.

Copernicus (1473-1543), a Catholic canon, proposed his theory that planets circulated the sun and was encouraged to publish the same by Pope Clement VII.

Francis Bacon (1561-1626) established the scientific method of experimentation and reasoning, stating in Of Atheism that the mind “must needs fly to Providence and Deity”.

Johannes Kepler (1571-1630), a devout Lutheran, established the laws of planetary motion around the sun.

Galileo Galilei (1564-1642)—the subject of the first lesson of the “Science and Faith in Dialogue” online course offered by the theological faculty of Catalonia, Spain—was a devout Catholic who supported the sun-centred planetary system called heliocentrism, but was unable to scientifically prove his theory.

René Descartes (1596-1650), another devout Catholic, a scientist and mathematician, is credited together with Bacon with the establishment of modern scientific methodology.

Blaise Pascal (1623-62), also a devout Catholic, was a mathematician, physicist and theologian. He established the foundation for the mathematical theory of probability, and the principles of vacuums and air pressure.

Isaac Newton (1642-1727) is famous for his work in optics, mechanics, and mathematics. He too was a man of considerable faith, who dedicated a lot of time to the study of biblical numerology.

Robert Boyle (1627-91), famous as a chemist, was a devout Protestant; Michael Faraday (1797-1867), famous for his revolutionary work on electricity and magnetism, was a devout Christian member of the Sandemanians; Gregor Mendel (1822-84), known for his foundational work in genetics, was an Augustinian friar and abbot.

Baron Kelvin, a renowned physicist who significantly influenced the course of modern physics, was a devout Christian, as were his scientific contemporaries Stokes and Maxwell.

Max Planck (1858-1947), best known for quantum theory, was a devout Christian and defended the existence of God throughout his life; and Albert Einstein (1879-1955), famous for his work on time, gravity, and the conversion of matter into energy, held a very strong belief in God, famously stating that behind every door opened by science can be found God.

These are just a few selected examples; there are many more.

Today, after years as a senior scientist, he is more convinced than ever of the existence of God, explaining: “That really was the decision I was making, to believe not just in God, but in a God who wishes fellowship with me.

“That God is a God who both created the universe, and also had a plan that included me as an individual human being. And that he has made it possible for me, through this series of explorations, to realise that. It is not just a philosophy; it is a reality of a relationship.”

The fact that there are so many top scientists with strong faith, many of them Christians, should not come as a surprise to us, as the reality is that both science and faith have the same objective: to discover truth.

What do I mean by this? Let us look first at the word “theology”. It comes from a combination of two Greek words that together mean “the study of God”.

We know that Jesus is God, and that he said: “I am the way, and the truth, and the life” (Jn 14:6). So we can justifiably say that the objective of theology is knowledge of truth (of God).

Science is the acquisition of knowledge of facts through use of the scientific method, and this process of scientific enquiry has as its ultimate goal the identification of the truth of nature.

This truth cannot be separated from the truth that is God: God created nature when there was nothing, so nature’s source of being can only be God himself, who must therefore be reflected in nature.

Any truths or facts then that come from the study by science of nature must be compatible with theology, as they must reveal something of the truth that is God.

It is therefore impossible for good science and good theology to be incompatible.

Here though we must practise some caution. I have said “good” science and “good” theology. Both are subject to human error, and clearly, if there is error there can also be incompatibility.

Human error in theology can come about through a lack of knowledge of science, and for this reason Pope John Paul II in 1983 used the 350th anniversary of Galileo’s Conversations to state that it was only through the sharing of knowledge between science and theology, obtained by dialogue and interaction, that each could fully realise own its true potential.

So, not only are science and faith or theology entirely compatible, but they need each other, and feed off each other.

Not just this, they are also intrinsically linked. Consider Collins, the physician-geneticist noted for his discoveries of disease genes and his leadership of the Human Genome Project. Speaking of himself, he explained the nature of this link that exists in each and every human person:

“If God chose to create you and me as natural and spiritual beings, and decided to use the mechanism of evolution to accomplish that goal, I think that’s incredibly elegant. And because God is outside of space and time, he knew what the outcome was going to be right at the beginning.

“It’s not as if there was a chance it wouldn’t work. So where, then, is the discordancy that causes so many people to see these views of science and of spirit as being incompatible?

“In me, they both exist. They both exist at the same moment in the day. They’re not compartmentalised. They are entirely compatible. And they’re part of who I am.”

I leave you with this interesting fact: 40% of all scientists believe in God.

Deacon Bernard Farrell-Roberts STL is the course director of “Science and Faith in Dialogue”, the online course by the theological faculty of Catalonia, Spain. For information on the science and faith Online courses go to www.scienceandfaithonline.org