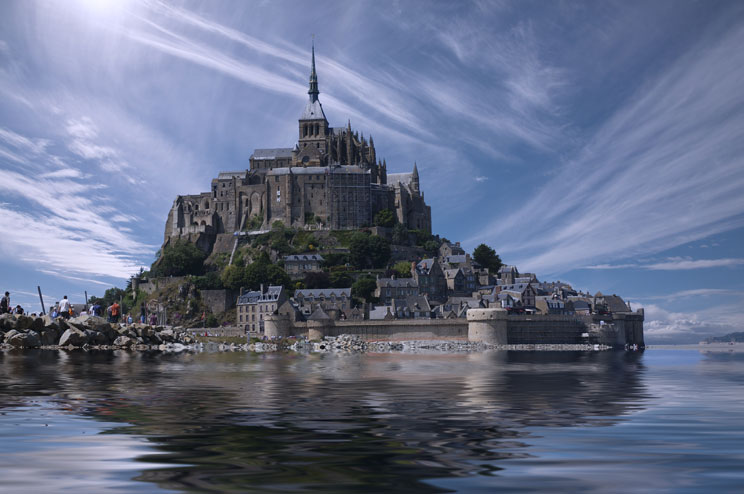 Mont-Saint-Michel is a tiny island off the coast of France which has a medieval monastery built into its rock base. Since 2001, a community of monks and nuns of the Monastic Fraternities of Jerusalem, sent from the mother-house of Saint-Gervais in Paris, have been living as a community on Mont-Saint-Michel.  They are tenants of the centre for national monuments and are not involved in the management of the abbey.
The community meets four times a day to recite the liturgical office in the abbey itself (or in the crypt of Notre-Dame des Trente Cierges in winter). In this way, the building keeps its original purpose as a place of prayer and singing the glory of God. The presence of the community attracts many visitors and pilgrims who come to join in the various liturgical celebrations.
Population: 50, 3 million tourists a year.