Are Volunteers a Nightmare?

About 40 years ago I was waylaid in Hillbrow, Johannesburg, by an Irish Catholic priest who wanted to have a closer look at my rather snazzy Italian motorbike. 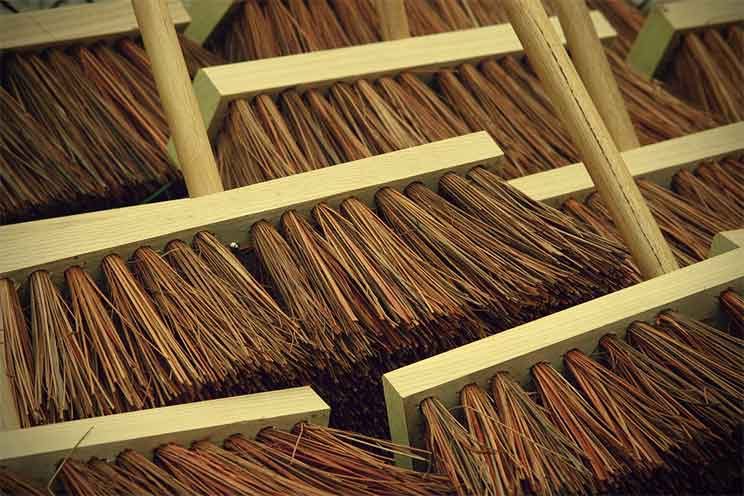 My, how times have changed. Those were the days when the most traumatic thing that could happen to you in Hillbrow was to be accosted by a priest. Nowadays, even if you drive an army surplus tank through the place at under 10km/h, you’ll have hijackers lining up to scalp you.

After promising the good Father a ride on my bike some time when he wasn’t wearing a cassock to get snarled up in the chain, we got to talking about the vagaries of mankind, particularly an inability to communicate.

At some stage in the conversation I somewhat patronisingly suggested that he was lucky to be a priest because he didn’t have to endure those every-man-for-himself business meetings and employees who were mostly self-centred whingers.

Well, he did his ecumenical nut. He took a deep breath, narrowed his eyes, and with his pallor reddening, his raised arms knocked my rear view mirror out of kilter and frightened the daylights out of a passing spaniel.

What are ye after talkin about, boyo? You people in business have got it easy, begorrah. At least you’re dealing with paid employees. All I’ve got is volunteers!

I hadn’t thought of that. Employees one can admonish, threaten, even fire. (Well, in those days you could; nowadays you don’t even think about it.)

But volunteers were another story. One wrong word and they’re off in a huff.

A while later after exhausting some rather depressing topics such as the state of Irish weather and the fact that there had never been a pope called Paddy, we moved to the equally depressing topic of parish pastoral councils.

What I found remarkable was how he dealt with his lay parishioners. Simple. I find out quick as I can what their star signs are  you have no idea how that helps me handle the dear, sweet people.

I was shocked to my socks and took five paces back to escape the lightning bolt I was convinced was already on its way from an equally shocked heavenly host. Heresy, surely!

He laughed, playfully slapped my other rear view mirror out of kilter, and told me not to be old-fashioned. After all, centuries ago the Church condemned alchemists, yet today the Vatican has no problem with chemists, apart from the fact that they sell condoms. So why should astrology be unacceptable, as long as you don’t take it too seriously?

The point, however, is not that a Catholic priest was indulging in what more than just a few of his parochial mother grundies would call black magic, but that he was using star signs to help him understand people and communicate with them a bit more efficiently.

Now years later, I still resort to finding out what someone’s star sign is if I am having difficulty dealing with them. It’s superficial, but does help to get the communication process going.

And on an even lighter note, have you ever wondered how people under various star signs pray? The following guide comes from the weekly newsletter of a Catholic parish in the United States (recognising, of course, that the Church takes a dim view of horoscopes, especially of the kind that claim to forecast the future. As I said, this is a bit of fun):

Aries: Dear God! Give me PATIENCE and I want it NOW!
Taurus: Dear God, please help me to accept CHANGE in my life, but NOT YET.
Gemini: Hello God Who are you? What are you? Where are you?
Cancer: Dear Father, I know I shouldn’t depend on you so much, but you’re the only one I can count on while my security blanket is at the dry cleaners.
Leo: Hi, God. I’ll bet you’re really proud to have me as your kid!
Virgo: Dear God, please make the world a new and better place and don’t let mankind mess it up like they did the last time.
Libra: Dear God, I know I should make decisions for myself. But what do YOU think?
Scorpio: Dear God, help me forgive my enemies, even if they dont deserve it.
Sagittarius: OH ALMIGHTY, ALL KNOWING, ALL-LOVING, ALL-POWERFUL, OMNIPRESENT, EVERLASTING GOD, IF IVE ASKED YOU ONCE, IVE ASKED YOU A THOUSAND TIMES  HELP ME STOP EXAGGERATING!”
Capricorn: Dear Father, I was going to pray, but I guess I ought to figure things out for myself. Thanks anyway.
Aquarius: Hi God! Lets have a party!
Pisces: Heavenly Father, as I prepare to consume this last bottle of Scotch to drown out my pain and sorrow, may my inebriation be for thy greater honour and glory. Updated from 2009