The Deep Wounds of Soldiers in War 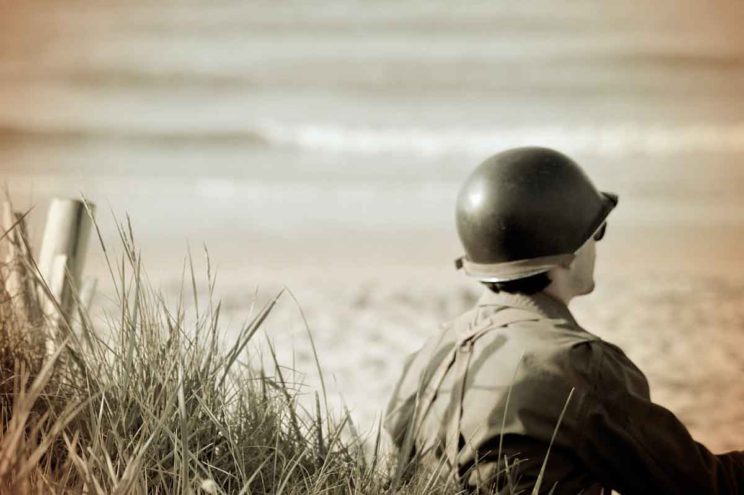 During the recent US Catholic bishops’ fall assembly in Baltimore, several bishops and one abbot, gathered with about 25 peace activists – myself included – to share a simple meal and consider the horrible emotional, psychological and spiritual wounds suffered by combatants of war.

After prayer and a simple supper, theologian and psychiatrist Warren Kinghorn, M.D., shared with us his spiritual and medical observations regarding the deep wounds war veterans often bring home.

While practicing medicine at Durham VA Medical Center, Kinghorn said he met World War II veterans in their 80s and 90s who hadn’t slept more than four hours a night for 60 years; Vietnam veterans who couldn’t keep a job, a marriage or stay sober, and veterans of the Iraq and Afghanistan wars displaying similar symptoms of Post-Traumatic Stress Disorder (PTSD).

He said many veterans also displayed other symptoms of PTSD: nightmares, frightening thoughts, and flashbacks.

He would tell his PTSD war veteran patients, “You went through things that no human being should ever have to go through, and tried to push it away, and now it’s coming back in dreams, nightmares and intrusive thoughts.”

Kinghorn discovered in many of his patients deep psychological and spiritual wounds from things not only done to them, but things done by them in war.

He shared that he was seeing and hearing what St. Augustine – ironically the father of the “just-war” theory – called “heartfelt grief” from hurts received during war and from harm done to others in war.

Kinghorn said today this is often framed as “moral injury” trauma. “It turns out that the act of killing itself, even when consistent with one’s held values, is psychologically costly. Killing in combat, turns out to be associated with lots of adverse mental health outcomes.”

The First principle is working to undo the dehumanisation of past enemies by striving to connect with the humanity of others.

Second principle is confession. Kinghorn said, “All killing of any sort participates in a broken world.” But confession of sins frees us and facilitates our reconciliation with others.

Fourth principle is calling – giving veterans something meaningful to do. Kinghorn asked, “What role does the church have for returning veterans?”

Maryknoll Sister Elizabeth Salmon, daughter of World War I Catholic conscientious objector Ben Salmon, said her father refused to kill his German brothers. He said, “There is no such thing as a just war.” And for his faithfulness in following the nonviolent Jesus, and honouring the commandment “Thou shall not kill,” he was imprisoned for over four years and committed to the criminally insane wing of St. Elizabeth’s Hospital in Washington, D.C.

What a sick sinful society that honours the insanity of war, and imprisons those who refuse to kill.