Fr Kevin Reynolds, Pretoria-Your report (November 30) of the death of Fr Dominic Scholten OP at the age of 86 on November 18 revived many memories of a priest who rendered so much to the development of the Church in Southern Africa. 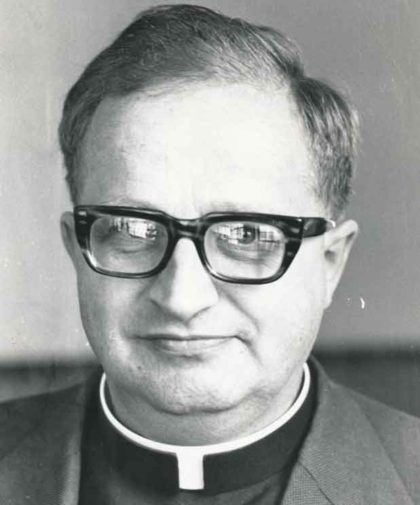 I first met Fr Dominic while still at St John Vianney Seminary in the 1960s. At that time, he pioneered with the late Mgr Charles Watkins the establishment of our bishops’ conference’s secretariat in the Standard Bank chambers on Church Square in Pretoria.

Without a doubt, he was an innovator, proven by his employing two young black laymen, Victor and Gabriel, in his Afrikaans Apostolate office. Victor remained with the SACBC secretariat for over 40 years.

Fr Scholten’s ministry was so expansive that I wasn’t too surprised by your report overlooking his national directorship of the Pontifical Mission Societies (PMS) following Mgr Desmond Hatton’s holding this position for nearly three decades.

In this position, which followed his term as secretary-general of the SACBC in the 1970s, he initiated biennial meetings of PMS diocesan directors. I recall at that time his commissioning my father, Anthony, a professional cartographer, to design a distinctive South African PMS logo and a map of Southern African dioceses.

Typical of his forward thinking, Fr Dominic nearly caused a group heart attack among our bishops when he suggested that the South African Church should forego its annual subsidies from Rome. It was his opinion that our local churches should already be self-supporting. He was convinced that PMS funds should go to poorer countries on our continent.

Thank you, Fr Dominic, for your inspiring example of what our Catholic priesthood should embrace.