The Danger of Fearfulness

Love comes from God. Fear does not. Of course, some fears are legitimate. We place security around our homes to protect our families from crime. We pursue healthy lifestyles to reduce our chances of contracting life-threatening illnesses. 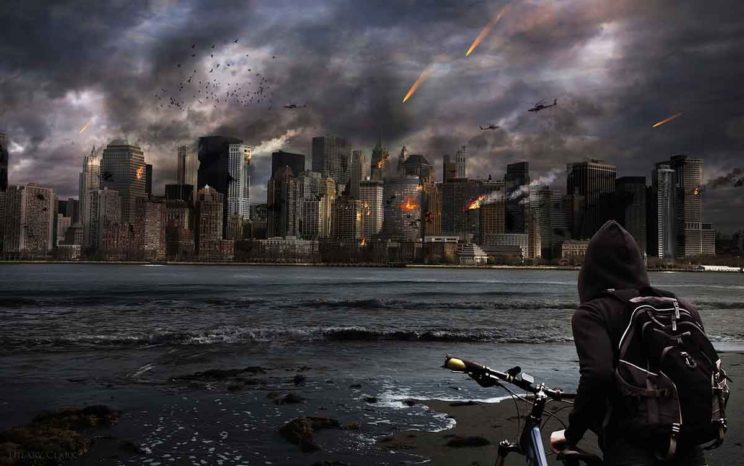 As a Church we introduce child safety policies to ensure that our children are safe when participating in religious activities. We all agree that these are good precautions to forestall evil.

That is very different from debilitating fear that robs us of the ability to love. This is the kind fear that Satan takes advantage of. This kind of fear hampers our ability to discern, driving us to make the poorer choice, the consequences of which allow evil to spread.

Many of us watched with shocked horror as Donald Trump was elected to be the next American president. How is it possible that good people voted for someone who belittled disabled people, said disrespectful things about women, made racist comments and showed little tolerance for other minority groups?

Mr Trump, as a good salesman, knew that his best chance of success was to speak to people’s fears. And he did just this: he touched a chord among those who fear their jobs will be taken away by immigrants. He spoke to those who fear that extremists will obliterate “our way of life”.

He tapped into fears that extending civil liberties to LGBTI people will destroy the fabric of society. He addressed fears that the granting of further reproductive rights to women will increase the abortion culture in America and around the world.

At the heart of it, it would seem that Trump was addressing legitimate fears. As Christians, we believe in the life-giving meaning of work, the freedom to practise our faith, the consequences of the breakdown of marriage and family life, the evil of abortion.

However, in the aftermath of the election, there have been an alarming number of hate crimes against minority groups in what appears to be the rise of a neo-fascist culture.

We ask ourselves: How did this happen? It happened because the electorate heard only what they wanted to hear — the legitimisation of their fears.

But did these same voters hear the hatred that coated Mr Trump’s presidential campaign? They might have overlooked his sexist comments on grounds that he was the “lesser evil” of the two main candidates. But at no point in his many speeches did we hear anything that expressed mercy, compassion, tolerance, and love.

This is precisely the danger. When we respond only on the basis of fear, then we are incapable of reaching out beyond ourselves and looking at the world from the perspective of the other.

READ  My Spiritual Lesson From an Ear Infection

When we are looking only to protect ourselves and the values that we hold dear, we are unable to reach out to the margins of society with merciful love, as Pope Francis has called us to time and again during the Year of Mercy that has just drawn to a close.

I am not suggesting that Hillary Clinton might have been a better president. But it concerns me deeply that voters who decided on the destiny of one of the most powerful nations on earth are precisely those whose religious calling is to spread God’s love and mercy.

Of Catholic voters, 52% voted for Mr Trump (going up to 60% among white voters). Among white evangelical Christians, 81% voted for him, 61% of Mormons, and 58% of all mainline Protestants.

I am saddened that the overwhelming majority of Trump voters are white Catholic, Protestant and evangelical Christians. Some of my Catholic friends in the US voted for Mr Trump on one issue only: abortion.

As Christians, of course we must value the dignity of human life from conception to natural death. But how can we possibly say that the life of a black person or a gay person or an immigrant seeking a better life or a refugee fleeing from certain death is of less value than that of the unborn child?

As Christians, we are called to be coherent. If we say that we are pro-life, we need to stand in favour of all life, and we need to hold our leaders accountable to protecting all life, including the life of our planet.

It is easy to judge the actions of people who live far away. But as we close out 2016, let us reflect on our own country. We also have seen fear, anger, and intolerance spill out on social media, in parliament and on the streets of our nation.

We have two years before we elect our next president. What can we learn from the American election? Will we vote on the basis of our fears or will we take the time between now and then to form our consciences, but also to listen to the messages of the political leaders who will stand as candidates in 2019?

Is it possible for us to vote on the basis of our Catholic values of love, mercy and compassion for all people, irrespective of race, creed or social status?