The Future of the Human Race

I congratulate the Editorial Advisory Board on the “Leave it in the ground” editorial of November 16. My hope is that you will continue to “spread the gospel” as often as possible. 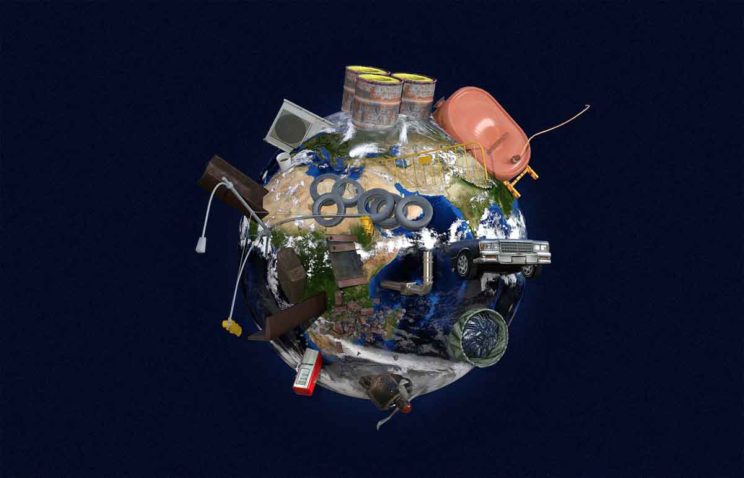 The future of the human race is more and more uncertain as climate research is uncovering additional alarming evidence that the rate of temperature change is getting faster and faster.

This month, the UN Environmental Group at the COP 22 conference in Morocco reported that the CO2 emissions targets agreed to at COP 21 in Paris a year ago must be reduced by another 25% if the world minimum temperature increase of 20ºC is to be held by 2030.

I’m completely flabbergasted by the lack of interest in the international media, with no headlines about this dire news at all.

Does anybody, except the pope, the Greek Orthodox patriarch and the UN secretary-general, take this cataclysmic news deadly seriously? All three of them have made strong appeals for immediate action.

In my 81 years on this planet, during which I have been passionate about the environment, supported by a scientific education and observation of nature, I have yet to understand how we can be so arrogant as to think that we can control the climate/weather.

We are but the equivalent of tiny microbes on the surface of this huge planet, which has been around for the last 3,7 billion years.

Make no mistake, we may wreck large parts of the surface of the planet, but the planet will just quietly carry on existing by readjusting all its interdependent ecosystems to a different stability level — which we know will not be conducive for human survival.

Furthermore, according to the respected Global Footprint Network, we will have used 1,6 earths’ worth of the earth’s annually available renewable resources by the end of this year.

It doesn’t take a rocket scientist to see that on this basis, we are heading for disaster very quickly. The world economy will just collapse, with the ensuing chaos and wars and conflicts as a result.

What to do about it? We, the ordinary people, need to immediately enforce our inalienable right to demand and coerce governments all over the world to ditch the current neoliberal, capitalistic economy of unlimited growth, with a new system of human values that respect each and every human being.

READ  The Flaw in Prayer for SA

The ideal, of course, would be to have the involvement of the whole Church from the Vatican down, which I’m sure Papa Francesco would heartily endorse.

Such a movement would fit very neatly with the Pontifical Commission for Justice and Peace.

What do we have to do to drastically reduce emissions, starting right now?

The solution is very simple. The implementation is a problem only if we all deny what is to be done. Changing minds and habits is the most difficult occupation in the whole world.

We must slow the world economy down, allowing only the production of goods and services that will be essential for the survival of all mankind.

This is dramatic action to take, but it is the only effective one to avoid a tsunami-sized disaster enveloping the human race.

At the same time, we would be bequeathing a peaceful and sustainable world to our children, grandchildren and all future generations.

This is not only my own personal view. It is supported by, among others, NASA scientists, one of whom appears towards the end of Leonardo di Caprio’s recently released excellent film Before the Flood, which can be downloaded for free, per kind permission of Mr di Caprio, who is keen that it is accessible to the whole world.

Let us pray: “Come Holy Spirit, fill the hearts of your faithful, kindle in them the fire of your love. Send forth your Spirit and they shall be created.

“And you shall renew the face of the earth. O, God, who by the light of the Holy Spirit, did instruct the hearts of the faithful, grant that by the same Holy Spirit, we may be truly wise, and ever enjoy his consolations. Through Christ Our Lord. Amen.”