A King’s Advice to the US President 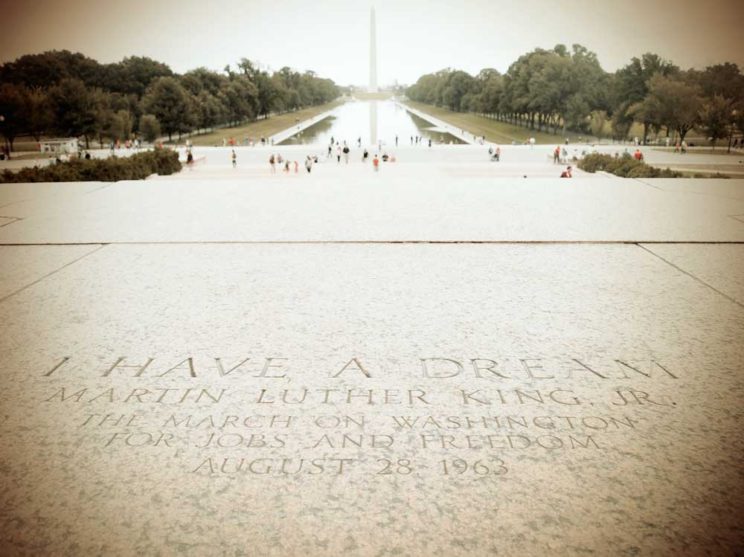 I believe it is no mere coincidence that the US national holiday celebrating the inspiring life of Rev. Martin Luther King, Jr. (Jan. 16) is positioned within the same week as the Jan. 20 presidential inauguration of Donald J. Trump.

I believe a king has wise and holy advice for the president.

And continuing with his firm conviction against war, King would quote from his Nobel Peace Prize acceptance speech that “Man must evolve for all human conflict a method, which rejects revenge, aggression, and retaliation. The foundation of such a method is love.”

In light of the tremendous disparity of wealth between rich individuals and corporations compared to tens of millions of Americans living in poverty, and hundreds of millions of people throughout the world struggling to survive in extreme poverty, King would admonish the billionaire Trump’s apparent indifference.

He would say to him “It is obvious that if a man is to redeem his spiritual and moral lag, he must go all out to bridge the social and economic gulf between the ‘haves’ and the ‘have not’s’ of the world.”

And Dr. King would add, “There is nothing new about poverty. What is new, however, is that we have the resources to get rid of it.”

The renowned economist Jeffrey Sachs, special advisor to U.N. Secretary-General Ban Ki-moon, told me that for approximately $100 billion dollars more per year, extreme poverty could be totally eradicated from the face of the earth. That’s less than one-sixth of the U.S. military budget.

King’s niece, Dr. Alveda King said, “I know in my heart if Uncle Martin were alive today, he would join with me in the greatest civil rights struggle of this generation – the recognition of the unborn child’s basic right to life.”

Rev. Martin Luther King, Jr., who harboured no discrimination concerning the protection of every human life, would surely urge President Trump to energetically work to fully protect the miracle of all unborn human life.

King took the broad-minded approach to the meaning of life. And he summarised it well in his 1967 Christmas sermon, saying “It really boils down to this: that all life is interrelated.”

King’s final words to Trump – and all of us – could very well be: “If we are to have peace on earth … our loyalties must transcend our race, our tribe, our class and our nation; and this means we must develop a world perspective. No individual can live alone; no nation can live alone, and as long as we try, the more we are going to have war in this world.

“Now the judgement of God is upon us, and we must either learn to live together as brothers or we are going to perish together as fools.”