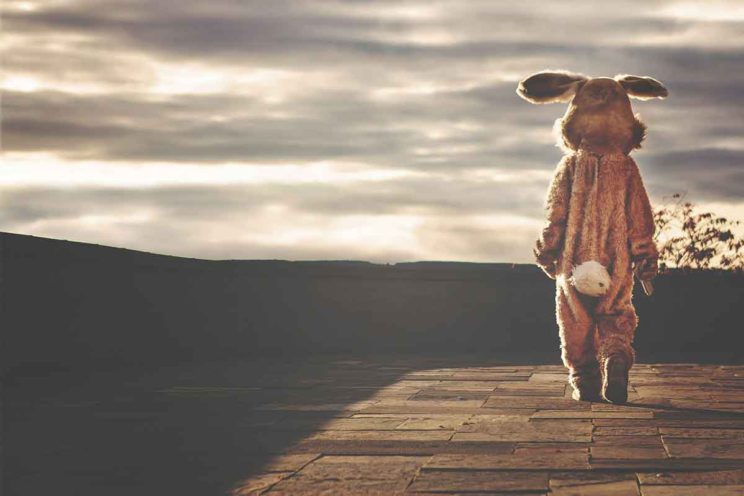 I’m often surprised by the ways in which children interpret what we say to them, often taking things quite literally.

To give a quick example: on a rural farmhouse holiday many years ago, I happened to mention to my four-year-old son that the cows in the fields adjoining the farmhouse would get soaked in the torrential rain we were experiencing. To my great amusement, he appeared five minutes later with a bath towel — “to dry the poor cows with”, he said.

We rarely hesitate in passing on some child-friendly folklore to our offspring either. The most obvious of these is, of course, the tradition of Santa Claus.

While “Santa” derived from St Nicholas, a 4th-century Greek bishop, the notion of bringing gifts to every child in the world — provided they have been “good” throughout the year — remains pure fantasy.

And we don’t just stop there. There’s also the Tooth Fairy — a mythical creature who replaces lost baby teeth with a small payment. And finally the Easter Bunny — a folklore figure who provides children with Easter eggs, again depending upon how well behaved they have been at the beginning of Eastertide.

In fact, one of my young nephews was so enraptured by his belief in the Easter Bunny that his enthusiasm knew no bounds. Having been promised by his parents that this generous creature would impart gifts of yummy chocolate eggs the next day, he crept downstairs after his parents were tucked up in bed and left a dish of carrots by the front door as a token of his appreciation.

Of course, a little fantasy in our often dark world can be enlivening and humorous. However, as we celebrate Easter this year, we know that there is a far more important person and event to be both recalled and conveyed to our children — and to our brothers and sisters in Christ.

Jesus died on the cross to atone for our sins and continues to be with each and every one of us until the end of time. Christ’s resurrection from the dead banished death for ever, giving mankind hope for the future in life everlasting.

In short, Christ is our salvation.

Both Santa Claus and the Easter Bunny offer gifts on the condition that children have been “good”, and both are fictitious. Our Lord Jesus Christ, on the other hand, loves each one of us unconditionally, awards us our own God-given gifts, and welcomes us with open arms even when, as fallible humans, we find it hard to be “good”.

Unlike those fictional characters, documentary evidence provides veracity for the historical Jesus. Yet more importantly, our hearts and souls clearly reveal God’s eternal presence to us, as we instinctively yearn to become ever closer to him.

Easter is a wonderful time of the year for adults and children alike. May your children celebrate with chocolate eggs and the sweetness of Christ. One is a “quick fix”, the other will last forever.

Mystery of Life from Death

Carthusian Monk: The Cross is Steady While the World is Turning

The Core Truth is Christ of the Gospels
Share

An Empty Tomb and a Bodily Resurrection: Why it Matters

Catholics and other Christians have grown up believing in the Resurrection, but the Apostles themselves were among the first who...