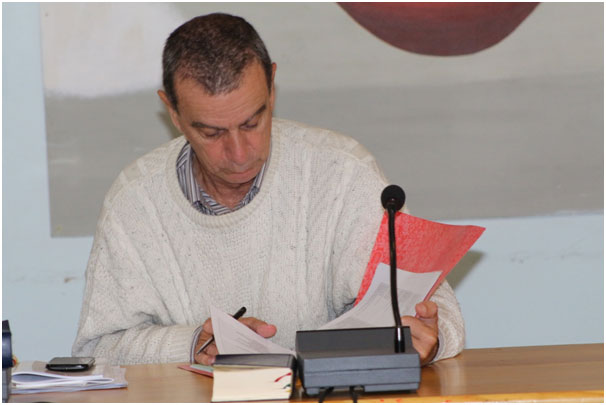 In his homily during the second day of SACBC Plenary at Mariannhill Bishop Rodrigues of Tzaneen said that racism is not only a problem but a sin. He said that if there if a failure to address this problem now South Africa will be in the worst situation in the future.

Bishop Joao said that those who are racists are sick and they are injured people who need healing, as much as those who were affected by racism. He added that South Africa should be healed from the memories of the past, and this does not mean forgetting the past events, instead they should approach the events of the past experience with a new spirit.

Bishop Joao said that in order to tackle the problem of racism we need a fraternal sharing and confrontation about the past experience. He said that the church is the first agent to address the problem because he understands better the dignity of a human being, who is made in the image of God and the meaning of the Kingdom of God.

When he explained the kingdom of God in relation to the problem of racism in South Africa, Bishop Joao used the analogy of the parable of the net from the bible. He said that the Kingdom of God is something dynamic other than static. It requires us to take part in it and experience it. The Kingdom of God is inclusive and it has no race.  Before God everybody is equal and have the same dignity.

Bishop Joao used the parable derived from the gospel of the day to explain the Kingdom of God. He said it is like the net which is thrown into the sea to catch fish. It catches the fish of all kinds and the fisherman drags it to the shore to separate the bad fish from the good ones and throws the bad ones away and keeps the good ones.

In relating the story to the problem of racism in the country Bishop Joao says that there is a possibility that some people in South Africa were not racists before but they are now racists because they are not able to embrace change.

The Kingdon of God Supercedes Race

Bishop Joao gave an example that during late 1970s when he was in the Seminary white people were dominant even in the whole administration, but the reality now is different. The seminary is black with white minority. This kind of change should be embraced. It reflects the dynamism of the Kingdom of God. It has to be always discovered.

Bishop Joao said that life should not be seen in terms of race distinction.  We are all equal in dignity before God.  There is no distinction of race. He took the example of the genocide in Rwanda that people of same race were killing each other. Another group undermined the dignity of the other group.  It was not about colour; it was the sickness of perceiving another person as not equal in dignity to the other. In South Africa we a rainbow nation, as Archbishop Desmond Tutu declared and this should be treasured.  We are making one beautiful nation.

Bishop Joao said that fraternal confrontation is very important in addressing the problem of racism in South Africa. We need to sit around and tell each other fraternally about what they did to us so that healing and reconciliation can be achieved.  The wounds of the past should be touched as to bring healing to them.

Lastly, Bishop Joao said that the church is the first place where healing should take place. The church understands better the dignity of a human person who is made in the image of God. He said that the Eucharist is a place where we should come for healing, and the bishops should be the first agents of this healing.  It is part of their mission to bring this healing. They should first work together to bring healing and reconciliation within the church.

Bishop Joao urged the SACBC bishops to work hard to bring healing and reconciliation in the nation.

Julia Beacroft reflects on her children's First Holy Communion and the fuss of dressing up... I’ve lost count of the...