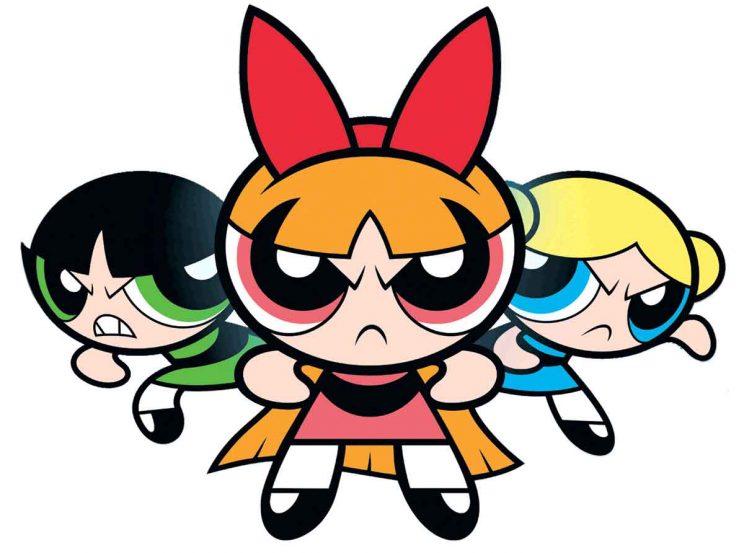 The battle of the sexes seems to have taken on more sinister overtones. There are some women who see men as the source and root of all evil, and there are men who see women as nothing more than temptresses, seductresses, models for lads’ magazines and child bearers.

When I was growing up I had a healthy dose of Cartoon Network on a daily basis. One of my favourites was The Powerpuff Girls, about three winged girls with superpowers to fight crime in Townsville.

Susan B Anthony and the Powerpuff Girls

In one episode, a villain named Femme Fatale menaces the people of Townsville by robbing its banks. The Powerpuff Girls are notified at once and upon stopping her they are puzzled that the stolen stash comprises only coins.

It turns out that the coins pictured the 19th-century suffragette Susan B Anthony (these were coined between 1979-81, and were discontinued because of public opposition!).

Femme Fatale then reveals that she refused to steal bank notes as the paper dollars featured only pictures of men. Feeling empowered by this show of girl-power, they let Femme Fatale go and live out their own version of feminism.

But researching Anthony they discover that this feminist pioneer did not wish to be treated differently because she was a woman but demanded equality with men. The girls arrest Femme Fatale and Townsville is safe once again.

And they say cartoons weren’t educational!

Enmity Between the Sexes

There are some women who see men as the source and root of all evil, and there are men who see women as nothing more than temptresses, seductresses, models for lads’ magazines and child bearers.

The argument is often that if Eve hadn’t eaten the fruit then she wouldn’t have tempted her Adam and we wouldn’t be in this mess right now. Men and women always seem to blame each other.

In fact, there always seems to be some kind of tugging, pulling and fighting between the sexes. Even in primary school the girls are irritated by the boys who pull at their ponytails. Nothing changes.

There are scores of women complaining about boyfriends, husbands, fathers, brothers, uncles and granddads. It is perhaps from here that the disappointment arises and turns to resentment and later bitterness which festers in the heart.

And the men? They are unaware of the revolt rising against them and that before the sun dawns, they’ve become the enemy of the world.

The war of the two powers is played out especially in the area of sexuality. Much of the lyrics of today’s pop songs are littered with words of domination. Sex is a game of who can overpower whom. It’s also a competition of trying to “perform” better than the other person’s last sexual partner.

The plot thickens as women fight for reproductive rights, specifically in respect to contraception and abortion — areas that are the most widely criticised of all of the Church’s teachings.

On this topic men wave the flag of “equality”. But they aren’t the ones dealing with the side-effects of the Pill and other contraceptives; never mind the trauma of abortion. Being on the Pill means that women are easily available to men all of the time, even when they don’t feel like it. No wonder men are for it!

The best type of feminism is the one that calls men to love. It calls them to welcome their sexuality as a gift.

A Crusade of Godly Men

The world needs men who are loving, tender, chaste, kind and honest.

As St Josémaria Escriva said: “There is a need for a crusade of manliness and purity to counteract and nullify the savage work of those who think man is a beast. And that crusade is your work.”

Thank you to the men that have already seen this.

Thank you for holding doors open and pulling out our chairs. I thank you not because we are physically incapable of doing so but because you acknowledge that every woman is entitled to respect. You love us in the way Jesus honoured women, even those deep in sexual sin (such as the adulteress who was almost stoned to death) and women who had not sinned (such as Mary).

In September, the US speaker Christopher West, who focusses on life, love and sexuality, will be in South Africa. He will address issues of sexism, the effects of which he is all too familiar in his home country. I’m looking forward to hearing his views on the subject.

Our Dance With Time

In Changing Times: Get to Work, Girl!