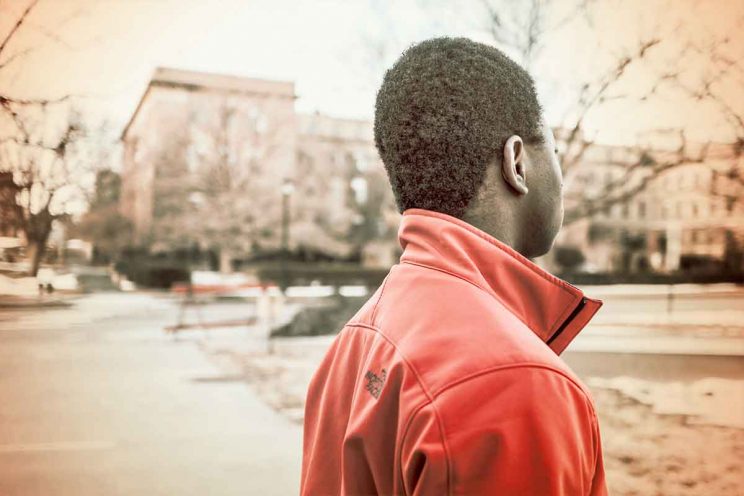 What is the nature of human trafficking in South Africa, who is involved in it and where do trafficked people come from? And what can we do to fight this modern slavery? JESSICA DEWHURST looks at answers to these questions.

The organisation which I co-founded and currently direct, the Edmund Rice Justice Desk, offers its support, expertise, training and educational materials to groups worldwide and also serves as an advisor to the United Nations’ Economic and Social Council.

We focus on educating, advocating and equipping youth, vulnerable groups, civil society, and governments across South/Central Africa in human rights, justice and advocacy. We work primarily in township areas and vulnerable communities, empowering and equipping communities to lead their own change since they have the best solutions to their own problems.

Our organisation has four departments, 12 key projects, and has trained and equipped thousands of men, women and children to be advocates of hope and change in their communities.

South Africa remains a primary source, destination, and transit country for human trafficking. Human trafficking occurs internally between our provinces, as well as externally across our South African borders.

Internally, victims are targeted from economically poorer provinces such as the Eastern Cape, the Northern Cape, and the Free State and brought to cities such as Durban, Johannesburg and Cape Town.

Externally, across borders, victims are targeted from countries with regions bedevilled by their own socio-economic and political problems. In Africa such countries include Nigeria, Malawi, Mozambique, the Democratic Republic of Congo, Namibia, Uganda, Zambia and Zimbabwe.

Apart from Africa, victims are also trafficked from the Czech Republic and Slovakia, Russia, Ukraine, Cambodia, the Philippines, Taiwan, Thailand, China, and even parts of the United States.

The Demand for People

The demand for human trafficking is channelled through the tourism industry, certain cultural and religious practices, the sex trade, and the drug trade.

The demand comes from both high-end and low-end establishments. Highly sophisticated syndicates with networks into local communities are able to target a large number of victims, lower their prices significantly and access both white-collar and blue-collar clients with little fear of prosecution. Thus this situation substantially increases both demand and supply.

With regard to the risk profile of victims being trafficked, my study found that women with low education, living in rural or economically poor communities, who are either unemployed or seeking work, within the age bracket of child and youth, are among the most vulnerable.

However, it is important to note that many who do not fit this profile have also been targeted.

The profile of a trafficker can take many different forms in South Africa. In some cases, people are trafficked by their friends, families, and community members, and may appear to be an average South African citizen.

A profile of the trafficker can be identified as mostly male, between the ages of 20 and 40, foreign or South African, well-dressed, and persuasive. Such traffickers may be businessmen, job-recruiters, romantic interests and even friends.

Men are not necessarily the only traffickers since women have also been known to traffic men, women and children.

The main causes of human trafficking include South Africa’s socio-political and economic context with its high levels of poverty, inequality and unemployment, as well as the low levels or lack of education.

The culture of violence in South Africa, which includes high levels of gender-based violence, domestic abuse, substance abuse, murder and rape, have also resulted in an environment that is prone to the exploitation of others.

Finally, the legacy of apartheid and patriarchy, together with certain religious and cultural practices such as muti and ukuthwala have all lead to gross human rights violations especially against women and children. We live in a society that does not really value the human person, leading to this commodification of the human body, this modern form of slavery.

This should urge all of us to turn to our national patroness, Our Lady Assumed Into Heaven, to intercede on behalf of all victims and to help us to find ways to stop this scourge.

Our patroness is our model of human dignity.

Stakeholders in the prevention of trafficking face major challenges. These include:

– A lack of awareness or denial from South Africans regarding human trafficking, which has resulted in deficient support for counter-trafficking initiatives, as well as leading to the greater exposure of our people to traffickers who exploit those seeking work, romantic partners, study and travel opportunities and those wanting a better life for themselves.

– The lack of adequate information about the human trafficking problem which addresses the many educational levels and languages in our country.

– The lack of funding/government support for NGOs, law enforcement and government departments which has resulted in poorly resourced prevention efforts with very few rehabilitation services.

– Key personnel in the NGO sector as well as law enforcement agencies are under-resourced, overworked, under-represented, and under-trained. The prevention of human trafficking calls for specialised training and available resources.

– The fragmentation of services that do exist does little to win the battle against human trafficking. Greater coordination among NGOs and other stakeholders is needed.

– The lack of designated safe houses for trafficked victims — many victims find themselves housed in multi-purpose shelters with other victims of domestic and alcohol abuse.  Trafficked victims need specialised support services.

– Gaps in the legal services offered to trafficked victims: A number of prosecutors are not familiar with South Africa’s new human trafficking law. The length of trials is far too long, and often exposes survivors to added trauma during the prosecution period.

– Human trafficking syndicates continue to thrive in South Africa. They are well-funded, organised, protected and ruthless. Syndicates are known to threaten the lives of prosecutors, victims and their families, community members, law enforcement agencies, NGOs and government members, which results in people being less likely to take a stand against them. They also legally rent property, hire staff and have legal representatives on hand to ensure that law enforcement agencies are unable to enter their properties or interview their staff.

In order to truly combat human trafficking, it is vital that the South African government, NGOs and other key stakeholders develop innovative prevention strategies.

Such strategies could include awareness-raising in parishes, schools, communities, youth and other vulnerable groups. Specialised training should be given to all those working at places where human trafficking is most likely to occur — such as poor communities, schools, airport staff, our ports, and border control staff.

Besides greater collaboration among all those attempting to prevent human trafficking, social media could be effectively used to raise the alarm where suspected trafficking may be taking place and a special helpline should be set up.

NGOs and other agencies, as well as individuals, must become familiar with the Trafficking of Persons Act.

Finally, we know that the prevention of trafficking cannot be successful unless we work towards changing the conditions that leave people vulnerable and open to abuse.

Stronger penalties should be put in place for those engaging in human trafficking.

The Church can do much through disseminating information and creating a greater awareness of this form of human bondage.

No-one from our parishes or communities should fall prey to these traffickers. After all we are our brother’s and sister’s keepers.

The US anthropologist Margaret Mead once said: “Never doubt that a small group of thoughtful, committed citizens can change the world; indeed, it’s the only thing that ever has.”

I believe that human trafficking can be stopped if we work and plan together!

Jessica Dewhurst is the award-winning co-founder of The Edmund Rice Justice Desk, a human rights organisation which operates in South Africa, Zambia and Zimbabwe. An alumna of Christian Brothers’ College St John’s in Cape Town, she holds various qualifications from the University of Cape Town, the University of Cambridge and the United Nations in Geneva.