Men in Christ – A Show for Men by Men 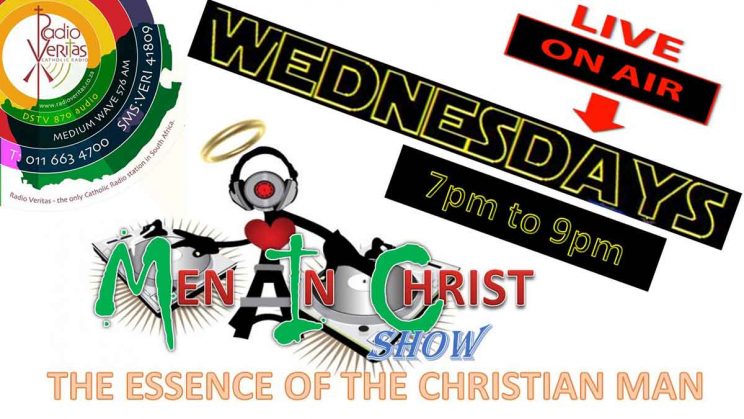 Radio Veritas is launching a new show for Christian men, hosted by Men in Christ.

Beginning in September, “Men in Christ — The essence of the Christian man” is billed as “a show for men by men”.

The Men in Christ group first got involved with Radio Veritas during the station’s fundraising telethon in June.

Carlos Camara and Paul Cook put out a challenge to their men’s group to support Radio Veritas. Calls came in and the challenge was passed on from each of the men to others. The outcome impressed Radio Veritas.

Men in Christ was initiated at Maria Regina parish in Centurion, in the archdiocese of Pretoria, by Albert de Nobrega and Mr Camara.

It is now a multi-parish group that meets periodically throughout the year. It organises an annual gathering of men, usually at a retreat or conference centre in the Gauteng area.

Together, Mr Camara and Mr Cook had discussed the idea of reaching out to more men in Christian communities, and perhaps doing a radio show on Men in Christ to get the message out on air.

Bring Men Back In

The idea for a programme for Christian men was received with enthusiasm by the station, and instead of talking about one show, the idea grew of launching a series of shows.

There was a consensus that men must become more involved in the Church, in their homes, and in their communities.

Listeners can expect a show developed by men, hosted by men, and for men, but for all to listen to and participate in.

Over the course of the series, topics such as The Role of the Spiritual Man, To Be a Man in the World Today, Addictions and Men and From a Teen to a Man will be presented.

Listeners will be able to call in and share their opinions.

The “Men In Christ Show” airs on Radio Veritas from September 6 at 19:00 on medium wave 576AM (in Gauteng), or DStv audio channel 870, or streamed on www.radioveritas.co.za