Is Being Single A Vocation? 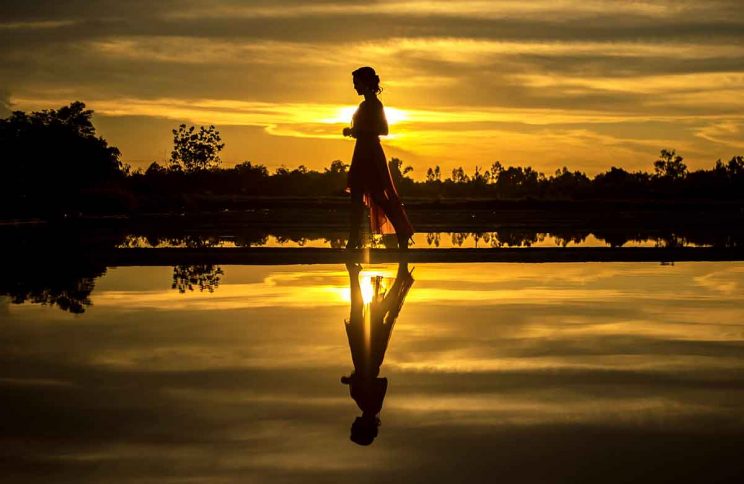 Recently, a friend sent me an article from an Irish Catholic newspaper in which the columnist stated that “there is no such thing as a vocation to the single life” because it is “not part of God’s plan for people”.

According to the writer, marriage is “man’s natural state”, but that some people are “called to forego the natural state in view of the Gospel and the Kingdom” by entering religious life.

The article says that it is misguided to talk about a vocation to the single life because it promotes “deliberate non-commitment”, adding that the high number of single people in our society is a sign of an unhealthy culture.

I was a little upset when I read it. As a single person, it is hurtful to read about myself as being incomplete or uncommitted, especially when I don’t feel that way! The author’s comments also negate my personal life history and the reasons for my choices.

That being said, part of what the article says is valid. The Bible opens with the creation story, where after creating Adam, God says: “It is not good for the man to be alone.”

Marriage is at the heart of our human story. In our Catholic tradition, the sacrament of marriage not only binds the spouses to each other but also to God. Through their union to each other in God, they share in God’s creation because their love brings new life into the world. It is a precious vocation.

This is also why I so deeply respect those who make the free choice to join religious life by sacrificing companionship with a lifelong marriage partner and a family, choosing human aloneness to dedicate themselves entirely to God and the service of God’s people.

Singleness – God’s Plan of Love for Me

But none of this makes my singleness any less valid or any less a part of God’s plan of love for me.

When I was 19, I had a very strong sense — especially during my prayer time — that I would never marry. I also never experienced any real attraction towards being a mother, even though I love children and was studying to be a teacher.

At first I rebelled against this idea, and in my less melancholic moments, shook it off as an unfounded and immature premonition. After all, I was young and had my entire life ahead of me. Surely, at some point, I would fall in love with someone who loved me too and we would get married.

Years passed and I didn’t meet any potential husbands. Growing up, I had close contact with two religious communities, so when I didn’t show any particular interest in dating, the Sisters got me thinking about whether I might have a calling to religious life. Having tried to fall in love and failed, I thought that joining a convent the only option left for me.

After much prayer I soon realised that the call to religious life would mean a complete self-surrender — of my dreams for the future and my personal freedom. But since I was convinced that life only offered me two options, marriage or religious life, I resigned myself to praying for the grace to eventually relinquish everything.

How I Settled It In My Mind

After finishing my studies, I took a gap year to work as a volunteer overseas and during that time lived in close proximity to the Schoenstatt Sisters. It still stands out as the best year of my life for a number of reasons. It was also during that year that it became abundantly clear that God had not called me to join a religious community. That realisation brought me tremendous peace and inner consolation.

However, I returned home and found myself in limbo. Was I now supposed to run around and try to find myself a husband? Or remain single and forever feel that something was missing in my life? It never occurred to me that single life could also be a calling.

Until I attended a youth programme and for the first time, in my mid-20s, I heard a priest say that single life could also be a vocation. He made it clear: singleness out of selfishness or fear to take responsibility for myself and others is not a vocation. That, as the Irish columnist writes, is “deliberate non-commitment”.

The vocation to single life that the priest was talking about was a life of service through one’s profession and commitment to the lay apostolate of the Church. When I heard this, I knew immediately that it fit me perfectly. I take my work seriously and enjoy my profession. I believe that my interactions with my colleagues offers an opportunity to share my Christian values.

A Life of Service – the Single Way

Since I don’t have a family that needs my constant attention, I can dedicate my free time to helping in various Church ministries and being an active member within the Schoenstatt movement to which I also belong.

We talk about the desperate need for laity to be active leaders in the Church community. Many lay people have families and are limited in the amount of time that they can dedicate to Church activities. Retired people have the time but not always the energy to dedicate themselves to multiple apostolates.

This is where single people can offer the Church so much.

The Church has many alternatives for single people. Many religious movements have groups for single people where they can grow in community and in faith. Vatican II also restored and re-popularised an ancient Catholic sacramental tradition of consecrated virgins. These are lay women who dedicate themselves to a life of chastity and the service of Church and neighbour.

We need to speak to our young people about vocations. But it is unhealthy to give them only the options of marriage or religious life.

Single life is also a valid vocation, and if we spoke about it more seriously, there might be fewer angst-filled 30- and 40-somethings who are made to feel that they are selfish or that their lives are incomplete or unfulfilled because they don’t fit into the first two boxes.

I don’t know what my future holds. But I fully believe that God has led me on this journey and that this is part of his plan of love for me.