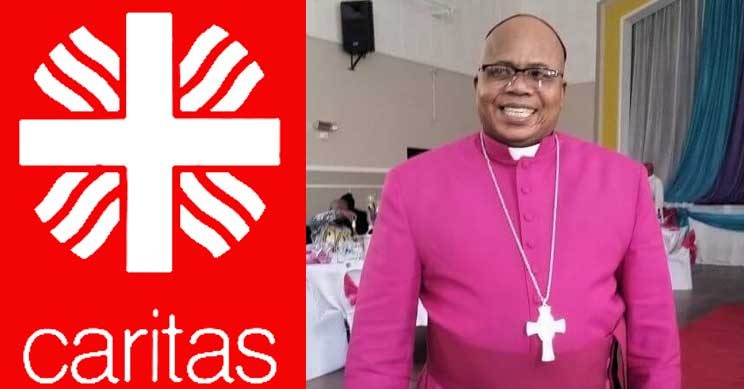 The auxiliary bishop of Johannesburg has been tasked to oversee the establishment of Caritas in all dioceses of the Southern African pastoral region, with a view to having the Church’s charitable arm present in all parishes.

Bishop Duncan Tsoke has been appointed president of Caritas SA, and is the liaison bishop for the Southern African Catholic Bishops’ Conference (SACBC).

The Southern African bishops had resolved to establish Caritas SA during their plenary Session in August 2016 in Gaborone, Botswana.

Caritas has long been present in the SACBC as a desk within the Siyabhabha Trust, which continues to function as an SACBC agency for development, overseeing the disaster management within the SACBC region. Siyabhabha has always been affiliated to Caritas Internationalis.

Caritas to be Established in every Diocese

The difference now is that Caritas will be established as an entity in every diocese and parish in the whole SACBC region. All works of charity, such as justice, peace, social development, education, health and so on, will be coordinated under one roof and office in every diocese.

Bishop Tsoke’s three-year mandate is to enact the vision of Pope Benedict XVI’s 2012 motu proprio, Intima Ecclesia Natura (On the Service of Charity) which states that “the service of charity is a constitutive element of the Church’s mission and an indispensable expression of her being”.

Last month Bishop Tsoke, SACBC president Archbishop Stephen Brislin and other SACBC representatives joined their counterparts from 43 countries of the Caritas Internationalis Africa Region in Dakar, Senegal, on the theme “Organising the Service of Charity in Africa: The Role of the Bishops.”

This followed the first such gathering in 2012, held in Kinshasa, Democratic Republic of Congo.

Caritas Internationalis is a confederation of Catholic relief, development and social service organisations operating in more than 200 countries and territories worldwide.

The first Caritas was founded in 1897 in Germany.

In 1951 the various national Caritas organisations set up an international conference of Roman Catholic charities, and in 1954 took the name Caritas Internationalis to reflect the international presence of Caritas members on every continent

Its general secretariat is located in the Palazzo San Calisto in the Vatican.