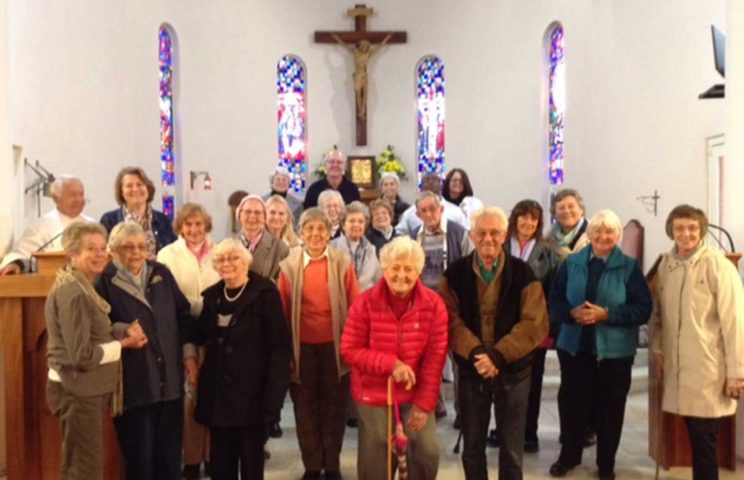 A  Knysna parish has marked the 30th anniversary of its Rosary group with a Mass. The St Boniface Rosary group was started in 1987 by the late Jill Watkins-Baker. Initially it had around six members and has since increased steadily.

Members take turns to host the weekly meeting in their homes or in the church hall.  On the last Wednesday of the month they pray in the church and, if there is a priest available, there is Benediction as well.

The Rosary in the lives of Priests

At the celebration Mass Fr Christian Odionye SAC shared how the rosary group he joined in his home in Nigeria some 31 years ago had led to four people from that group choosing the religious life.

He also gave examples of the intercession of Our Mother in his life and that of others in the group.

He emphasised the importance of a devotion to Mary through the Rosary and encouraged the group to persist especially in their prayers for priests.

After attacks on priests on isolated missions, the late Fr Gummersbach asked members to pray for the clergy, a practice that has expanded to cover all the priests in the diocese. Various members undertake to pray daily for particular cleric so that every priest has a praying family of two.