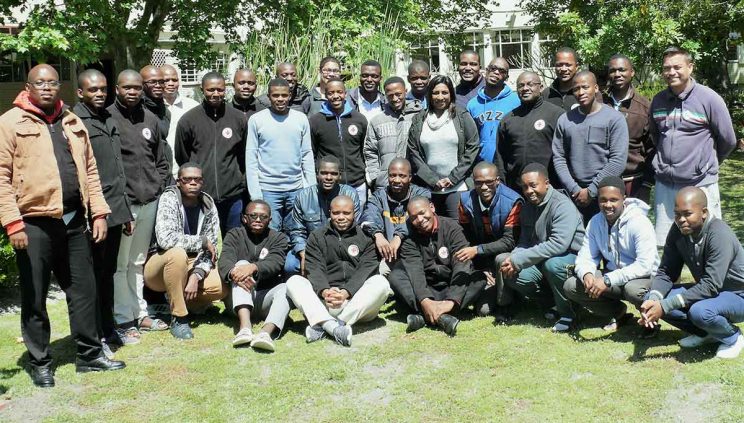 By Mthokozisi Mthombeni – Catholic seminarians hosted prominent political journalist Ranjeni Munusamy as a guest lecturer. Ms Munusamy, currently associate editor of The Sunday Times and previously of The Daily Maverick, comes from Dundee diocese and is at present a parishioner in Bryanston, Johannesburg.

She is a regular guest at St Francis Xavier Orientation Seminary in Cape Town, but this time she came as a guest lecturer.

The seminarians had a chance to ask questions about her life and politics, and after a word of thanks by one of the students and lunch, there was a photo-shoot which included numerous “selfies”.

The presentation centred on the current political state of South Africa, the economic situation, and the outcomes of the recent medium-term budget policy statement.

Ms Munusamy also shared her experience as a political journalist and the challenges involved.

As a Catholic journalist, she says, she always strives to believe that good will triumph over evil.