The Vagabond of God 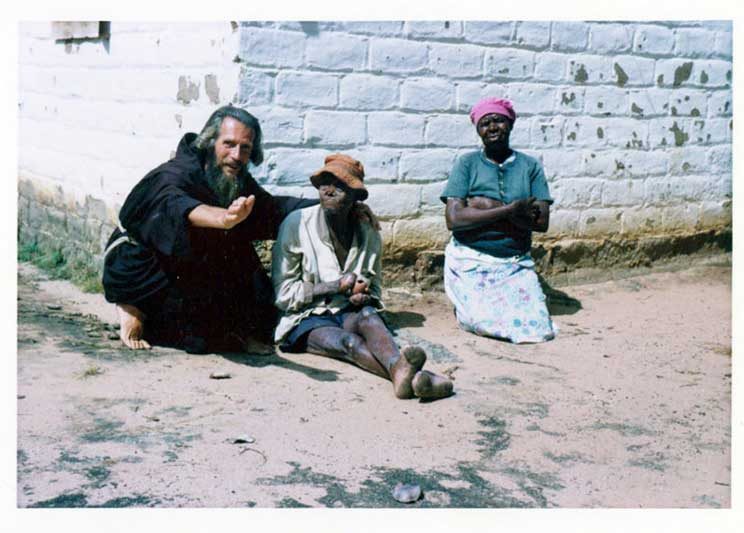 John Bradburne visits residents at the Mutemwa Leprosy Centre in present-day Zimbabwe. He was killed during the independence war in 1979.

The life of the Lay Franciscan martyr John Bradburne was marked by a long spiritual journey, as his biographer DIDIER RANCE explains.

The  life and work of John Bradburne, the Vagabond of God , who was killed in 1979 in what is now Zimbabwe, had a powerful impact on me. I came to him late, indeed, after I had been working for more than 30 years studying the Catholic martyrs of our time.

This included the publication of some 20 books and a spell on the Vatican’s Pontifical Commission for the New Martyrs instituted by Pope John Paul II in 1994.

Against all that had come before, Bradburne’s story really stood out. For three years I devoted my time to reading and rereading Bradburne’s poems and letters, scouring the archives made available to me by the John Bradburne Memorial Society archives, travelling in Britain, Europe and Africa to interview dozens of people who had known him. The result was a book, titled John Bradburne: The Vagabond of God.

Born in 1921 in Skirwith, England, son of an Anglican clergyman, it wasn’t until he was drafted into the British army in 1940 that religion began to become an influence in Bradburne’s life.

He found faith when death was all around him with the Chindits, a special operations unit of the British Army in Burma. He returned to Europe a reluctant hero and started looking for work.

Back home he went through a succession of jobs — including forester, schoolmaster, stoker on a fishing trawler, gravedigger, street  musician, garbage collector—but in time he came to realise that his real vocation lay with God.

In 1947 he joined the Catholic Church, experimenting first with both Benedictine and Carthusian spirituality, before deciding to follow the spiritual path of St Francis of Assisi. Bradburne described himself variously as a “buffoon of Christ”, “a fool skilled in fiasco”, pilgrim, hermit, mystic, drifter and  a “rolling stone”.

In 1961, he asked his wartime friend Fr John Dove, who had become a Jesuit in what was then Southern Rhodesia and what is now Zimbabwe, to find him a suitable retreat where he could retire from the world.

He Went to Africa

He left the following year for Africa. There he started a new round of odd jobs, as handyman in a Franciscan mission, then warden of a Jesuit residence.

In 1969, after a visit to the Holy Land to sing the Jeremiah Lamentations at the Wailing Wall, he returned to Zimbabwe and went with a friend to visit Mutemwa Leprosy Centre, where hundreds of lepers, far from receiving palliative care, were awaiting death in appalling conditions. 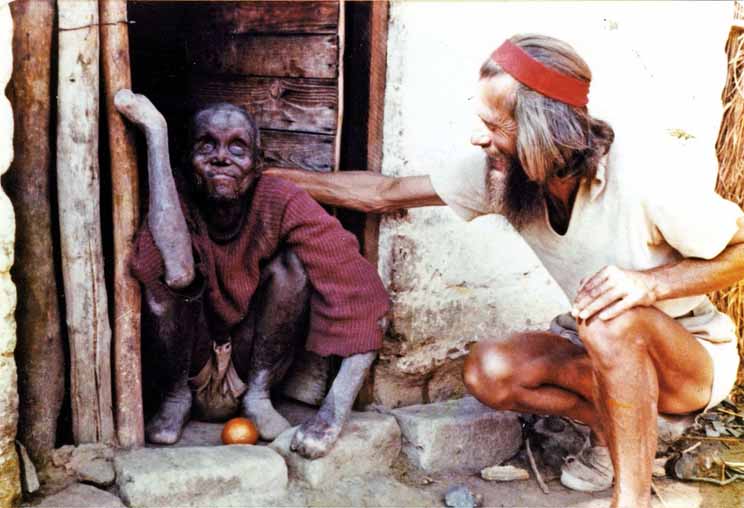 Bradburne decided on the spot to live among them, soon making himself a friend of one and all. He acted as the lepers’ caretaker, nurse, cook and confidante. He even formed a Gregorian and Shona choir. Mutemwa quickly became a special place of prayer, peace, laughter and joy. Sadly this awoke jealousy and suspicion, and he was expelled from the centre.

Bradburne’s expulsion from Mutemwa lasted six months — six months he spent living on Chigona mountain overlooking the centre, coming in at night to visit the lepers, and writing some of his most profound Trinitarian poems.

When he was finally allowed to return to live near the settlement, Mutemwa had become caught up in the turmoil of civil war, with atrocities perpetrated by both sides in the conflict.

It was requested that he leave for his own safety as guerilla warfare surrounded Mutemwa. Bradburne stoutly replied: “Would they waste a bullet on a clown?”

He Stayed and Cared for the Lepers

He stayed on to care as best he could for the lepers as the situation grew desperate.

Then, less than two months after the assassination of Luisa Guidotti, an Italian Sister and doctor who, with Bradburne, was the only other European caring for the lepers at Mutemwa, it was his turn. Abducted by young guerillas, Bradburne was put on trial and summarily shot dead. 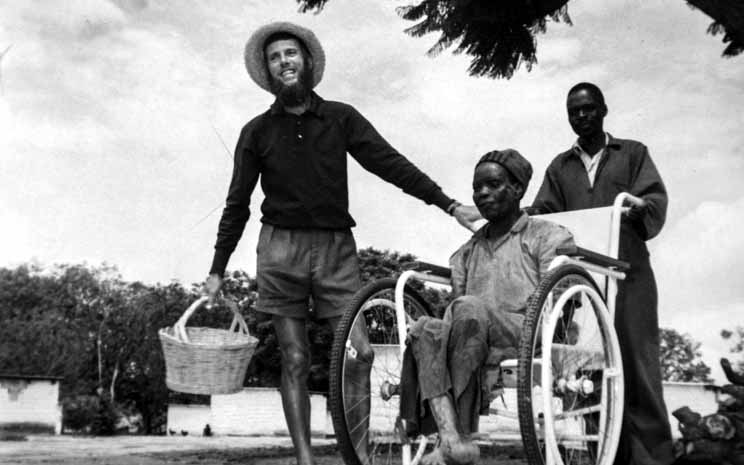 Since his death many unusual events have been reported in relation to his name.

His lasting legacy is that Mutemwa is now a place of pilgrimage, and there is a growing movement in support of his cause for sainthood.

And there is also the rich legacy of his poetry.

To those who, loving little, live life not
I make for death no deep apology;
To those who look upon it as the cot
Of rest in Christ till rising, I reply
Duly with Alleluia; but, to die
Wait not till death:
die to the deadly seven,
Put on in time sublime eternity,
Think immortality, link up with Heaven.

Jean Vanier, the founder of L’Arche, said: The story of John’s life has touched me, heart and soul, and brought me closer to God. It has revealed to me a God wonderfully full of surprises, better, more intelligent, more creative than we could imagine. An extraordinary God who cannot be confined to rational concepts or in an “ordinary” religious life.”

Didier Rance is the author of John Bradburne: The Vagabond of God, which was awarded the Grand Prix Catholique de Littérature in 2013. The UK edition of the book is sold by The John Bradburne Memorial Society in England priced at £15 inclusive of postage. Contact info@johnbradburne.com or visit www.johnbradburne.com