See the Jewels on Black Velvet 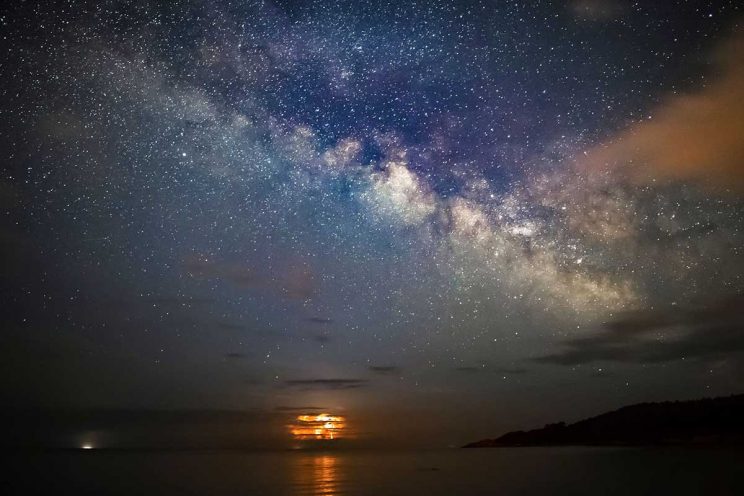 Take a look at the night sky. It is vast and dotted with balls of burning gas as scientists would put it. I prefer to be more romantic and call them stars or, as the nursery rhyme puts it, diamonds.

Christmas is a magical time. It is always an opportunity for me to reflect on how stars for millennia have been used as a compass, a source of making dreams come true, and even sorcery.

But now and then the sky is full of exhaust fumes and cigarette smoke. Anyone who has entered Johannesburg at sunset will notice a brown haze that sits on the city’s horizon. Despite this, I maintain the hope that behind the clouds and methane gas are stars that point to something greater.

Advent ceded to the stocking-up of mince pies, tinsel and candy canes. All of these form part of every family’s growing list of Christmas “essentials”. It just would not be Christmas without custard, malva pudding and a wish-granting, overweight man called Santa Claus.

Downsides of the “Festive Season”

Indeed children around the country and perhaps the world have been dragging their parents to toy shops. They beg, plead and in some cases demand and command their loving mothers and fathers to buy them the latest in Marvel Comics action figures and anything with “Star Wars” on it.

But those of us who don’t have to worry about small children haven’t been safe from the Christmas apocalypse either. One must plan very carefully before embarking on any Christmas shopping journey. It is a perilous and pricey expedition. Then there are presents to be wrapped and cooking recipes to be “stolen”.

Among the best of shoppers, there is widespread talk of “The Battle of The Trolleys”.

This usually arises when one has the misfortune of choosing to shop at a time when the malls are overcrowded. You cannot find parking. You drive up floor after floor in the parking garage to eventually find a parking spot a marathon’s length away from the entrance.

After said marathon you enter the mall and are greeted by a sea of fully-packed trolleys and screaming children. With precision you plough your way through and, with the exception of bumping into an elderly man and knocking over an ice-cream cone, you have successfully arrived at the supermarket of your choice.

You are now ready to begin the search for your stuffed chickens, mayonnaise and the crowd-pleasing box of “choice assorted” biscuits.

But what’s this? Where are all the trolleys? “They’re all gone,” they say.  In frustration you grab a basket. But wait! What’s that standing alone in the distance by the produce? It’s empty and abandoned. You put both hands on the handles and begin to push it away. Just then a stern voice is heard behind you. “That’s my trolley,” she says. As a defence you feign deafness and pretend not to hear her and continue to walk.

It’s a war out there. Don’t say I didn’t tell you.

Despite the retail chaos, humanity has not completely lost the plot when it comes to Christmas. The trees and light poles were lined with little bulbs that light up in the evening and turn the streets into a model of the night sky. It is dark, black and holds in its arms every twinkling and glittering constellation.

The Threads of God’s Tapestry

I feel bad for those who have become so consumed with the errands of the day that they have not taken the time to lift their heads and count the white threads in God’s own tapestry. They sit like jewels in a black velvet box.

God chose a star to point to his own son, so they must be worth pondering. Vincent van Gogh understood this. His famous painting “The Starry Night” was inspired by God’s condescension to our level.

This coming down to humanity, this advent of a king, brings a few wise men to follow a star all the way to the Christ child, an event we celebrate in the feast of the Epiphany. How brightly it must have glowed. How illuminated was the sky back then. “Star of wonder, star of night, star with royal beauty bright”.

As the new dawn of 2018 has broken, our hearts are braced for new beginnings. A new sky is set before us. Just as the Southern Cross shines brightly across its ebony backdrop, so will there be people who will shine a light on our dark world.

It is my hope that despite the “clouds” and the various forms of “pollution”, humanity will be able to see these stars.

The Season Of Great Expectations

Why We Must Wait For The Lord

Christmas Giving that Conveys God’s Love For Us