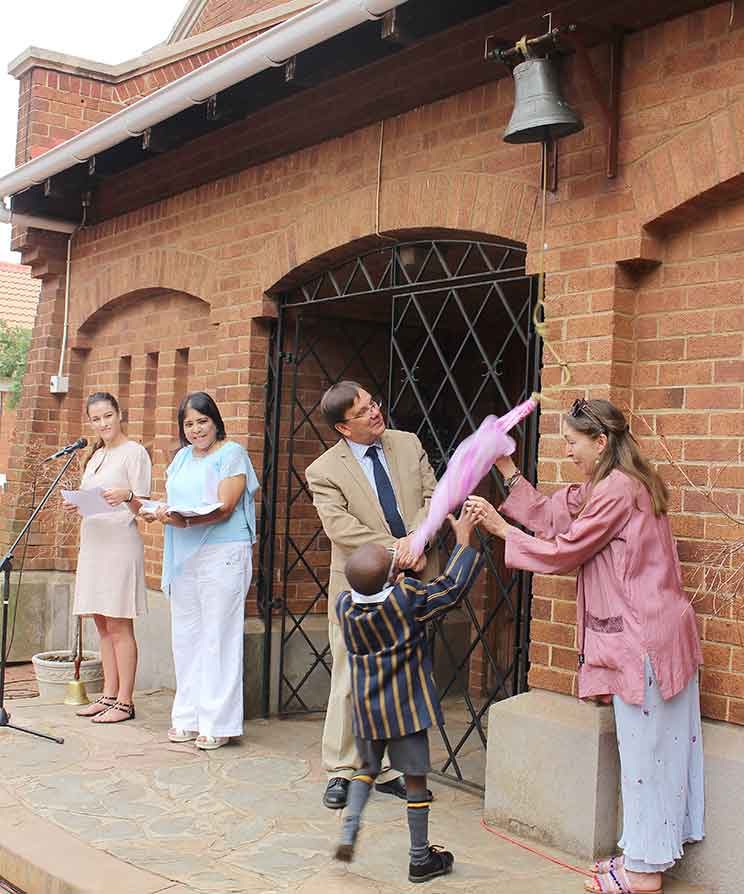 Sacred Heart College in Observatory, Johannesburg, marked the new school year with each Grade 1 pupil having a turn at ringing the school chapel’s bell, symbolising the beginning of their school careers.

Dr Mark Potterton, who recently joined Sacred Heart as primary school principal, also rang the bell to mark the start of his tenure.

At the end of the year, the 2018 matrics will each ring the bell at their valedictory Mass.

History of the Bell

The bell comes from the Marist Brothers’ general house in Grugliasco, northern Italy, where it had been since the late 1800s.

This house was moved to Rome in the late 1950s, at which time Br Jordan, principal of Sacred Heart College and responsible for building the school’s chapel, asked that the bell be given to the college.

Behind the altar of the chapel is a statue of Marist founder Marcellin Champagnat, sculpted by Zoltan Borbereki.