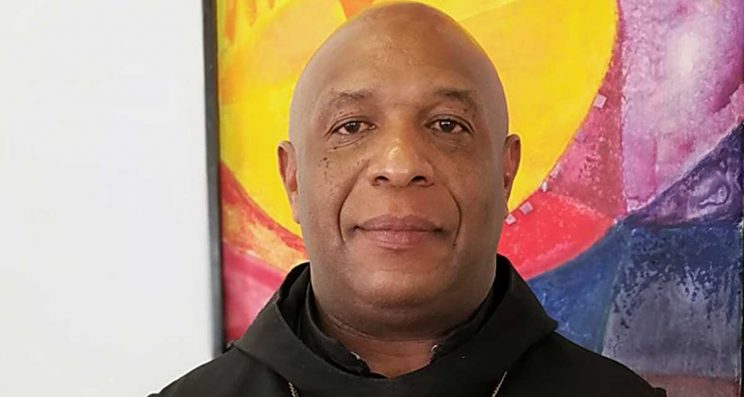 The monks of Inkamana Benedictine abbey in KwaZulu-Natal have elected their third — and first African — abbot and his abbatial blessing will take place this month.

Fr John Paul Mwaniki was confirmed in office and installed on the same day by the abbot-president of the Congregation of the Missionary Benedictines of St Ottilien, Abbot Jeremias Schröder.

The announcement took place in the abbey church, where students, workers, Sisters, and neighbours gathered after hearing the bell to see and meet their new abbot.

Born in 1967 in Kitale, Nairobi, Fr Mwaniki studied at the University of Nairobi and St Joseph’s Theological Institute in Cedara, KwaZulu-Natal.

In 2000 he made his solemn profession and was ordained a deacon in the abbey church of Inkamana. He was ordained a priest on December 15, 2001, in Tigoni, Kenya.

From 2002-05, Fr Mwaniki served as novice master of the Benedictine monastery, and from 2005-08 as a parish priest and the superior of Ruaraka Benedictine community in Kenya.

In 2010 he served as rector/superior of the Benedictine Study House in Cedara and from 2011-15 as cellarer (or bursar) of Inkamana abbey.

Under Abbot Godfrey Sieber, he served as prior of Inkamana, and in February 2015 he was elected prior administrator.

Fr Mwaniki’s abbatial blessing will be on April 21 at 10:00 in the abbey church of Inkamana, by Bishop Thaddeus Kumalo of Eshowe.