Our Dance With Time 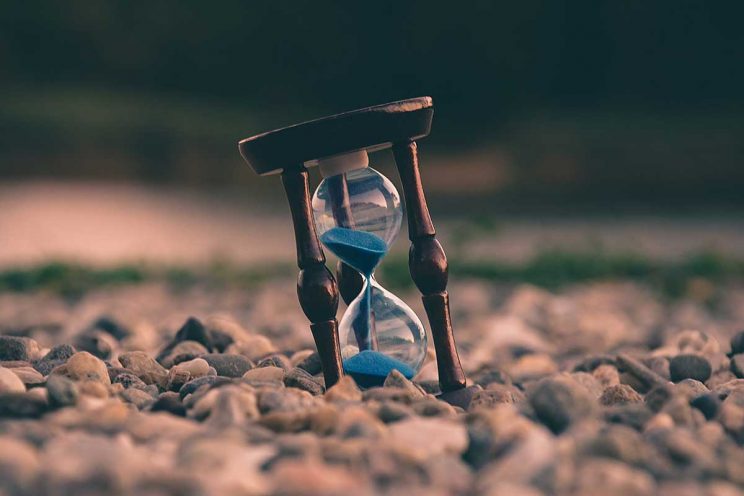 Many of us have had the misfortune of watching time move as quickly as a tortoise. There are times in our work, school or ministry that bring us to a moment of staring helplessly at a clock.

Many of my school days were filled with dry moments of boredom and nothingness. I would wake up at 5:30 and time would drag me through one hour of learning pronouns, verbs and adjectives, an excruciating 40 minutes of examining the Theorem of Pythagoras, and another lesson of learning verbs and how to conjoin sentences, this time in Afrikaans.

This brings me to see how humanity has managed to view life as a complex calculation of years, months, weeks, days and minutes.

Are We in Control of Time?

It appears that we are in control of time and yet so frightened of losing it. We are forever in reach of time yet never close enough to fully grasp it. There are clocks everywhere and if you have the correct application on your computer, you will be able to tell what time it is in any city in the world.

A consultation of any well-chartered atlas will show you where the International Date Line resides so that no human being needs to be confused about when the next day will begin.

As fond as I am of alarms and calendar reminders, I do wonder what it would have been like to live in a world where time was told by the crowing of a rooster and the footsteps of nocturnal creatures.

I am not alone in this. Many a quantum physicist has dreamt of hopping into a loud, shiny hovercraft and whizzing back into centuries past.

The abundance of psychics, tarot card readers and horoscope printouts seems to suggest that we are aching to know what the future holds. This is usually done by means of reaching out to powers whose resting place is unbeknownst to us and whose influence is immeasurable.

Heaven forbid such a power would fall into the wrong hands. What would the world be if Abraham Lincoln had not abolished slavery in America? How would the Church have grown without the martyrs? Where would you be if your parents had never met?

The past is not the only thing that inspires humanity’s curiosity. The abundance of psychics, tarot card readers and horoscope printouts seems to suggest that we are aching to know what the future holds. This is usually done by means of reaching out to powers whose resting place is unbeknownst to us and whose influence is immeasurable.

But time in our world is always something finite. It always starts and ends. We have birthdates and days of death. We have sunrises and sunsets.

Time has seen the rise of the Mayans and the Incas. It has also witnessed the ending of these once great civilisations. It watched as King Shaka ruled over the Zulu people only for his reign to end by the spilling of his blood at the hands of his brothers. It has seen flags flown at full mast and heard cannon balls tearing through the Bastille.

All this and more has been given to Time. He’s a popular kid. Who wouldn’t want to be friends with him? We see that celebrities, politicians and fortune tellers will snuggle up close to Time in the hopes that it will give them the keys that open wide the doors to forever.

But Time is no fool and does not give in to shallow whisperings and other seductions. It is not manipulated by potions and spells. It is like the wind that comes before each rain in October: warm, pleasant and full of promise. But those who try to catch it will feel the warm breeze upon their skin and soon notice the emptiness in their hands.

What lone wolf are you and what free spirit becomes you, oh dearest Time? It is you whom I cannot grasp with my fingers and place in the safety of my satchel.

We Are Eternal – Wherever We End Up

It is understood in the Christian world that God intends for us to live forever. But the concept of a world without clocks or calendars is baffling and unimaginable to me.

Perhaps is it not that in our eternal life Time will disappear but rather that we will no longer be haunted by its ghost. We will not have to chase after its rolling wheel of dusks and dawns. I believe that when the sweet harmony of eternity begins, we will hold on to Time’s waist and dance with it to a song that never ends.

Time is a bubbling elixir of the here and now stirred with the drops of yesterday slowly dissolving to the bottom. At the top rests the tasteless froth of the future, for today we cannot know its flavour.